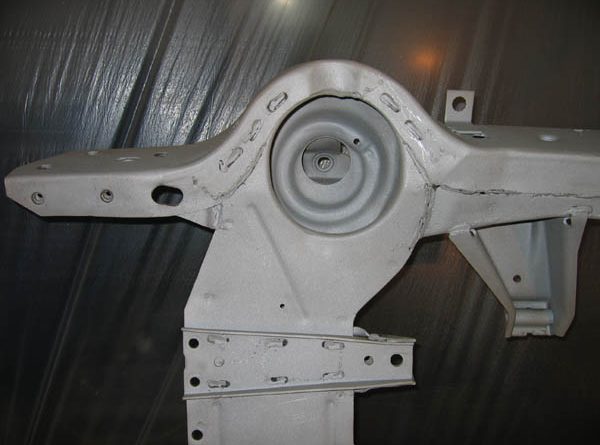 Well, it’s been slow going lately. I haven’t been able to put as much time into working on the car as I would like. As I mentioned in my last update, I decided to build a sandblasting tent in my garage to avoid having to move the frame in and out every time I wanted to sandblast. Plus, fall weather here in Maine can be ‘uncooperative’ at times. After picking up some poly at the local home store, I got to work stringing up a quick tent. The end result is shown below. 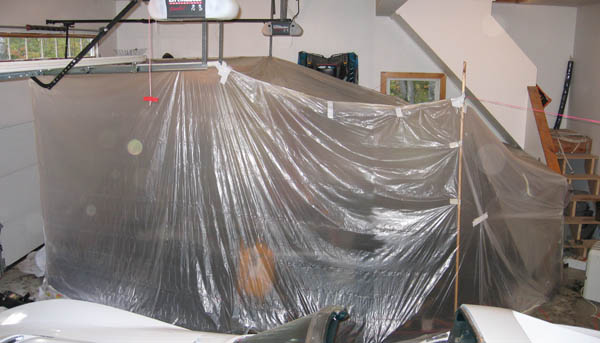 A view from the inside of the tent. For an hour and a half of work I think it came out pretty well. I placed a fan in the far corner to help keep air circulating and to help clear out some of the dust. To keep the dust from dumping directly into the garage I made what amounted to a 5 foot long wind sock out of a few household trash bags and taped it around the perimeter of the fan cage. It worked better than I had planned, I just opened the garage door about a foot and the sock carried the dust directly outside. 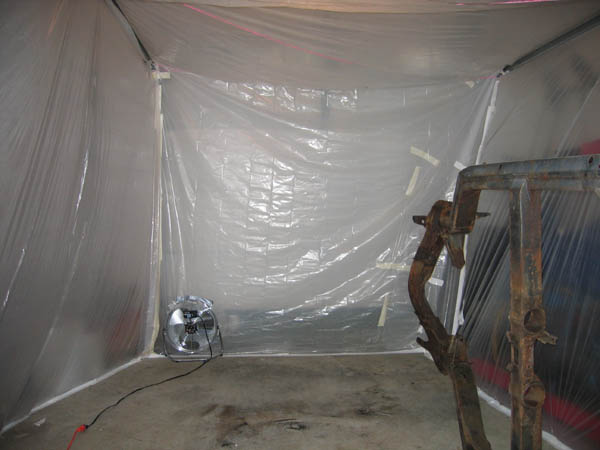 I continued with the blasting, this time on the bottom of the frame. It was slow going. As it turns out my compressor just can’t push enough air so I had to stop every 5 minutes or so to let the compressor catch up. I would have thought my 30 gallon compressor pushing 6.4 SCFM @ 90psi would have done a little better keeping up, but oh well. I tried using smaller blasting tips but they clogged too often. Buying another compressor isn’t in my future so for now I’ll deal with the delays. 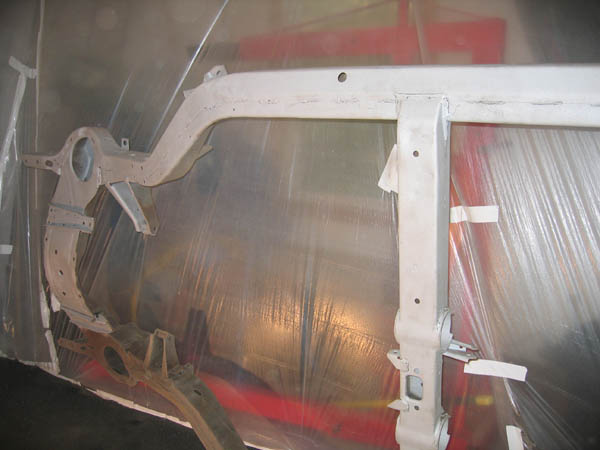 The frame sure looks better after blasting though! 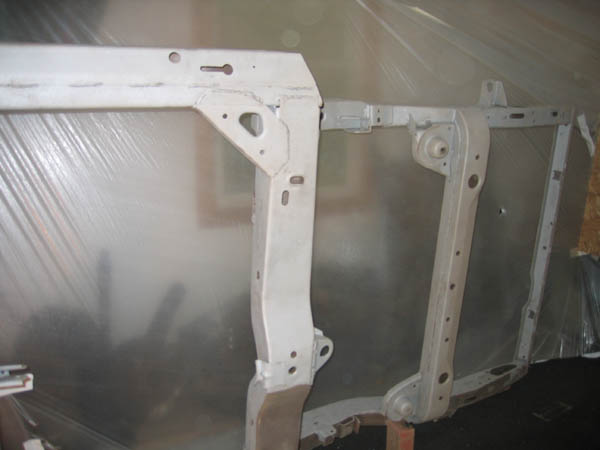 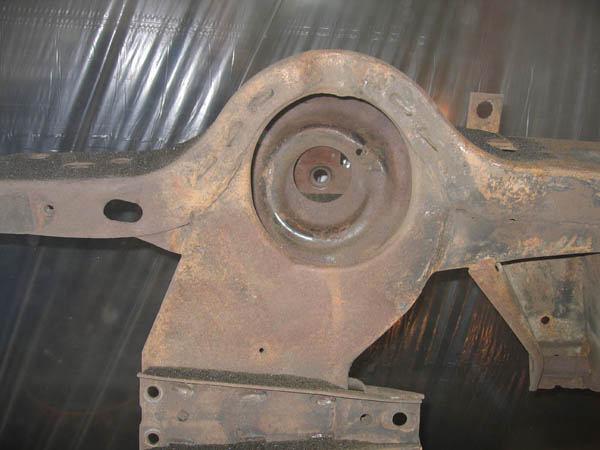 After blasting. It sure does a good job! 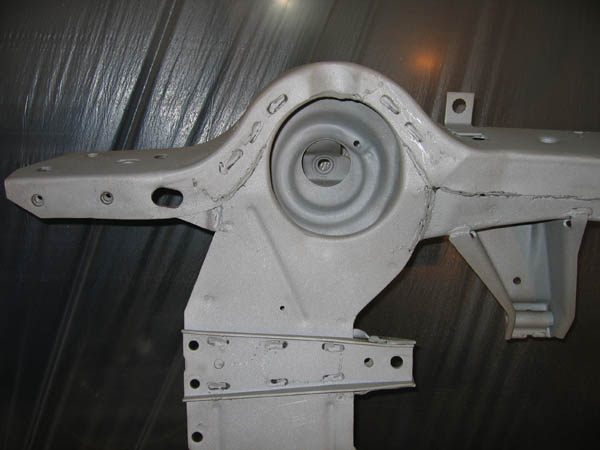 Well, that’s it for this update. In addition to the actual ‘work’ shown above, I’ve been doing a considerable amount of research looking at replacement parts and figuring out what I want to replace on the chassis. It’s turning out to be a much larger component of the project than I had originally planned. Although these hours are not reflected in my project timer, I’d guess my time spent doing research is probably about double what’s shown on the timer. Yikes!