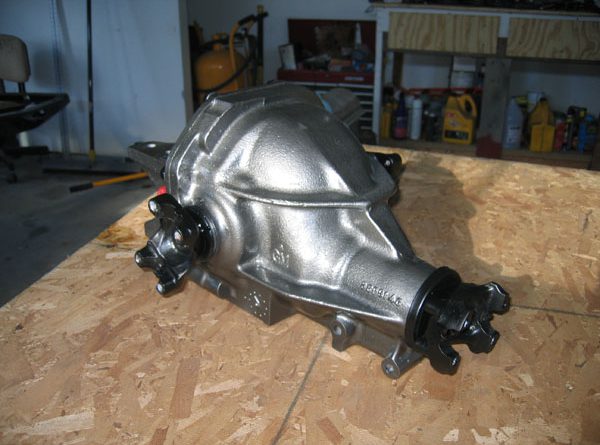 Good news, the frame painting is finally finished! I got the final coat on and I’m quite pleased with how it came out. I decided to go with a semi-gloss finish and really like the way it looks. Below are a few pictures of the finished frame. 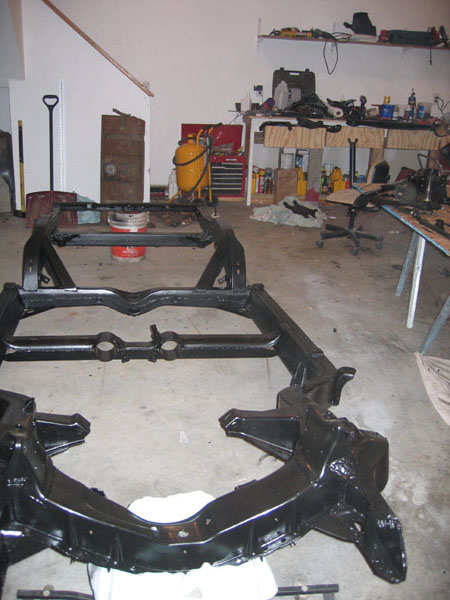 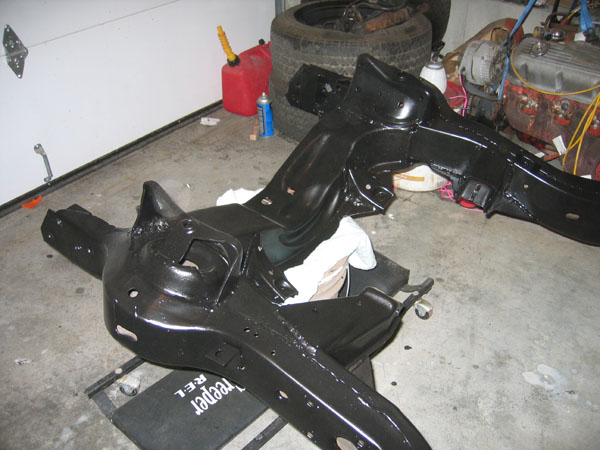 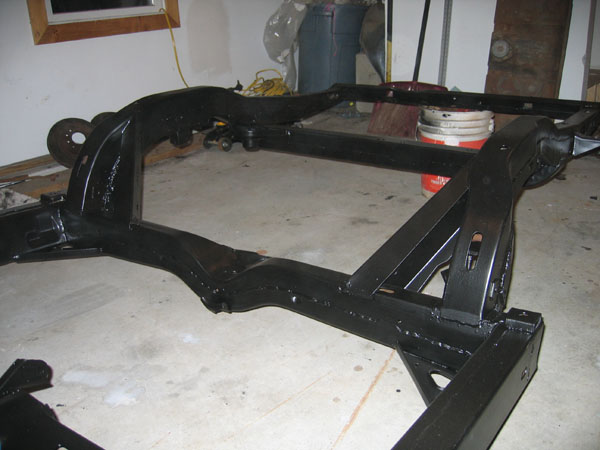 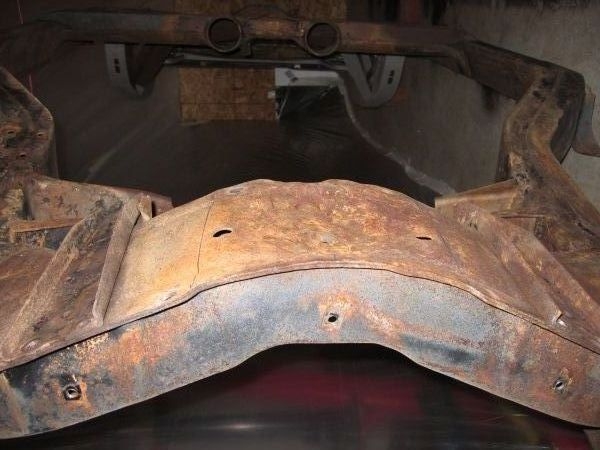 I think the repair turned out pretty good! (a little dusty in this photo though) 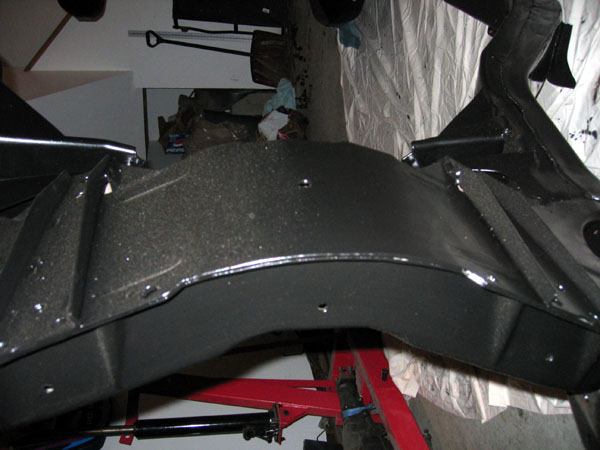 Now that the frame is out of the way it’s time to move onto cleaning and painting all those other chassis pieces cluttering up my garage. The two photos below are just a few of the many that need to be cleaned and painted. Notice the oil leaks at the differential side yokes and pinion. I decided to replace those three seals, as well as the differential cover gasket, to make sure they don’t reappear later. 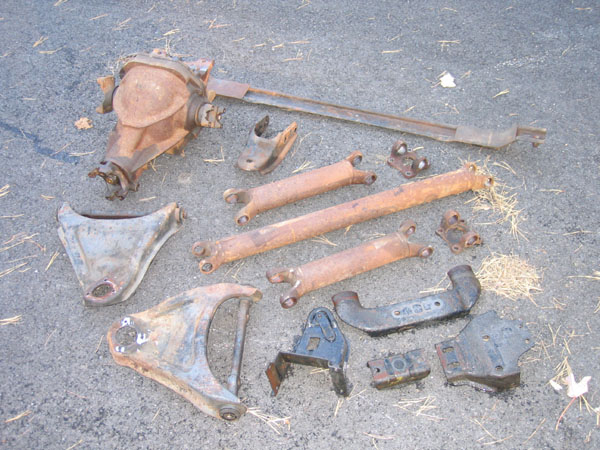 Disassembly of the trailing arm assemblies was a bit of a chore. There’s a lot of truth to the saying “Don’t force it, get a bigger hammer!” I was pretty worried about marring the threads of the spindles while trying to remove them so I placed a deep socket over the threaded ends of the spindles and hammered against that. The socket rested directly on the shoulder of the spindle which prevented damage to the threads. Overall it seemed to work pretty well. 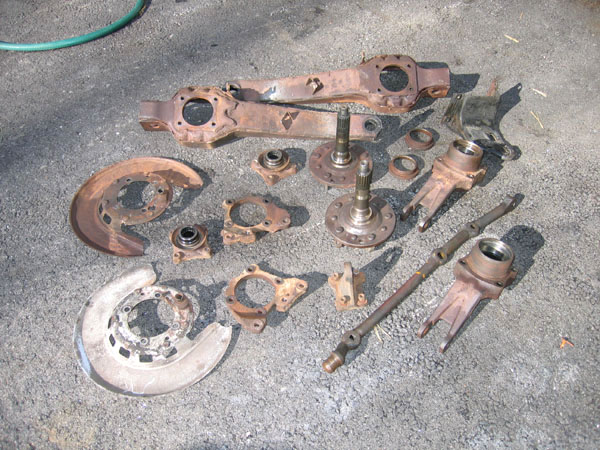 Whoa! This is how the drivers side rear wheel bearings looked after removal. Some of the damage may have been done during removal, but I think it explains all the play (+/- 1/4″) in the rear wheel assembly before I took it apart! 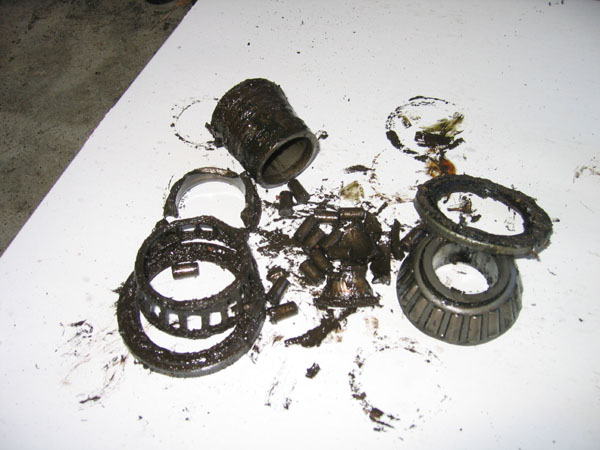 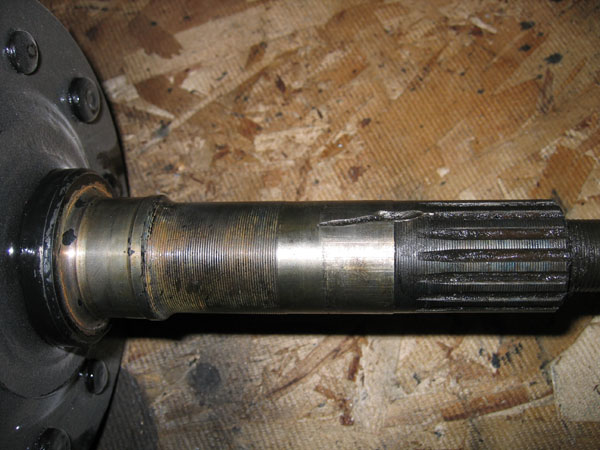 I’ll come back to the whole rear wheel bearing / bad spindle issue once all the trailing arm pieces have been cleaned and painted. One thing is for sure, all these little parts take a lot of time! Between all the cleaning, prepping and painting it takes a lot of patience. The parts below have the first and second coats of POR-15. For the top coat, some will be painted semi-gloss black like the frame and a few will be painted to resemble the original cast iron finish (gray). 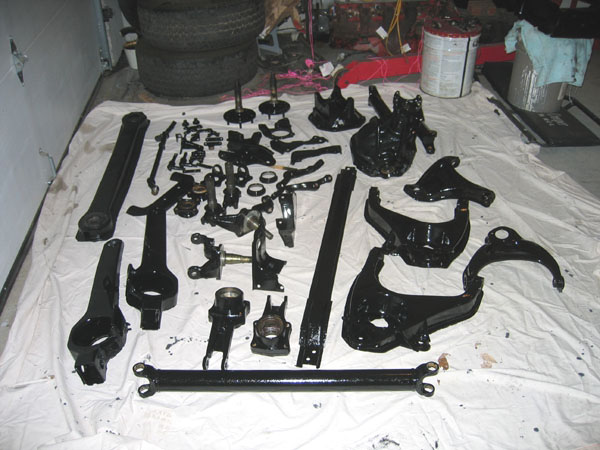 Time to tackle those leaky seals on the differential. With the cover removed I was relieved to see the differential appeared to be in great shape and showed only minimal signs of wear. 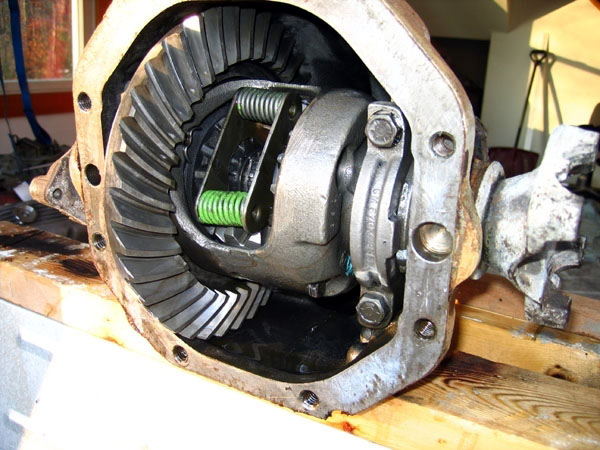 Thankfully, inspection of the carrier didn’t reveal any stress cracks. Usually they form at the corners of the rectangular view / access windows pictured here. 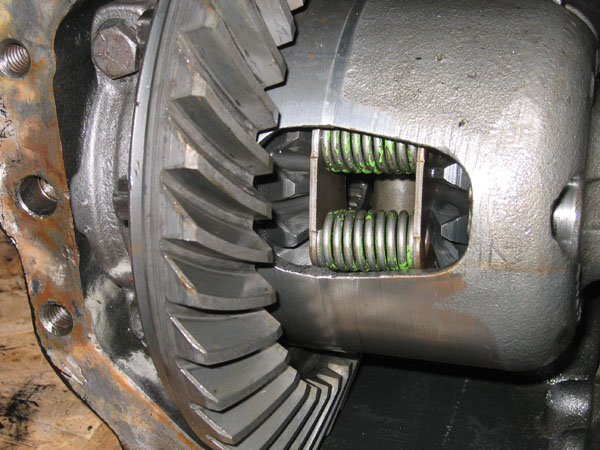 Replacement of the side yoke bearing seals was pretty straightforward. I was able to easily slide the side yokes out once the snap ring at the end of each yoke was removed. I then pried the old seals out with a screwdriver and carefully drove the new seals in place. I used a hammer with a large diameter socket to install the seal to ensure I didn’t accidentally damage or dent it. The yoke bearings looked to be in good condition and the play was found to be in tolerance before disassembly so they weren’t replaced as part of this work. 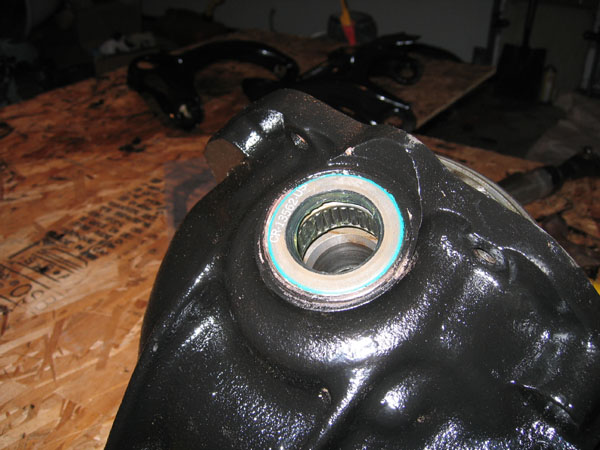 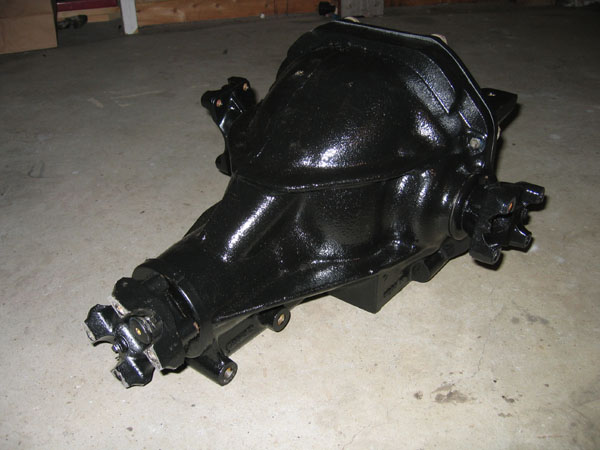 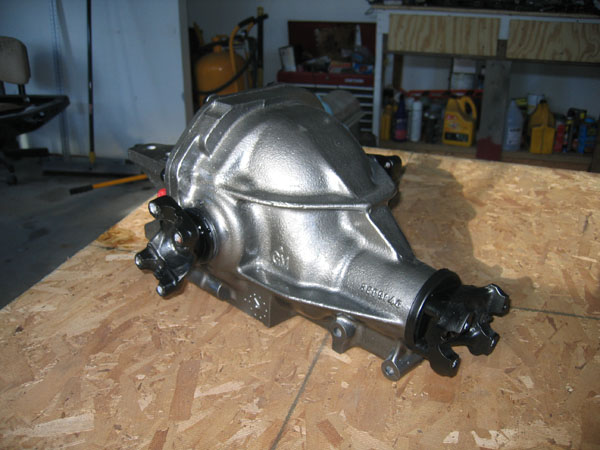 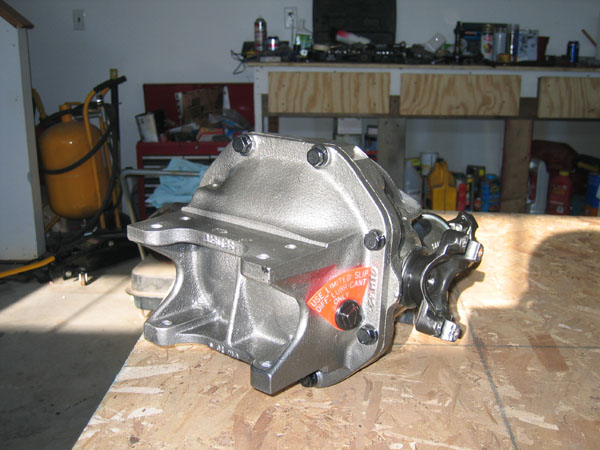 While painting the differential, I also did the drive shafts and half shafts. 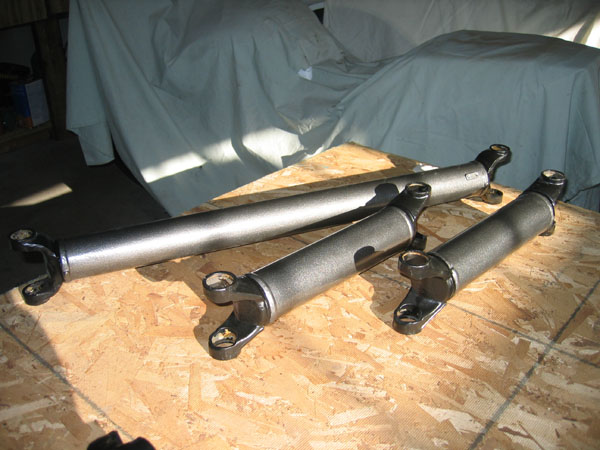