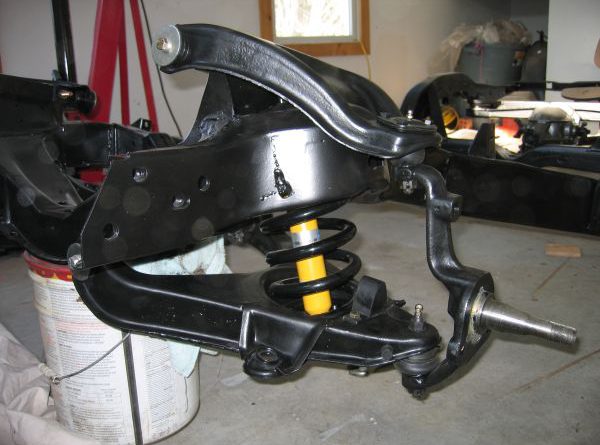 Well, this has been a while in the works but it’s finally time for some major reassembly. I’m really looking forward to having a rolling chassis again. In the last update I was working on the trailing arms and had installed new bushings in those. When it came time to do the rear wheel bearing installation I decided it was best to have them done by a professional who had the tools and equipment necessary to do the job right. Sure it cost’s more to have someone else do them, but it’s worth it knowing that I won’t have to rip apart the rear end in 10,000 miles because the bearings failed…. So, since the trailing arms were still at the shop I focused my efforts on the front suspension and steering.

Since the last update the lower control arm cross shafts finally arrived so I was able to finish up the lower control arms. I decided to go with all poly bushings on the car based on the increase in handling performance they provide. However, they require a little more work to install as compared to the stock rubber bushings that can be simply pressed into place. In order to prevent the bushings from squeaking, the inner bushing sleeve needs to be trimmed so that it extends approximately 0.01″ to 0.02″ past the outer edge of the bushing. Here I’m getting a rough idea of how close things are. Looks like this sleeve will need to be ground a bit shorter to fit properly. 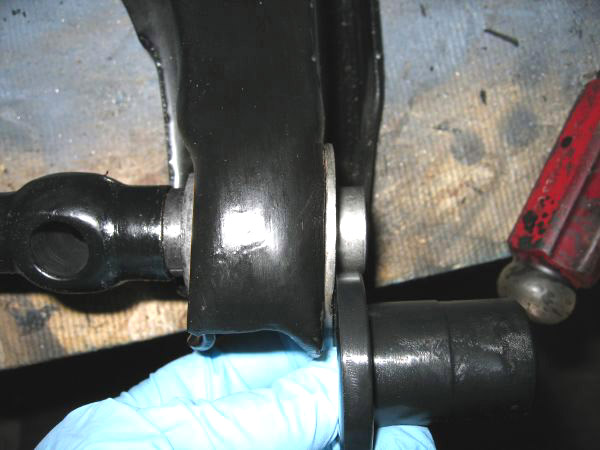 A few trips to and from the bench grinder and this is what I ended up with. Here I’m measuring the inner sleeve stick-out using a 0.02″ shim I had in the garage. Of course before doing so I double checked to be sure the inner sleeve was tightly seated against the cross shaft shoulder, and also that the bushing was tightly seated against the outer sleeve. Things look about right so I’ll go ahead and finish assembly. 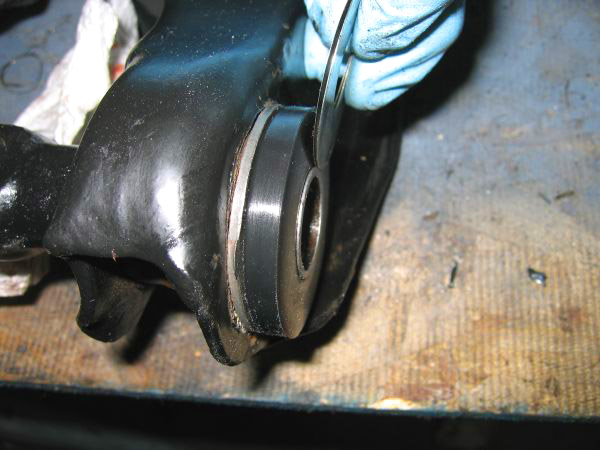 Here the outer washer, bolt and lock washer have been installed. In addition, I also used loctite on the bolts. This really isn’t something I want coming apart when I’m cruising down the road at any speed! As a note, the outer washer is larger in diameter than the bushing and is giving the appearance that the gap is quite large in the photo below, but it isn’t the case. Everything was checked after assembly, +/- 0.02″ play both sides all around. 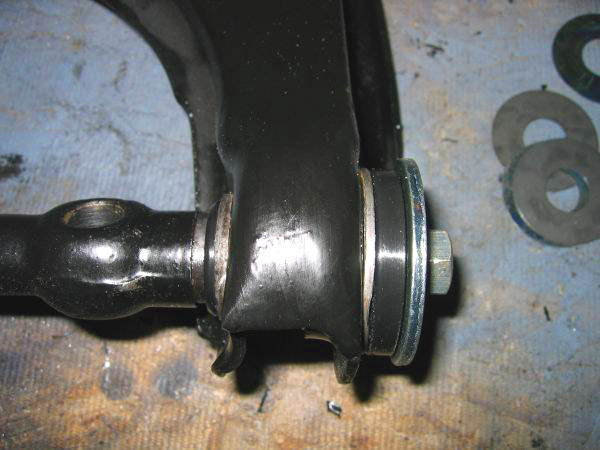 The finished products. I say it’s time to put the front suspension together! 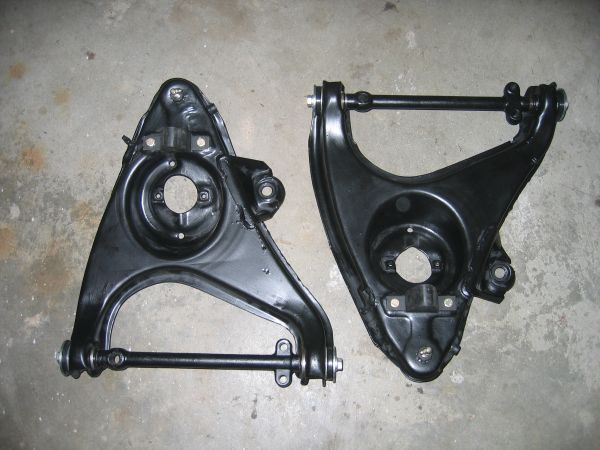 Reassembly of the front suspension went pretty smoothly. Since I’m using aftermarket coil springs which are considerably shorter than the stock coils, a spring compressor was not required for reassembly. Once everything was put together I went through and torque everything in accordance with the “Corvette Assembly Instruction Manual” – A very useful guide for anyone considering doing substantial work to their Corvette! 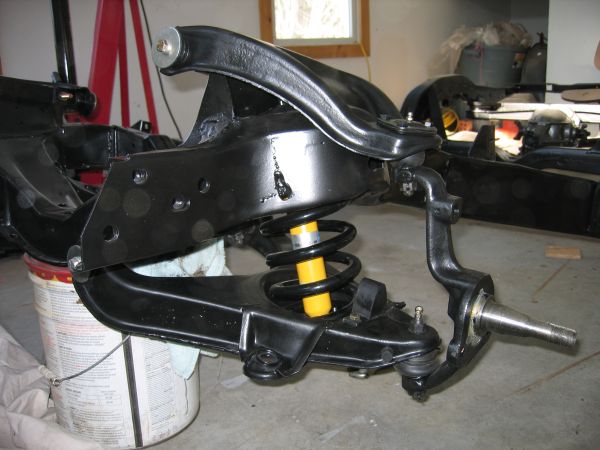 Included with the suspension upgrade kit I bought were new Bilstein Sport Shocks. They should make a huge improvement over the stock shocks, heck I think the ones on the car were factory originals – they sure looked it! 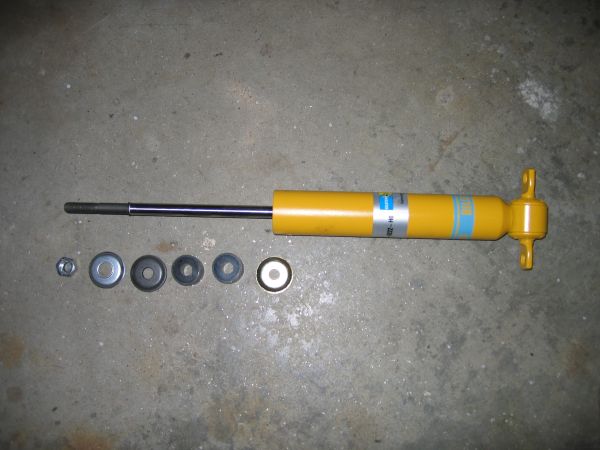 Well, if I’ve learned anything during the course of this project, it’s that there’s always something that doesn’t go according to plan. Having said that, there’s a definite problem in the photo below, can you spot it? 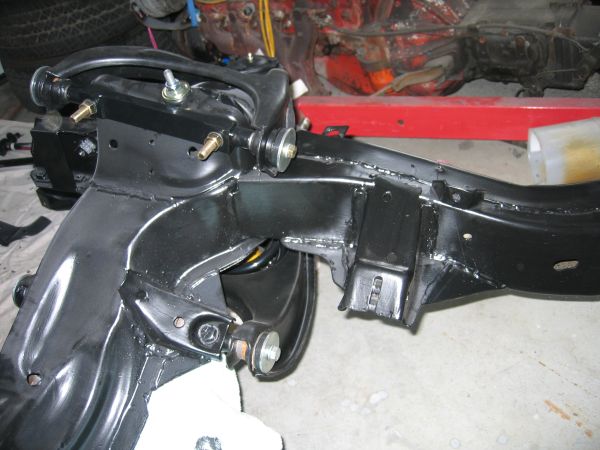 Well, it sure would be hard to install the new idler arm with that frame gusset in place! I believe this is what they call a rookie mistake! 🙂 Well, the idler arm isn’t exactly an optional item so I guess I’ll have to break out the sawz-all. 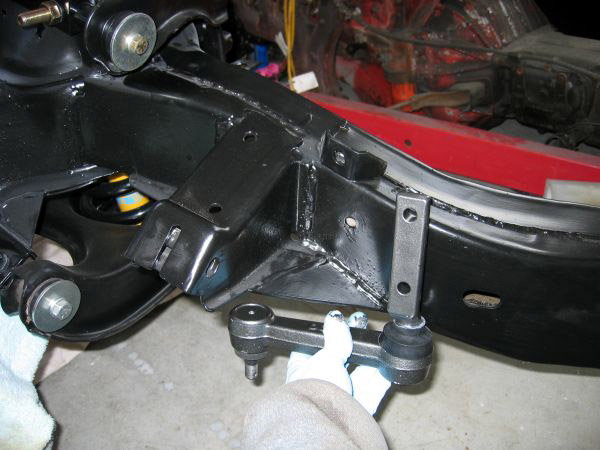 My poor paint! At this point I’ve removed the majority of the gusset with the sawz-all and now I’m grinding the cut edges smooth prior to prepping and painting (again). 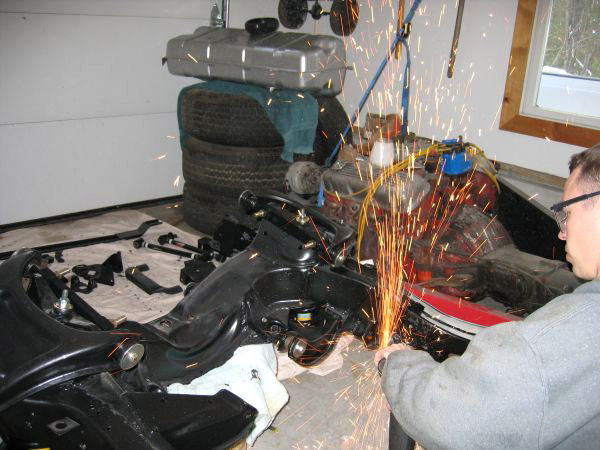 A little more grinding to feather out the edge of the gusset and I can touch up the paint. 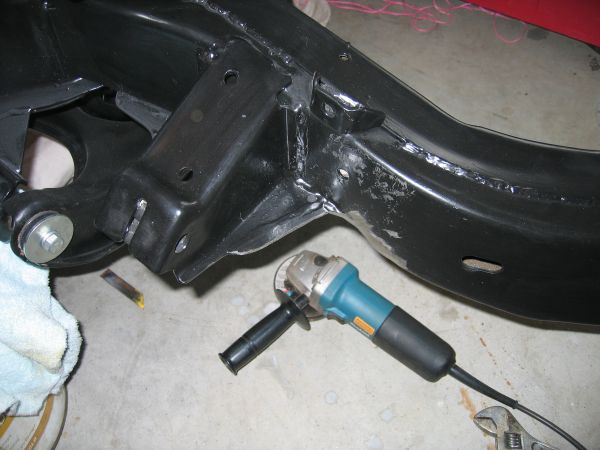 All painted up with the new idler arm installed. Unfortunately a similar problem exists on the drivers side of the frame, only this time the gusset is where the steering box needs to go! 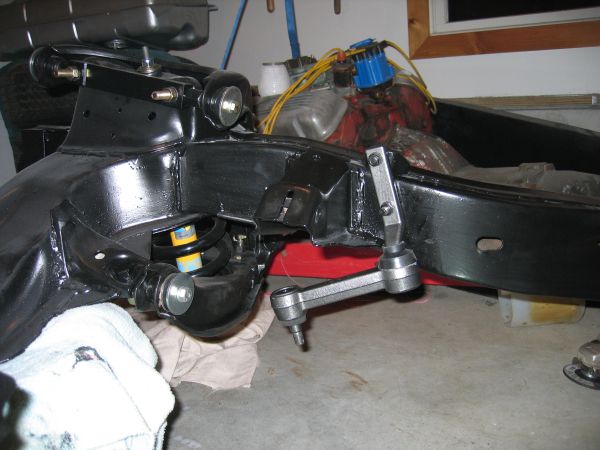 Moving right along, here the power steering cylinder, control valve and steering relay rod have been installed. The old control valve and ram were in pretty rough shape and suffered from leaky seals, rust and years of neglect. As a result new rebuilt units were bought and installed. 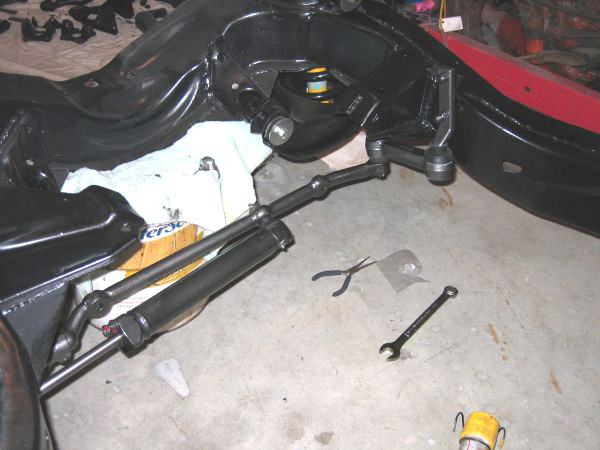 Yep, the steering box won’t fit real well with that frame gusset there. Too bad I didn’t realize until after I put the steering components in. They’ll have to be moved safely out of the way when trimming that plate to prevent damage. I think I’ll save that for another week though… 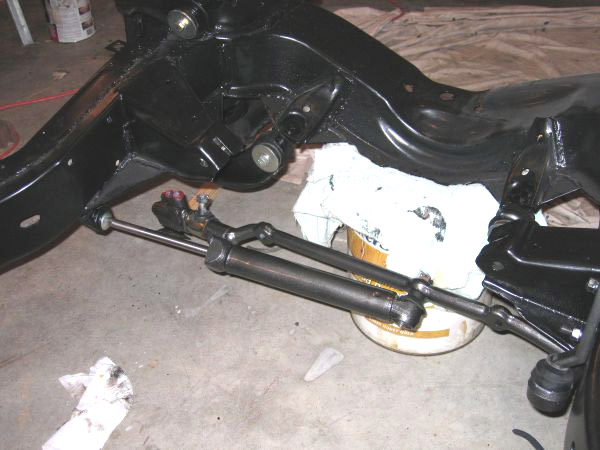 In order to complete installation of the steering components I had to first install the dust shield, shield gasket, caliper bracket and steering knuckle at each side of the car. My progress is shown below. 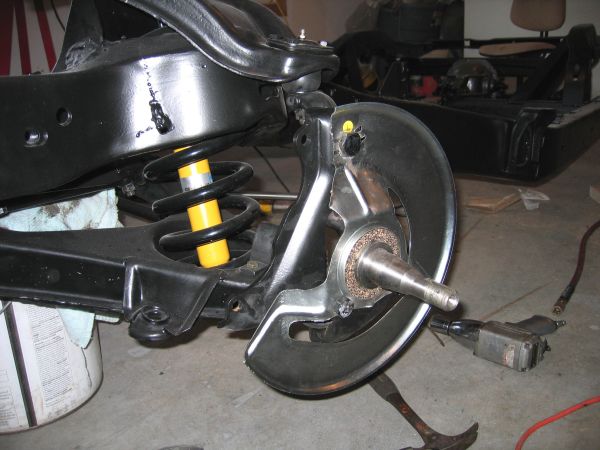 Well, It’s really nice to see things start to come together. It’s actually beginning to look like a chassis again! 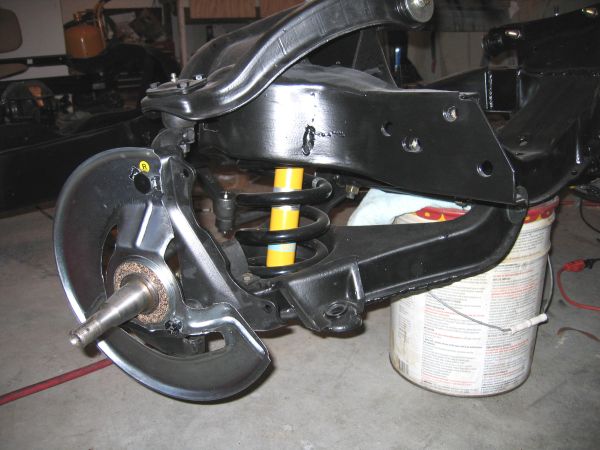 The next update should bring the front suspension and steering pretty close to completion. Stay tuned!