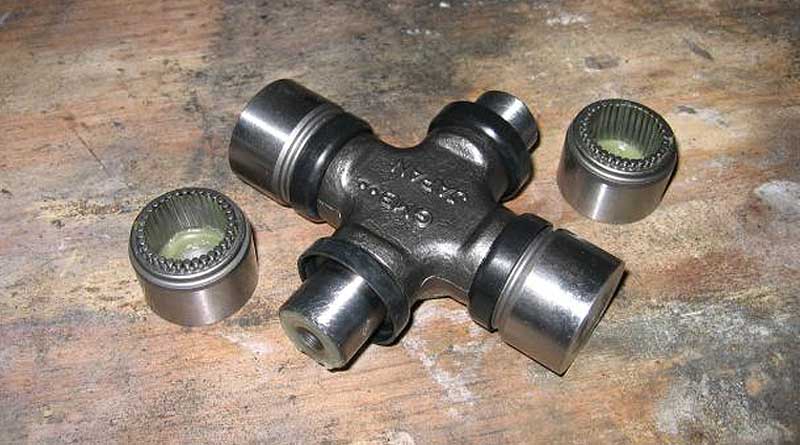 Ok, things are starting to move along now. As of the last update I had completed assembly of the front suspension and steering so now I’ll move onto getting the rear suspension and driveline components installed. First on the list is installing the new universal joints in the half shafts.

The first step was to do a little clean up. Back when I painted the half shafts some of the POR-15 ran into the grooves for the retainer clips. In order to allow the snap rings to seat properly the excess paint needed to be removed. A few minutes spent with a Dremel tool and a cut-off disk did a nice job. 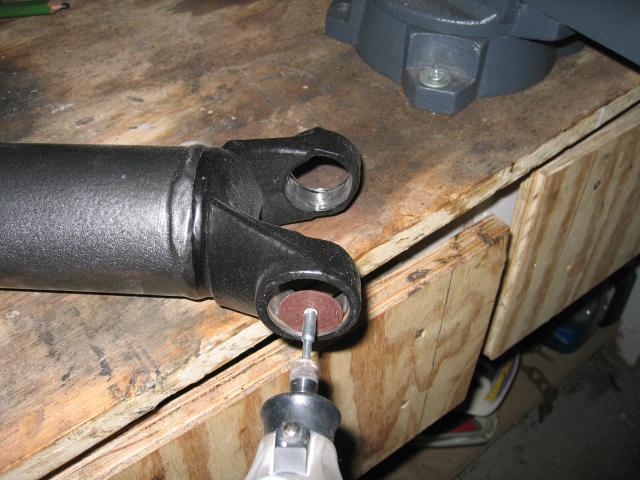 Here’s one of the new universal joints. In order to install them in the halfshaft flange it was necessary to remove two of the caps from the trunnion. Only after removing the caps could the trunnion be centered in the flange. 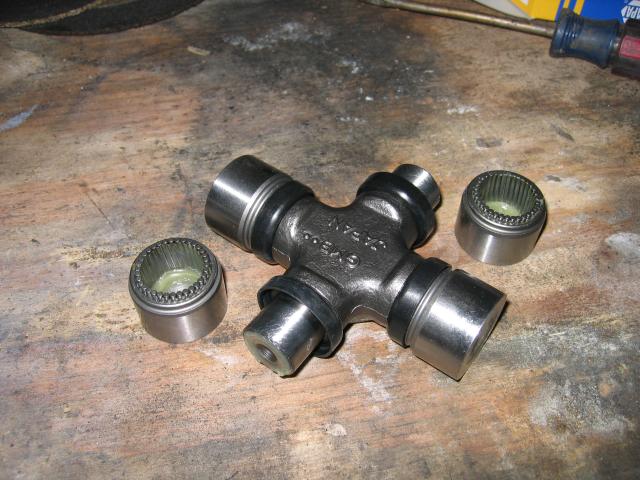 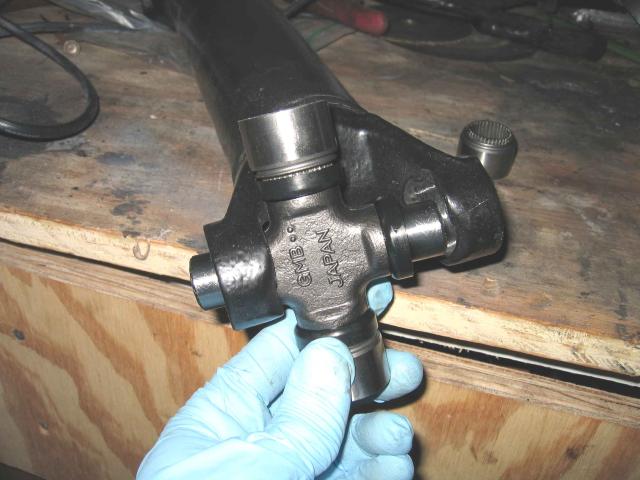 Once positioned in the flange I was able to center the first bearing cap on the trunnion and press it into the flange. In order to install the second cap a socket was used to press the first cap into the flange as far as possible (about 1/4″ deeper than necessary). Next I centered the second cap on the trunnion, pressed it into place and centered the universal joint in the flange. Lastly, I installed the snap rings on each side of the joint. 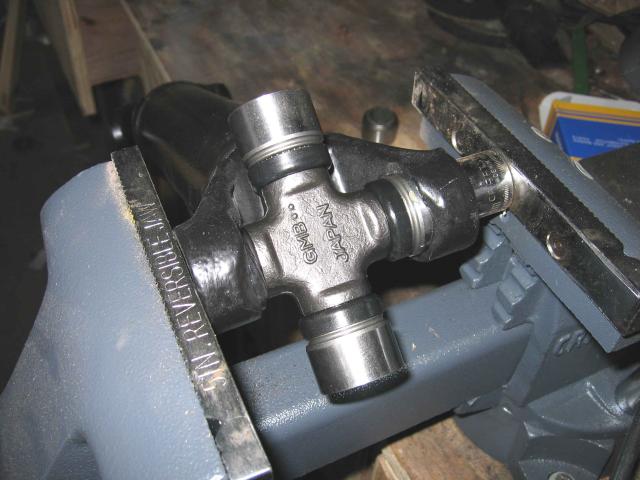 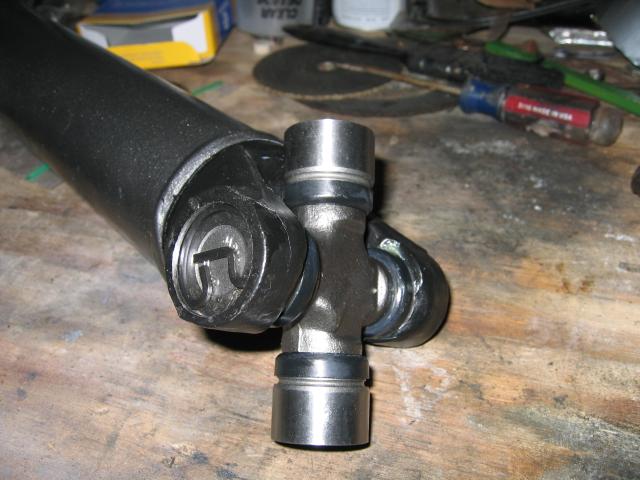 Here are the completed halfshafts ready for installation. I’ll have to put that on hold though. I’m still waiting for that dial gauge I ordered last week. Until that comes in I can’t finish and install the trailing arms (which needs to be done before the halfshafts are installed). 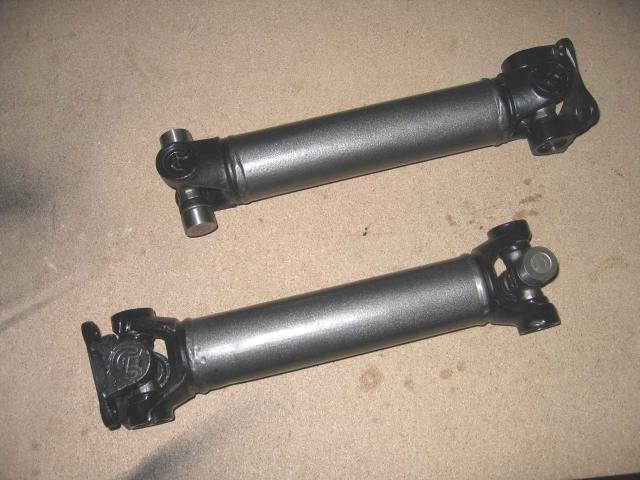 That’s it for this update, just a quick one. Another one will follow shortly where I’ll be tackling the installation of replacement brake and fuel lines.