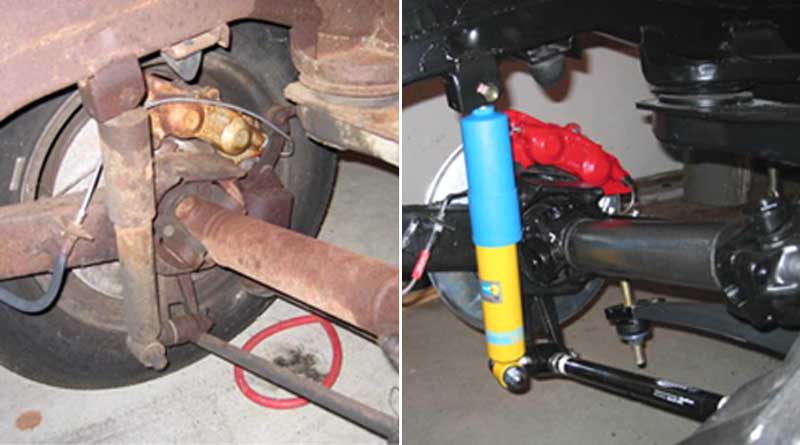 Well, a significant milestone has nearly been reached – the rolling chassis is now about 99% complete! As a recap of the progress I thought it would be interesting to show some before and after photos of the chassis. So, here are the photos – enjoy! 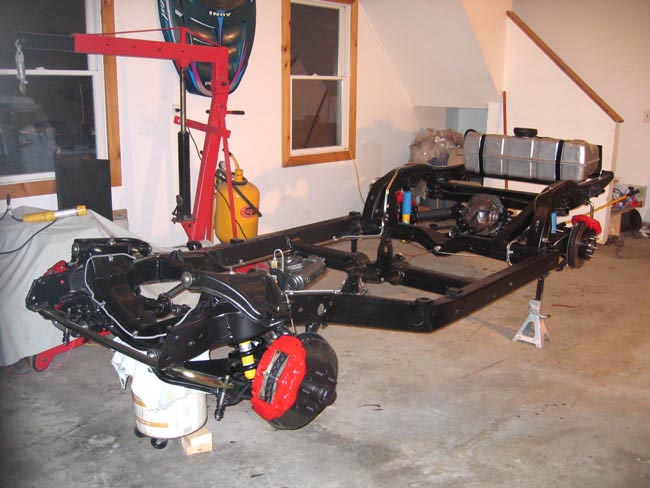 As a recap I thought it would be interesting to show some before and after photos of the chassis. Until I looked at the original photos I forgot how ugly the chassis was when this project got started. So, here is a before photo of the front frame cross member (below the engine) looking toward the rear of the car. 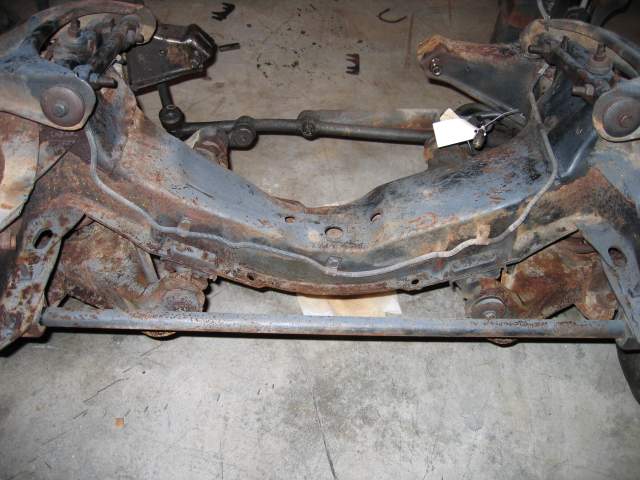 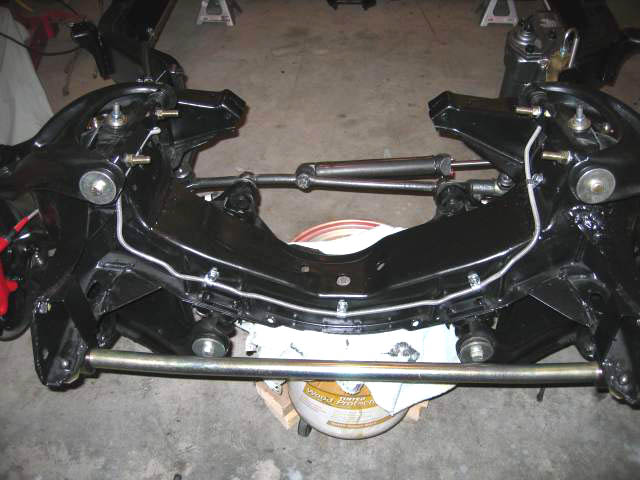 Before: Looking at the idler arm & passenger side front wheel from about where the passenger foot compartment would be. 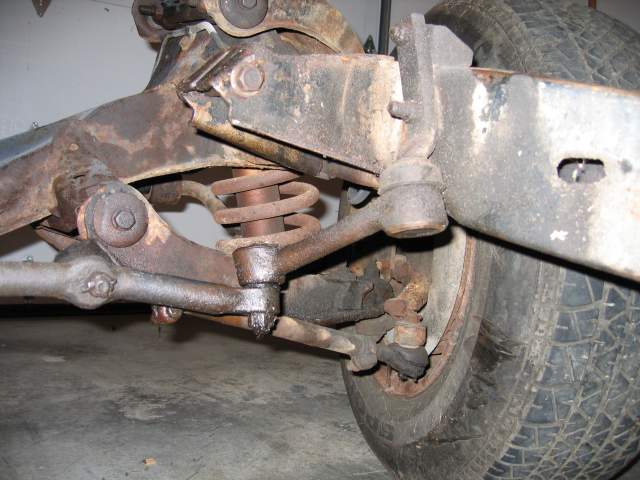 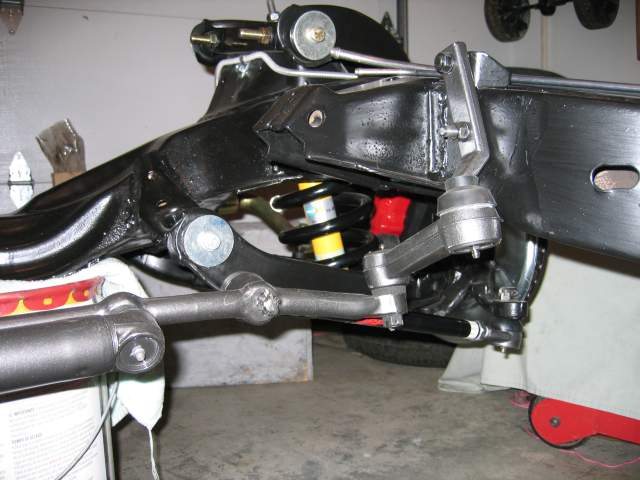 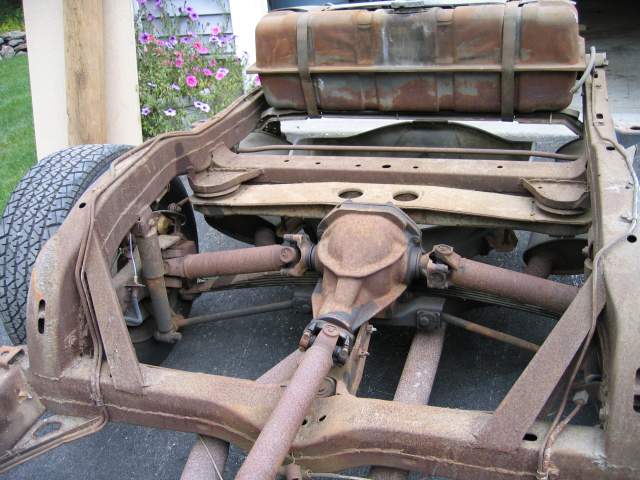 After: (Holy crap what an improvement!) 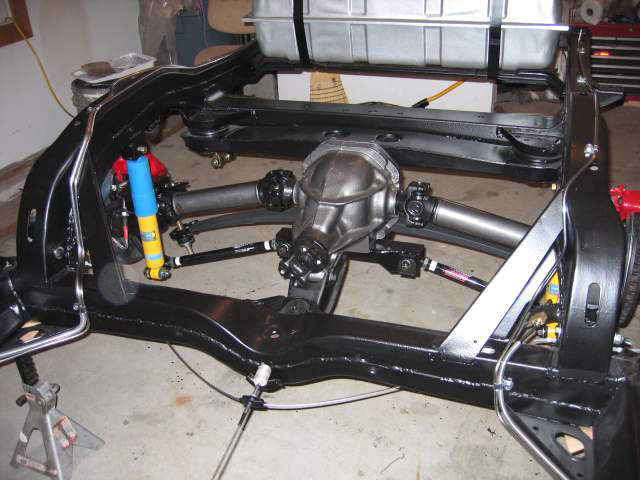 Before: Looking at the rear passenger side trailing arm & rear wheel assembly. 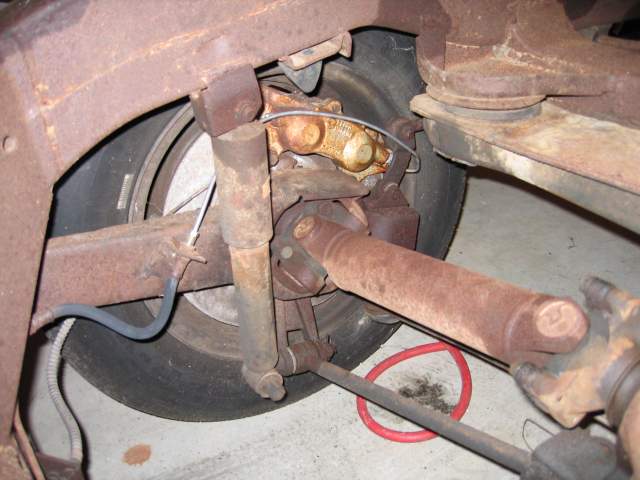 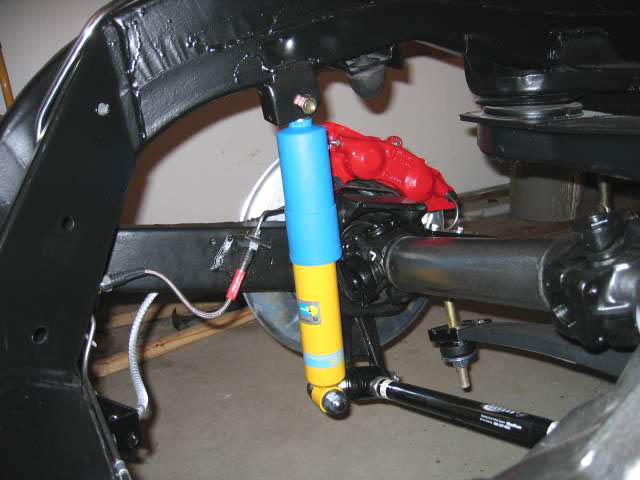 Before: Looking at the rear passenger side wheel from behind the car. 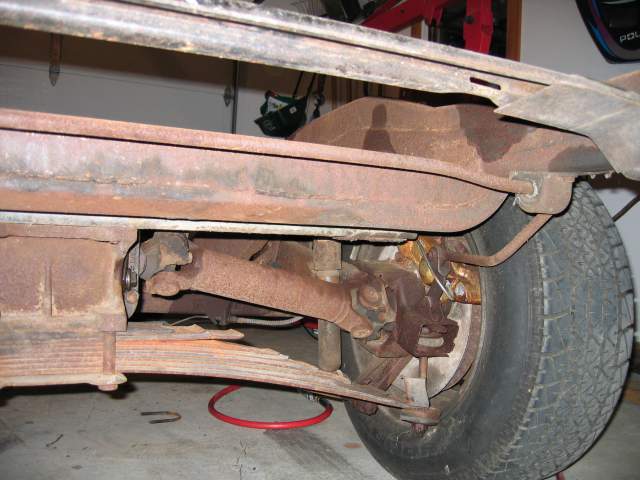 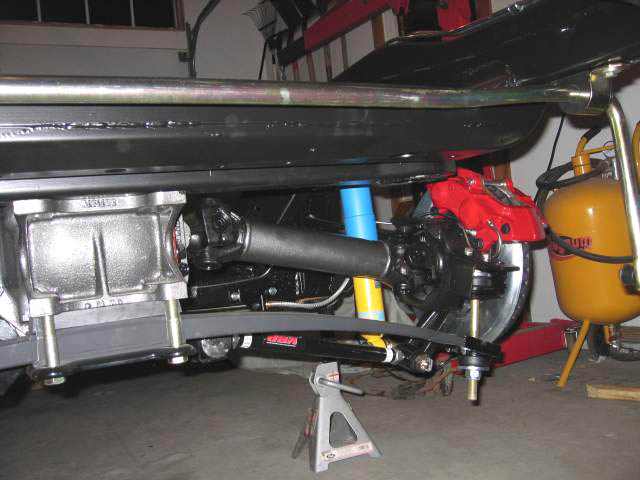 Well, it’s almost there! Getting the chassis this close to completion sure gives you a real sense of accomplishment. Even though I’m probably only about 1/3 of the way through this project I consider this a major milestone! A few more hours of tinkering on the chassis and I’ll be moving onto my engine build-up. Check back soon!