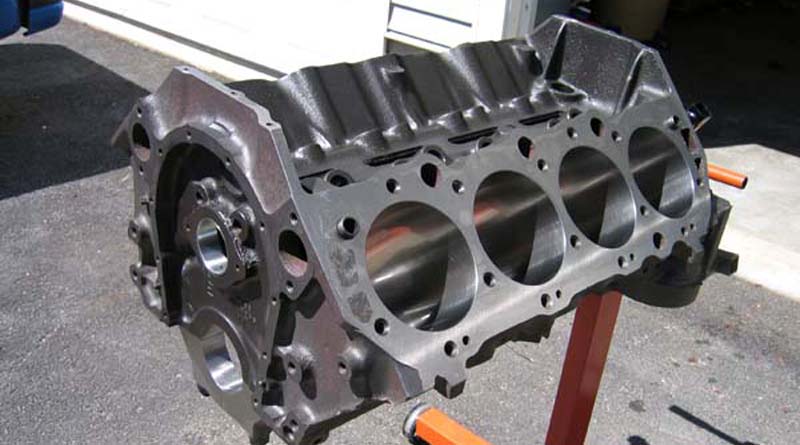 Alright, it’s been long enough – time for another update! Progress on the car has been slow lately, but the good news is I have my engine block back! My rotating assembly has been balanced as well, I just need to go down to the machine shop and pick it up!

So, while waiting to get my engine block back I decided to pay a little attention to the flywheel. I knew that eventually the machine shop would need it, along with the clutch pressure plate, to properly balance the rotating assembly. A quick visual inspection of the flywheel revealed a real need for some machine work. Not only was it’s friction surface worn, there was also evidence of possible hard spots from clutch slippage and overheating (evident from areas of steel discoloration). Before taking the flywheel to be reconditioned I carefully inspected the entire flywheel for small cracks or other signs of damage. Luckily I didn’t find any, otherwise the flywheel would have needed to be replaced. 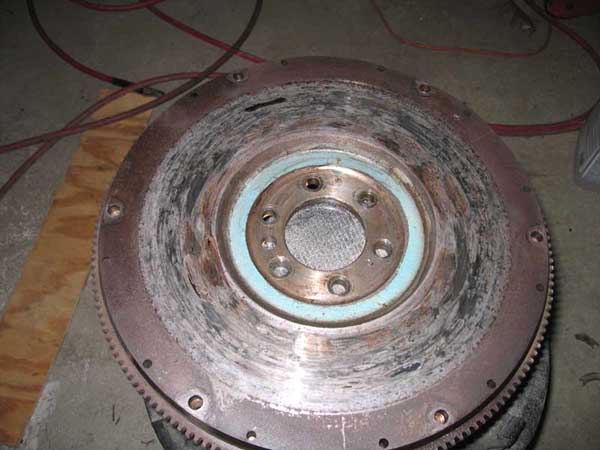 I ended up taking the flywheel down to the local NAPA after calling them to verify that they do their flywheel machining using a stone (rather than a lathe). A lathe would have left a directional pattern on the flywheel surface and may have caused clutch grabbing, chattering and premature wear. 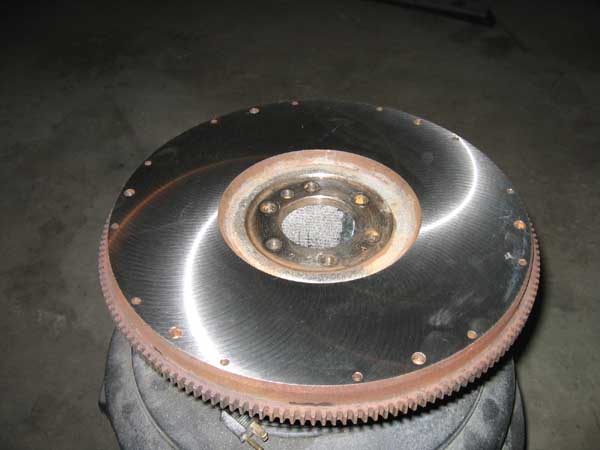 As for the old pressure plate and clutch, both were pretty worn so I opted to replace them. Since it would be very unlikely that a stock replacement clutch could hold up to the power I expect from my new motor I checked around for some aftermarket high performance clutches. After weighing a few options I decided on the Centerforce Dual Friction Clutch. Although it will require some minor modifications to the clutch linkage, it provides 90% more holding power than the stock clutch while also reducing pedal pressure. Although there were other direct fit models that could offer similar holding power, I chose the Dual Friction clutch because of the reduced pedal feel (The stock pedal feel is quite stiff). With a little luck the linkage modifications and installation will go smoothly. I’ve shown the new pressure plate and friction disk are shown below. 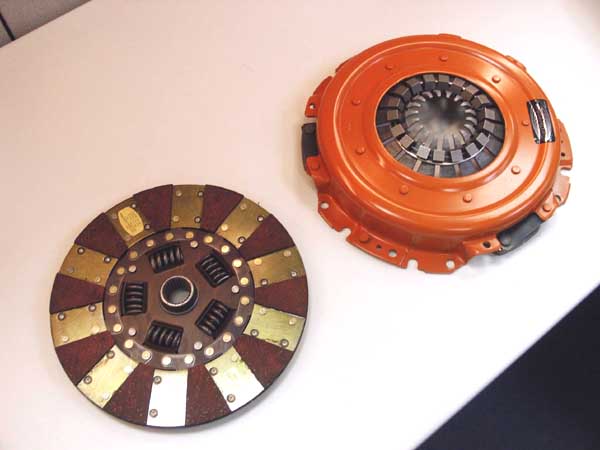 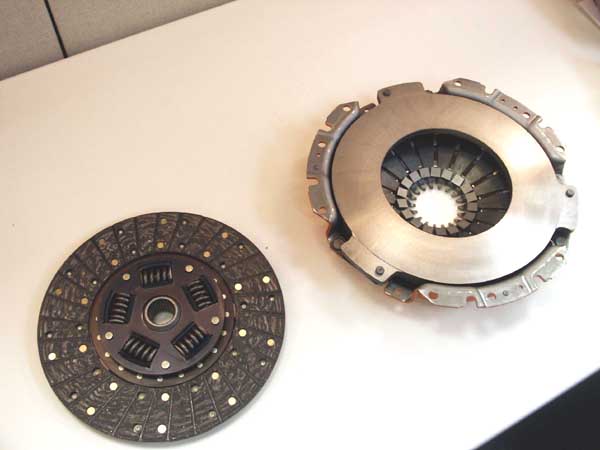 At about the time I had my flywheel and clutch issues taken care of the machine shop finished work on my block so I took a trip down to the shop and picked it up. Here’s the block ready to be unwrapped, mounted back to the engine stand, cleaned and painted. 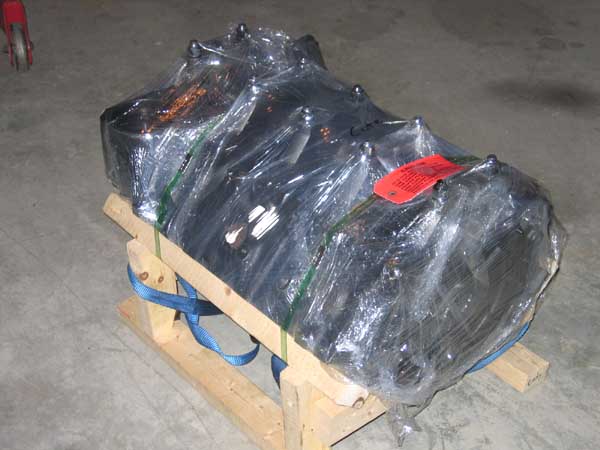 I ended up having quite a bit of work done to the engine block. First they baked, blasted and washed down the block. Once that was completed they magnafluxed the block to check for cracks and luckily none were found. After establishing the block was suitable for rebuilding I had the cylinders bored 0.030″ over. Although the wear in the cylinders wasn’t too bad I decided to go ahead and have them bored anyway. Heck, if I’m this far into it I may as well go all the way and do it right. Plus, boring the cylinders gave me a perfect excuse to by some nice new forged dome top pistons that will work great with the new aluminum heads I have planned… But that’ll have to wait for the next update. In addition to boring, the block was also top decked to ensure a truly flat and uniform mating surface for the cylinder head gaskets. Lastly, the main bearing bores were align honed. Some may consider this unnecessary for a street engine rebuilt, but we had some concerns about the alignment of the bores because of the unusual wear patterns we found on the main bearings (see March 5th update). Align honing will serve as an insurance policy that the bores are properly aligned as they should be. After completing their work the shop gave the block a final, and very thorough, washing to remove any metal particles left over from the machining process. Below are several photos of the completed block as it came from the shop. It sure looks a lot better than when I dropped it off! 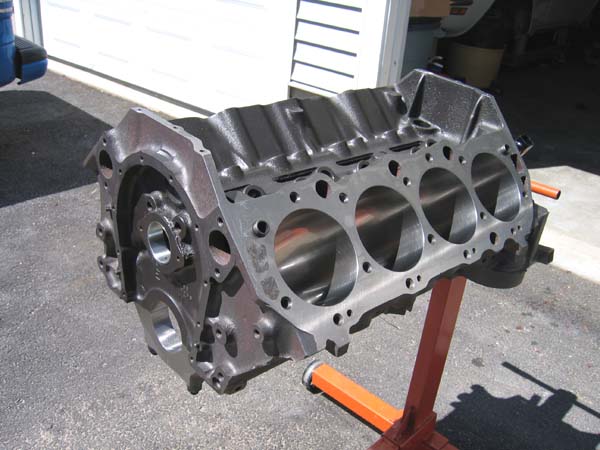 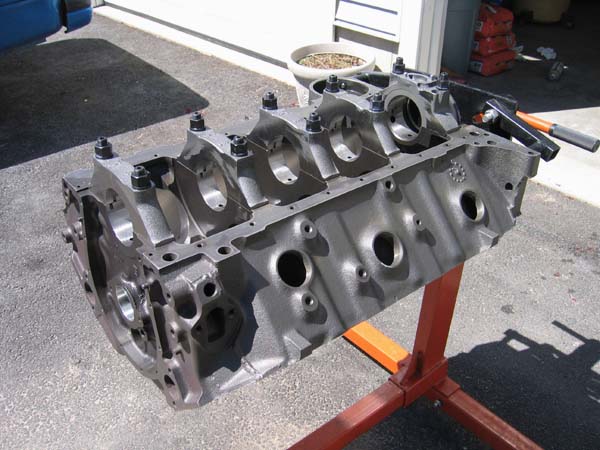 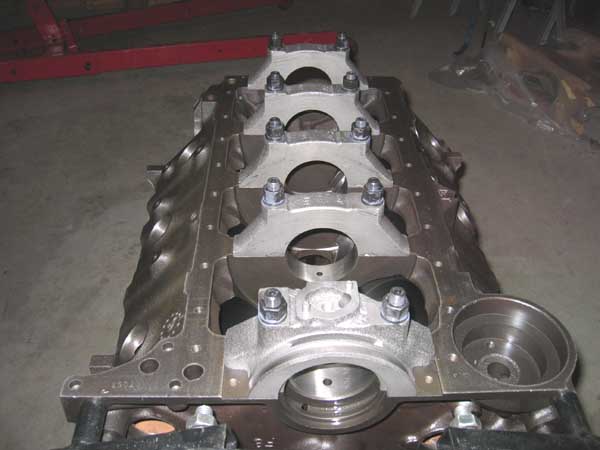 Here’s a close up of the cylinders where you can see the cross hatching in the cylinder bores that results from the honing process. In the bottom left of the photo you can also see some hatching on the interior face of one of the main bearing bores. That hatching is a result of the align honing process. Lastly, evidence of machining can also be seen on the top deck. 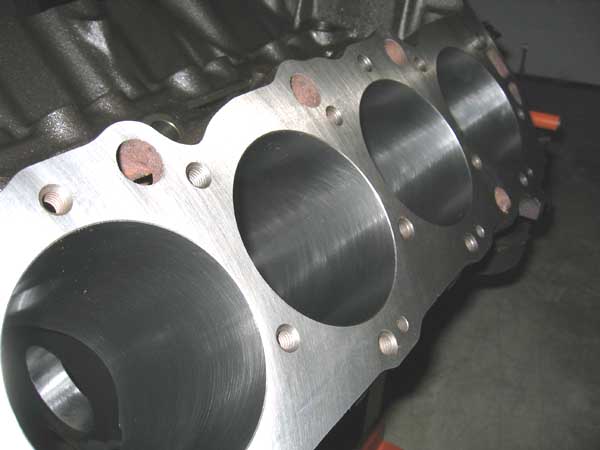 Getting the block ready for paint was quite a process. I wanted to make sure the block surfaces were absolutely clean before painting. I spent the better part of two hours with a bristle brush and lacquer thinner scrubbing every inch of the block that would be painted. After scrubbing with lacquer thinner I gave the block a final and thorough cleaning using brake parts cleaner. Both the lacquer thinner and brake cleaner work great for this since both evaporate away quickly without leaving any residue behind that might prevent a good bond. 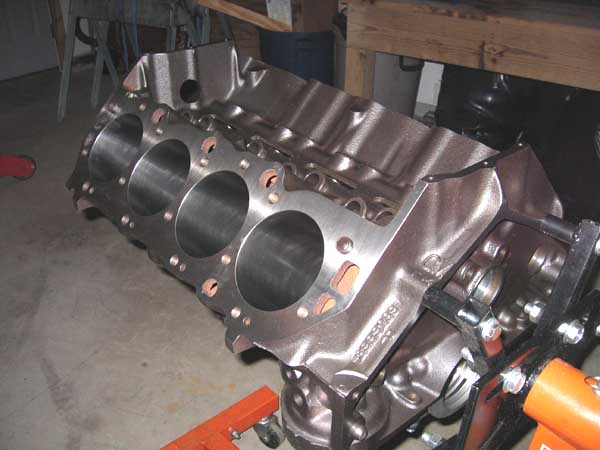 During my chassis restoration I was quite pleased with the POR-15 paint I used so I decided to try their engine enamel for my block painting. One pint will be more than enough for what I plan to paint. 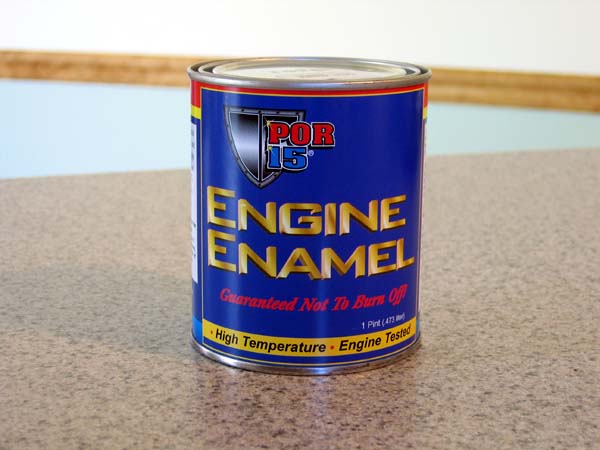 Here’s the block with two coats of paint applied. The paint looks real nice so far. I expect I’ll need to put on three or four coats to get complete and even coverage. I wouldn’t have expected to need so many coats, but overall I’m still pretty pleased with how the paint works. The area I’m painting is fairly small, it only takes about 20 minutes to complete one coat, so it’s not too bad. 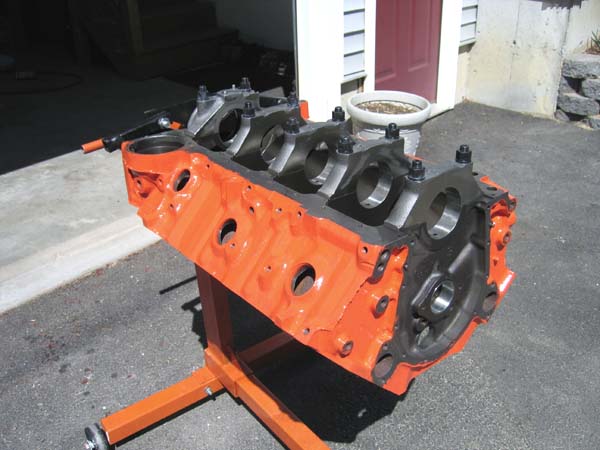 Well, that’s it for now. The real good stuff will start in my next update when I come home with my balanced rotating assembly, reveal the final build combination, and start putting this thing all together again! Check back in another week or two for another update!