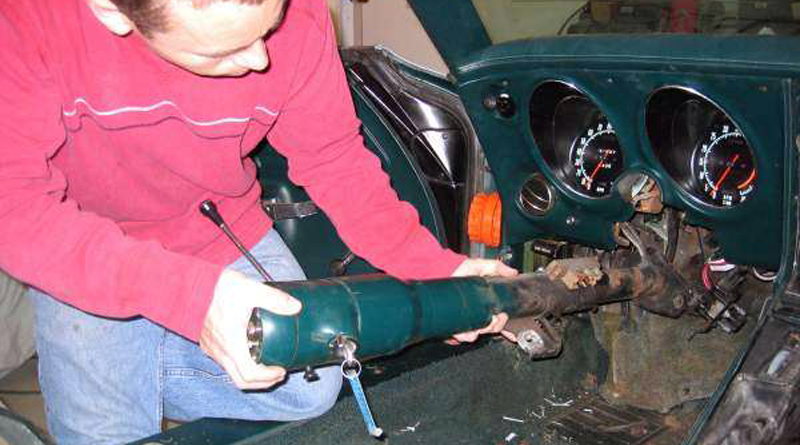 As progress moves forward on the Corvette restoration I continued with my focus on cleaning out the engine bay. With the wiper system removed it was time to tackle the electrical and vacuum systems. 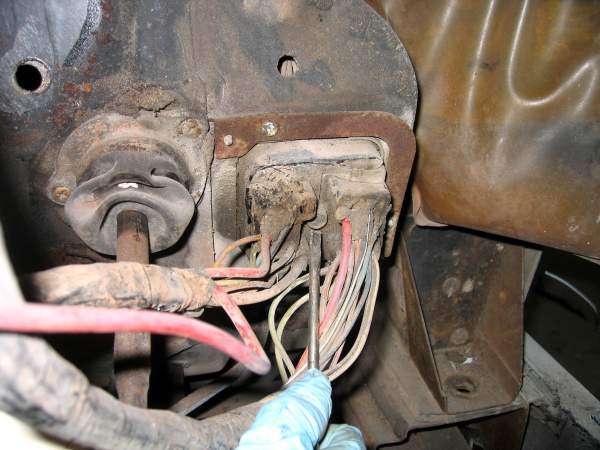 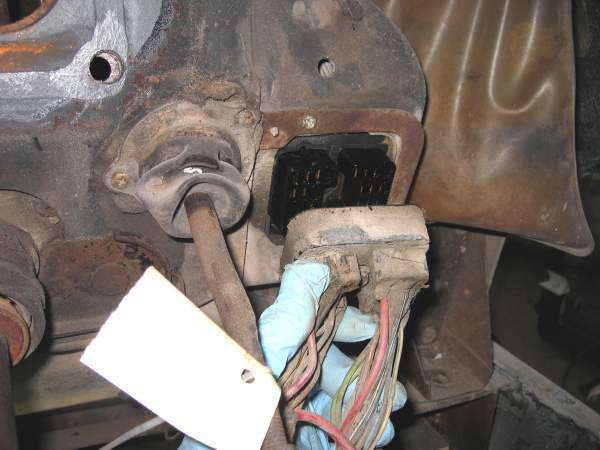 Next I started working on removing the wire harness that passes through the firewall just below the fuse box. However, this one wasn’t quite so simple since there wasn’t a splice separating the wires in the passenger cabin and the wires in the engine bay – it was all one piece. 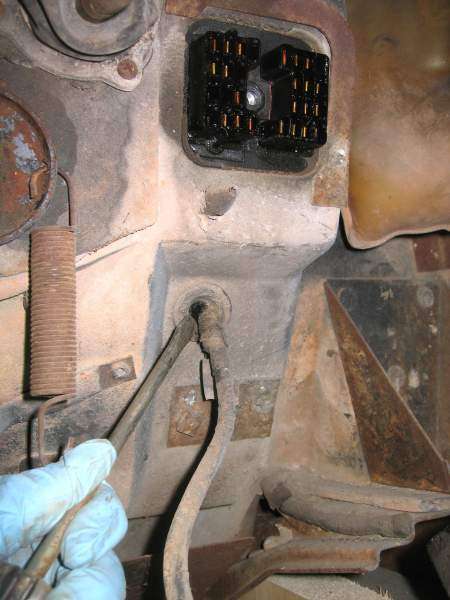 So, to remove the entire harness at one time the wires first needed to be disconnected from within the dash. Sure, the wires could be cut, but a replacement harness costs several hundred dollars! Since everything needs to come out eventually I moved my focus into the passenger cabin to chase down the end of these wires. As it turns out this particular set of wires travels up and over the instrument cluster and then into the center console. Chasing down the wires required removing the steering column so that the instrument cluster could be removed. To start the steering wheel was removed by popping off the center cap and removing the screws securing the steering wheel to the column. 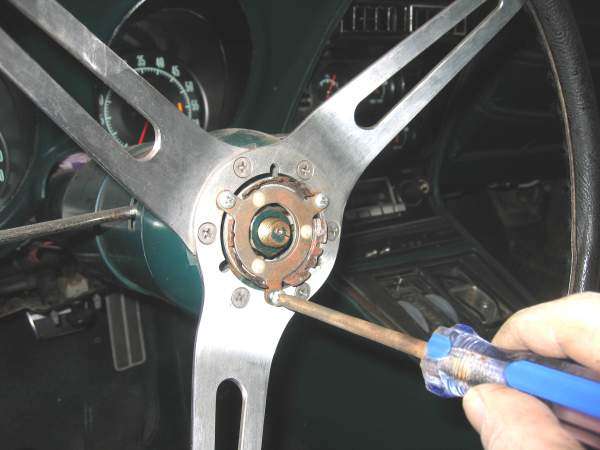 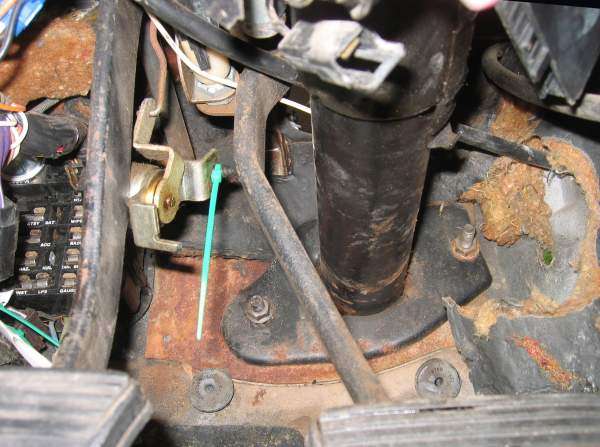 With those two nuts removed the steering column bracket assembly can be removed from the engine bay side of the firewall. 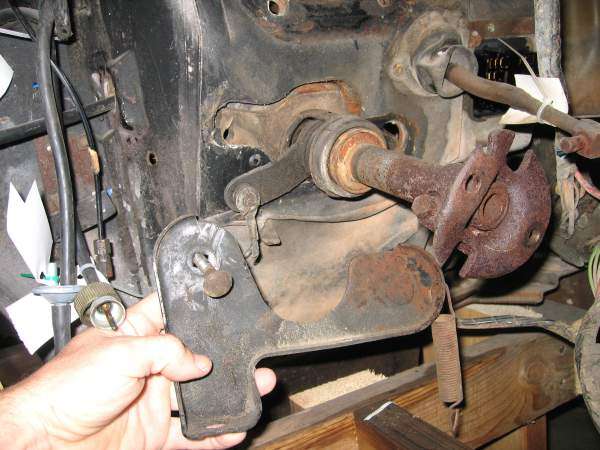 Lastly, in order to allow the steering column to pass through the firewall, the flange for the rag joint was loosened and removed from the end of the column. 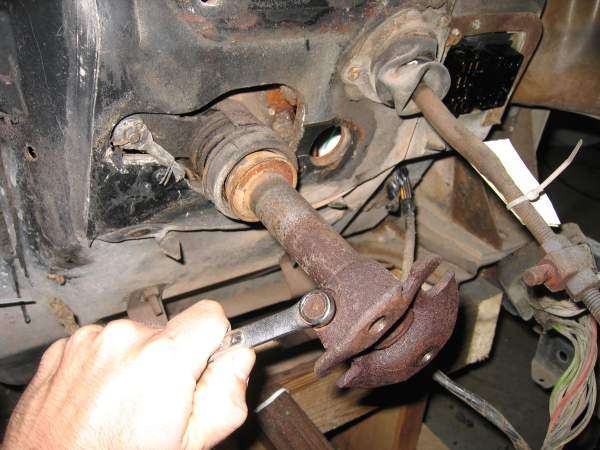 With the rag joint removed the column was rotated and slid through the firewall. It takes a bit of care to get the steering column positioned just right to allow it’s removal, but the assembly comes out pretty easily. 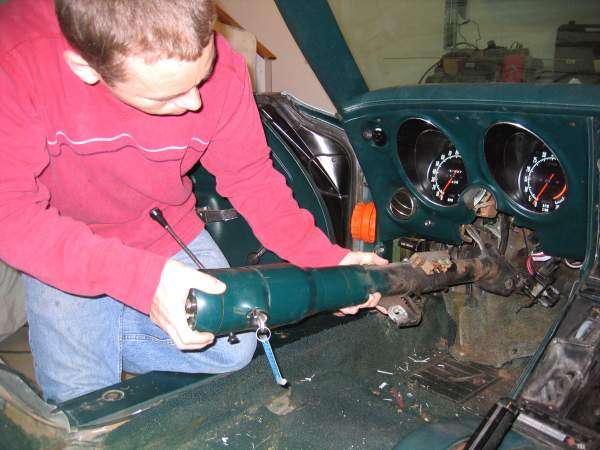 And here are all of the steering column components after being removed from the car. 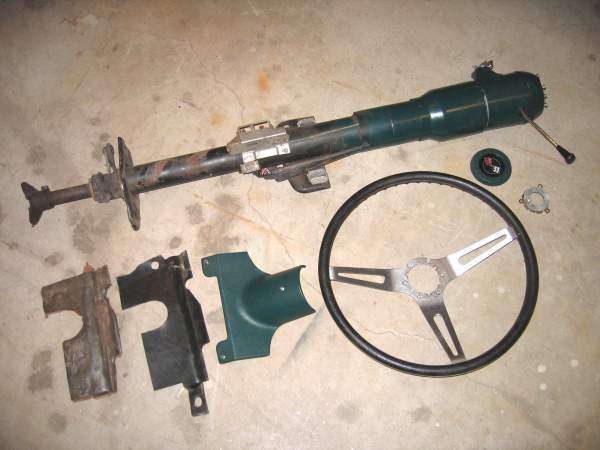 With the steering column out of the way, the screws securing the instrument cluster were removed and the cluster was dropped to allow access behind the panel. 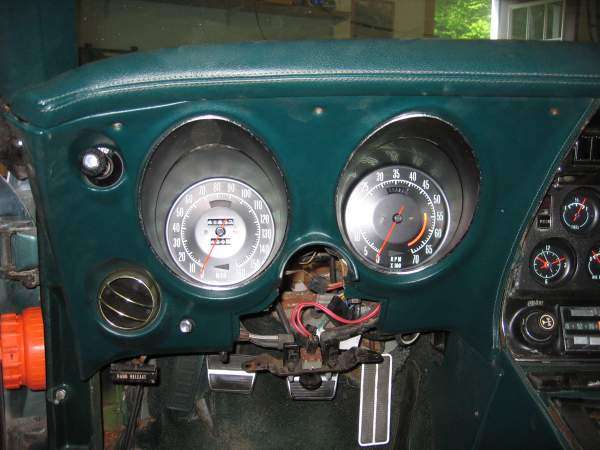 With the instrument cluster lowered the speedometer an tachometer cables were removed along with the numerous light bulbs and miscellaneous wires that plug into the gauges. With those wires disconnected the instrument panel can be lifted out of place and removed entirely. 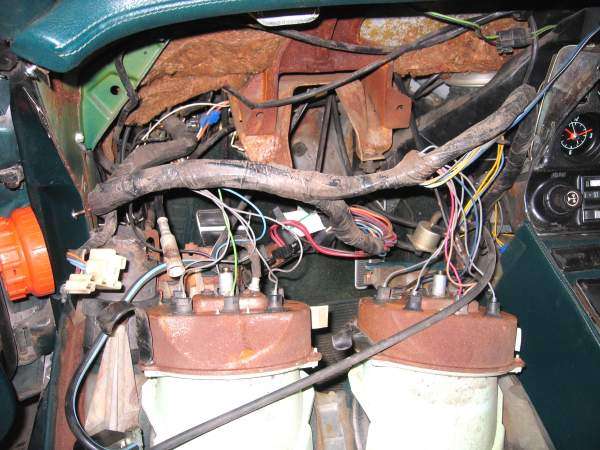 What’s left is quite a collection of wires, sound insulation and support brackets. These will be tackled later, but for now I just want to get the wires leading into the engine compartment removed. 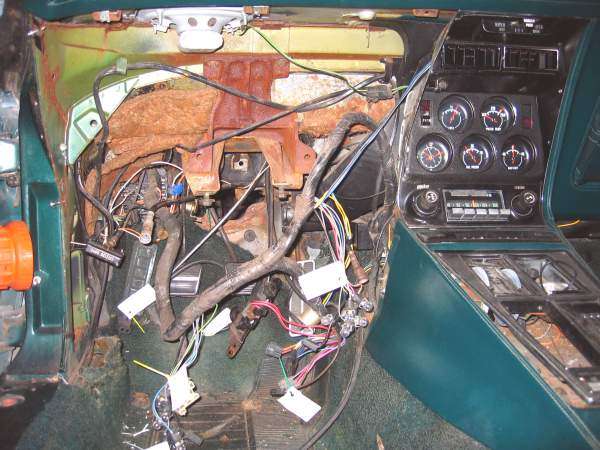 Below are a few shots of the front and rear of the instrument cluster once it was removed from the car. Thankfully it’s in pretty good shape overall. 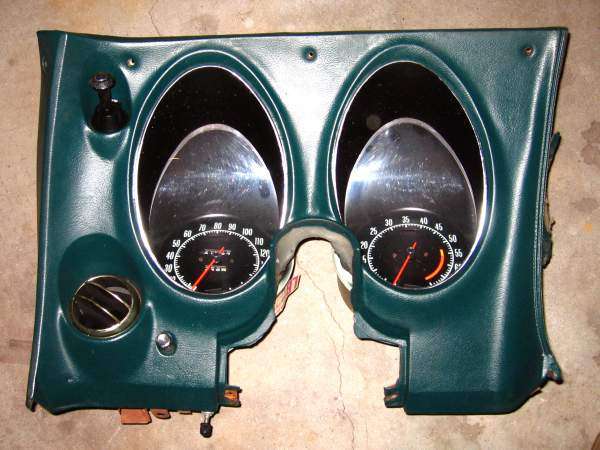 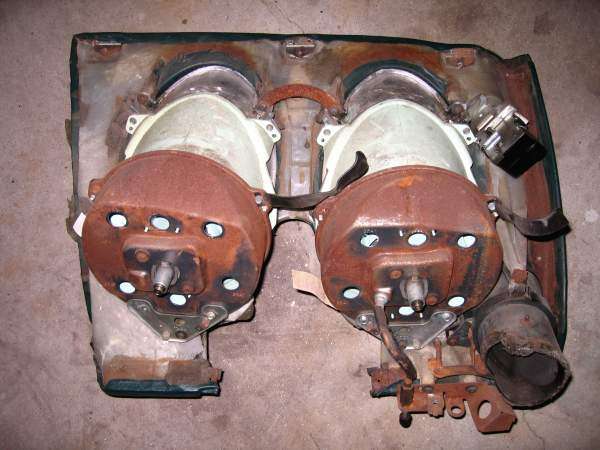 Well, as usual a simple task has become more work than anticipated so I’ll continue with the task of removing this first wiring harness in my next update. Stay tuned!