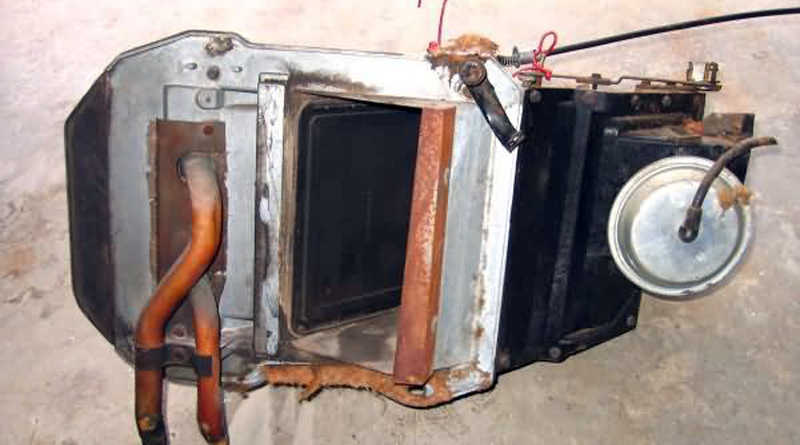 In this update I’m continuing the process of removing the interior by focusing on removing the heater, ventilation and air conditioning system. Additionally, once these components are out of the car the carpet can be pulled up and removed as well.

To start I removed the various ventilation ducts. Most of these are slip fit connections but there are a few that are fastened together, or to their supports, by screws. After removing these screws the ventilation ducts can easily be removed. 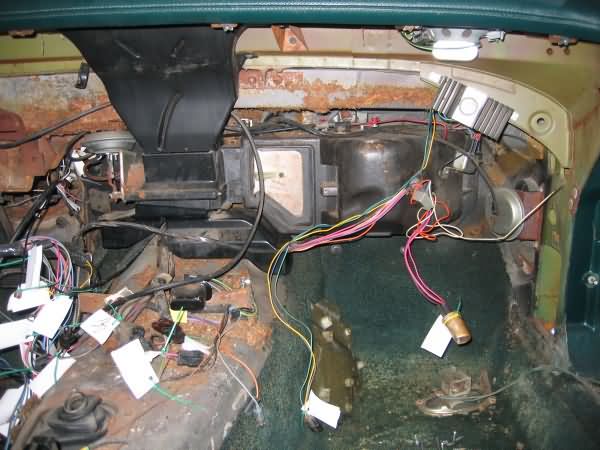 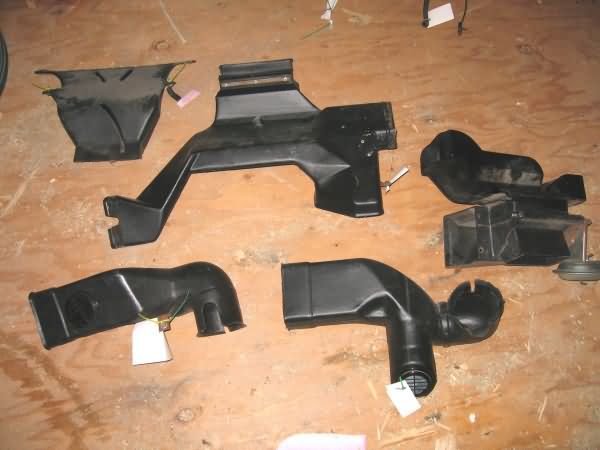 With the duct work out of the car and out of the way the interior portion of the air distribution/blower housing can be removed. There are several bolts fastening the blower housing to the firewall… 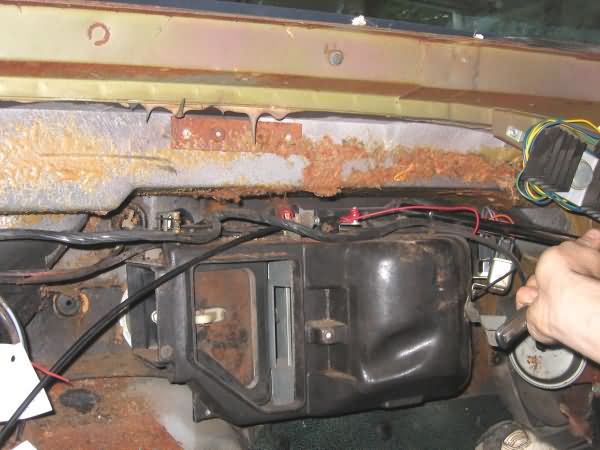 Once these are removed, the housing can easily be pulled away from the housing and removed from the passenger compartment. 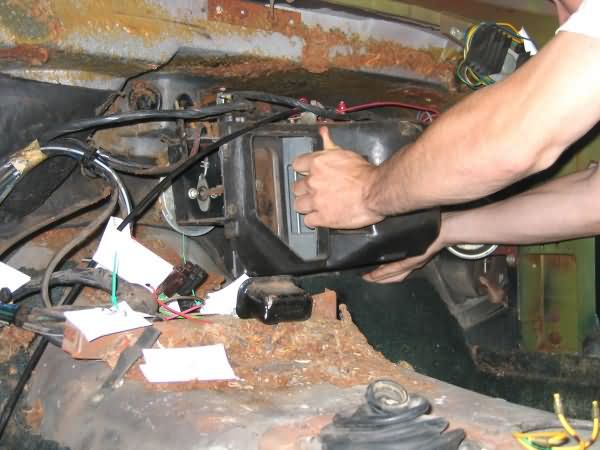 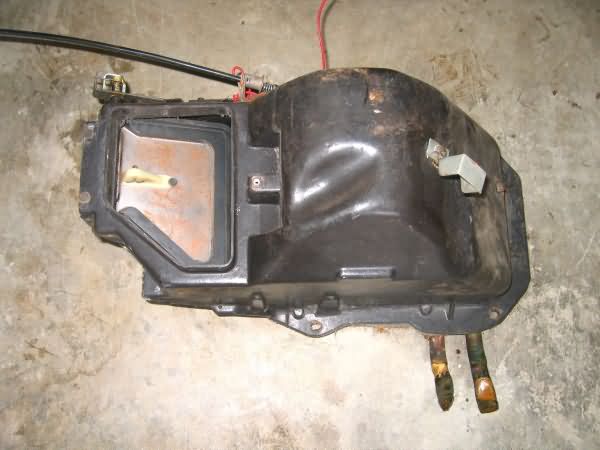 Below you can see some of the ‘guts’ of the blower housing. The two copper tubes leading out of the rear of the housing are from the heater core. Unfortunately these tubes have been damaged and will likely require replacement… But that will be addressed in a later update. 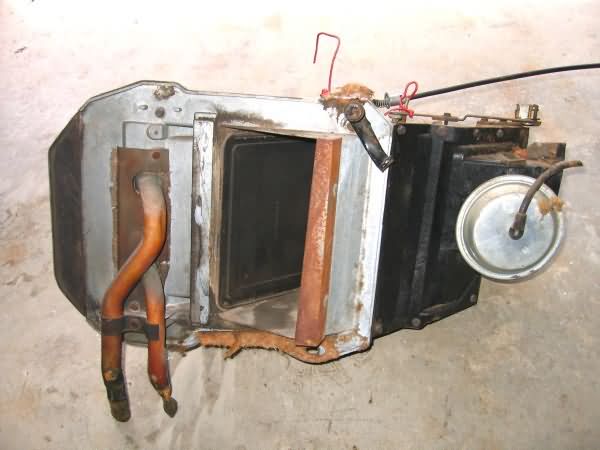 With the heater and distribution system removed, I focused my efforts on removing the air conditioning evaporator and blower housing from within the engine compartment. Although several of the bolts fastening the housing to the firewall were a bit difficult to get to, removal was quite straightforward. It goes without saying that this task would be extremely difficult, if not impossible, had the engine been in the way! 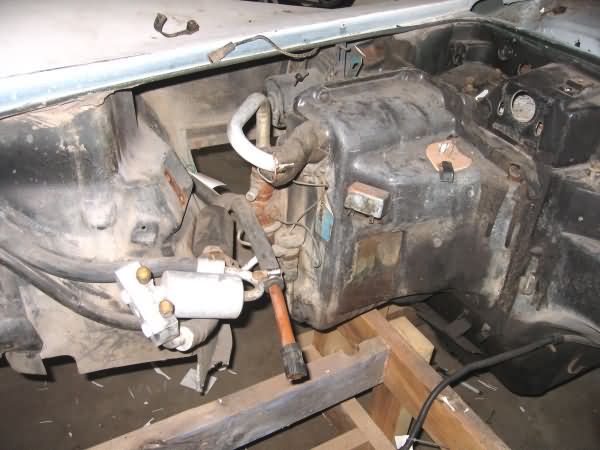 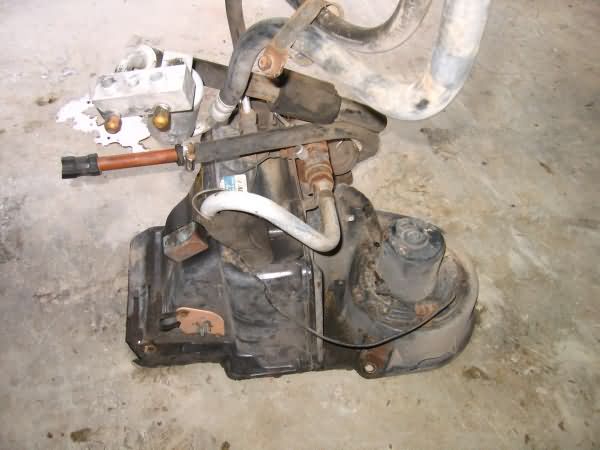 Below you can see the blower as well as the air conditioning evaporator. The previous owner of this car told me that the evaporator was no good so I’ll need to check that out before reassembly. But again, that will be addressed in a later update. 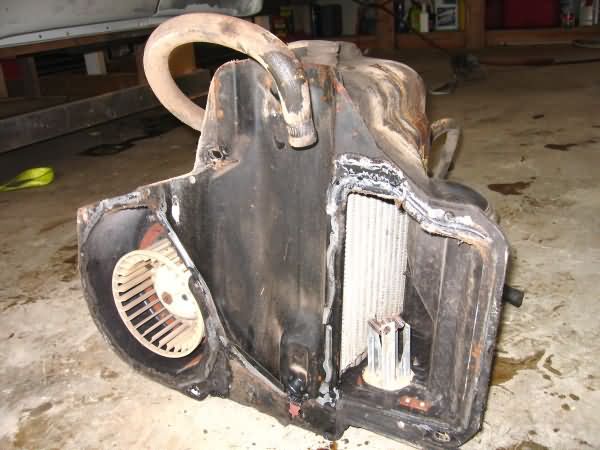 With the dash, heating and ventilation systems removed there is certainly a lot more room in both the passenger and engine compartments… 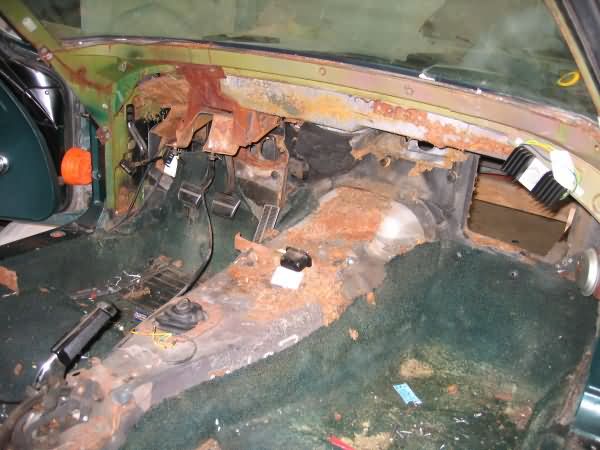 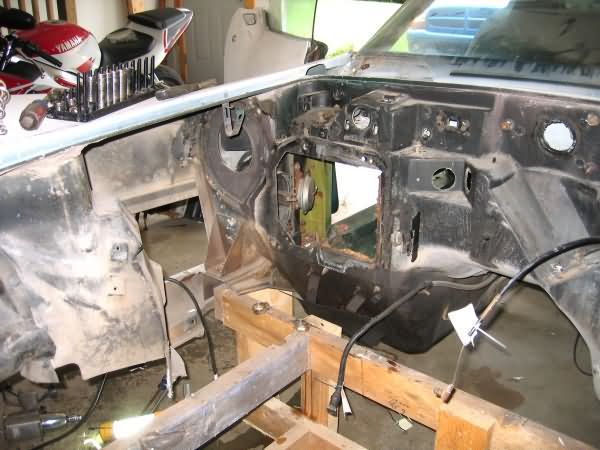 With most of the interior components removed from the car the carpet can quickly and easily be removed. There’s no special trick to this, just disconnect the rubber fasteners holding the carpet to the body and lift the carpet out of place. The factory did use glue in some places to hold the car down but it doesn’t prevent removal of the carpet by any means. 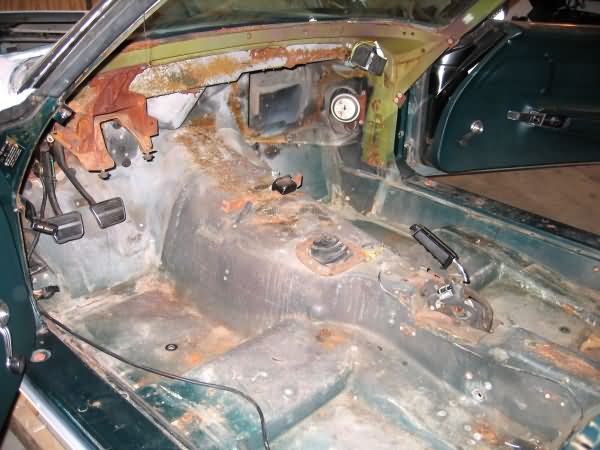 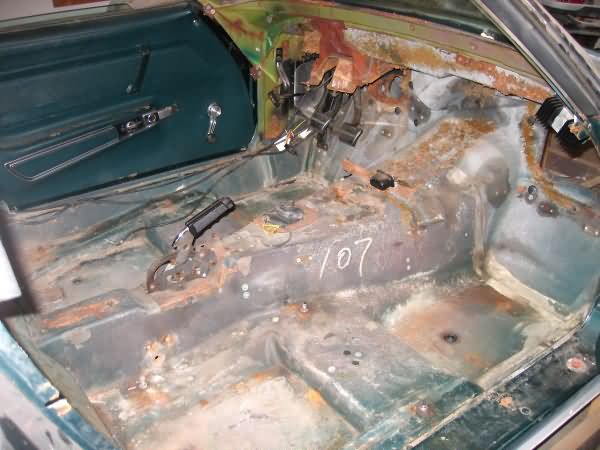 And that’s it! The interior has pretty much gutted. With this work out of the way I’ll move onto removing the doors, windshield and windshield trim so that I can inspect the birdcage for rust and deterioration. Hopefully it won’t be too bad!