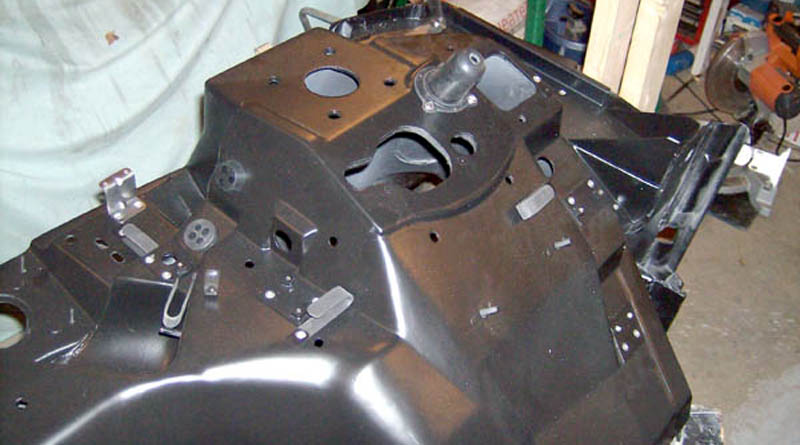 Continuing from the last restoration update, progress continues as the many small parts and pieces needing to be reattached to the firewall are cleaned, painted, and installed.

To start the pedal assembly was given a final coat of paint and the trim pieces polished followed by reassembly of the entire system. I was pleased that after bit of polishing the trim around the pedals shined up quite nicely.

Although the pedal assembly is now complete, I plan to wait until the firewall is back on the car before installing it. This will keep the firewall light making it easier to manage when it’s reinstalled on the car. 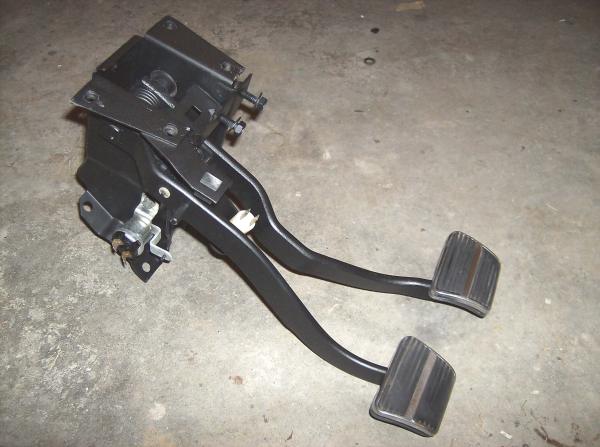 With the pedals completed, the numerous small metal parts for the firewall were then cleaned and painted. 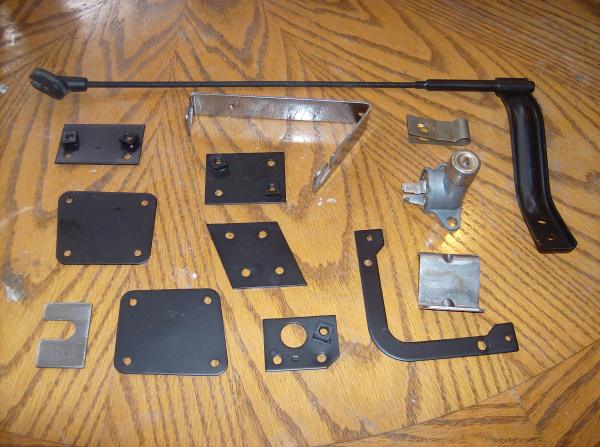 In addition, replacement grommets, gaskets, and J-clips were bought to replace the old deteriorated ones. After 30+ years of service the majority of them were in real need for replacement. Reuse of the old ones would have certainly led to unwanted water leaks. 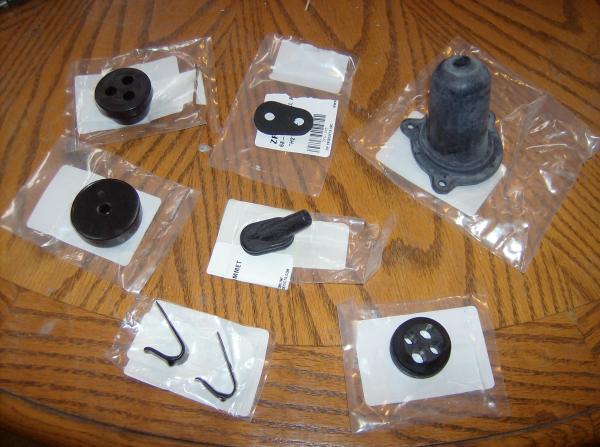 On the firewall there are several clips – large ones that secure the vacuum lines, and small J-clips that secure electrical lines. The small J-clips can be bought inexpensively, but at approximately $5 a piece, the large ones were a different story. Since I want everything to look nice under the hood, I decided to refinish the large clips and purchase some replacement J-clips. 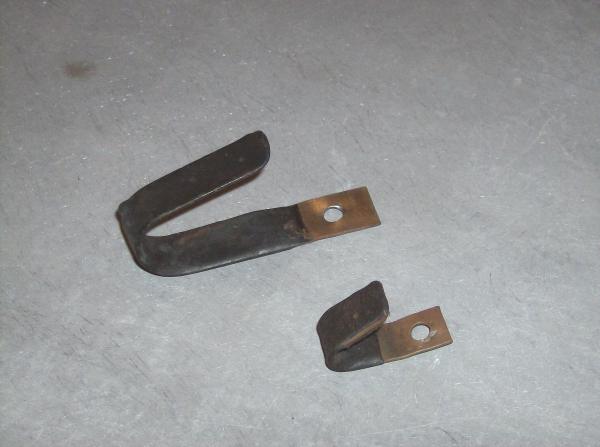 To refinish the large clips, they were first bent straight and the old rubber coating was stripped off. With the rubber coating removed the metal strips were thoroughly wire brushed to remove any old paint, rust, and remaining bits rubber. 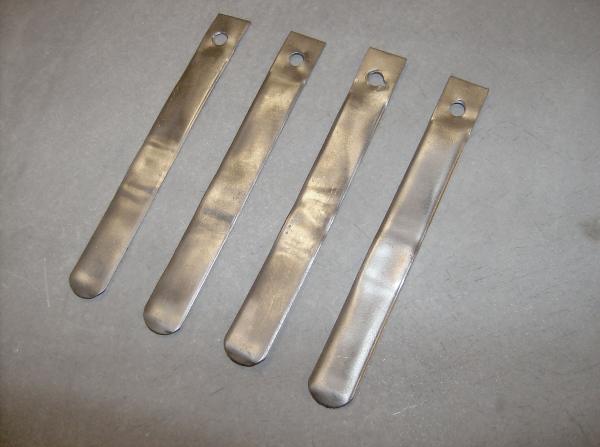 Next, the strips were reformed by bending them around a 3/8″ socket extension. This allowed the original shape and dimensions of the clips to be recreated pretty accurately. 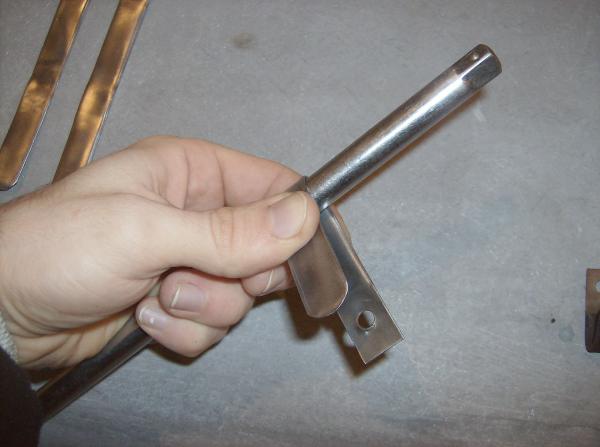 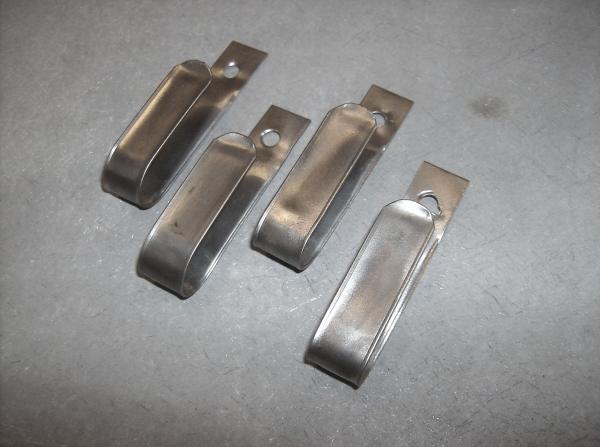 With the clips bent into their final shape, the top 3/4″ of the clips received a coat of primer and satin black paint (Note: In hindsight, the ends of the clips would have been easier to paint before they were bent, but for whatever reason that just didn’t occur to me before the clips were being bent).

With the ends painted, the clips were dipped in ‘Color Guard’, a rubber coating product made by Loctite. A 14.5 ounce can costs about $10 (a lot less than buying a bunch of new clips) and gave pretty good results.

In total, each clip was dipped three times to build the rubber coating up to the proper thickness. 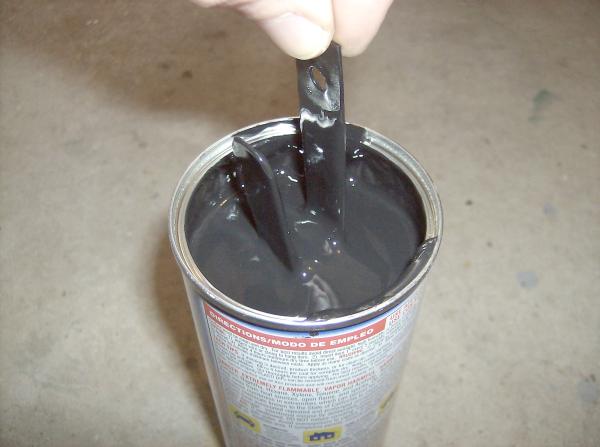 After drying overnight, the clips were finished and ready for reinstallation. Overall I was pleased with the outcome. Although I’m not sure how durable the rubber coating will turn out to be, they look great now and the coating seems to be pretty tough when tugged at with a figernail. 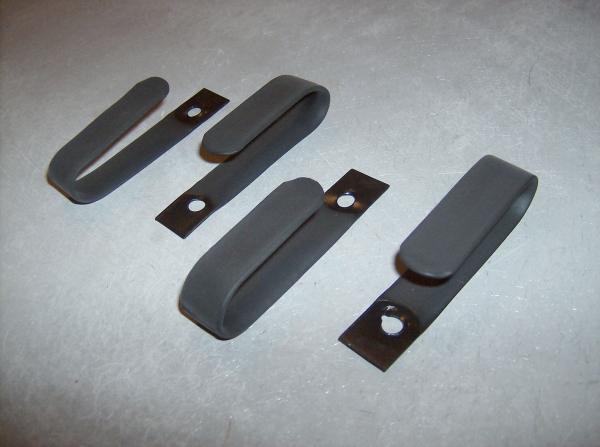 With the large clips restored, it was time to start reinstalling the small components on the firewall. For this task a large pop riveter was used to install new 3/16″ aluminum rivets. One thing is for sure, installing all the rivets necessary gives your forearms a pretty good workout. 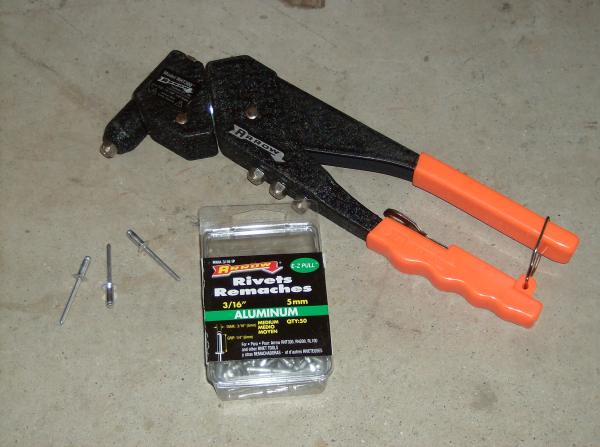 Generally, the process of installing pop rivets is straightforward. I quickly learned that the rivet tool had a tendency to ‘jump’ a bit when the rivet popped, dinging the surface of the finished firewall. To avoid this, right when the rivet was about to pop I pulled gently upward on the rivet tool so that when it did pop, the tool rebounded upward and away from any finished surfaces. 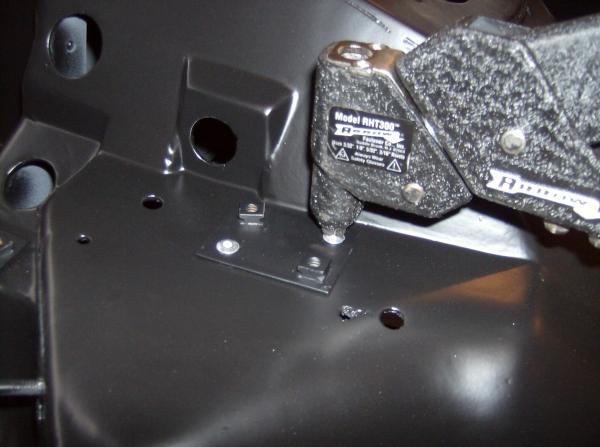 After the riveting was completed, new grommets, seals, and miscellaneous brackets were installed. 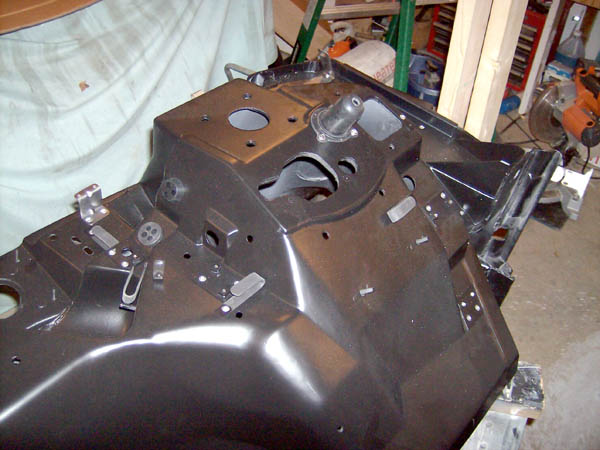 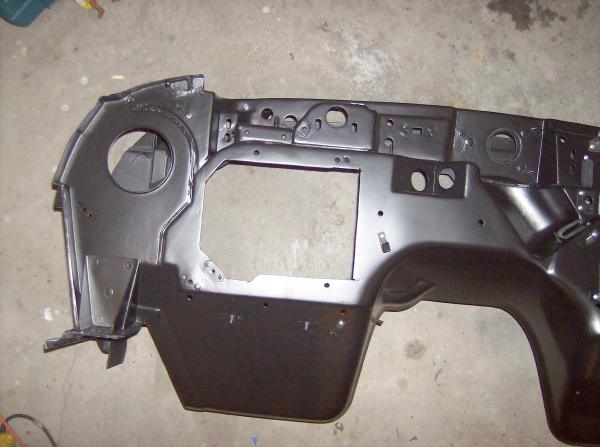 Next the windshield wiper brackets were tackled. Much like the inside of the wiper tub, they too were covered in a layer of old asphalt waterproofing, paint overspray, and rust. Not real attractive to say the least. 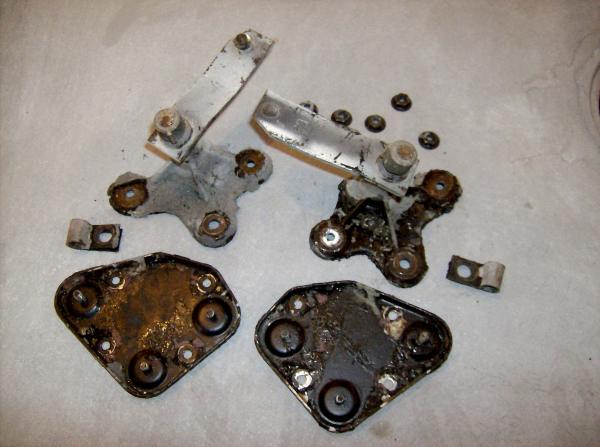 After a good deal of cleaning and wire brushing, the pieces were primed, painted, and ready for installation back on the firewall. 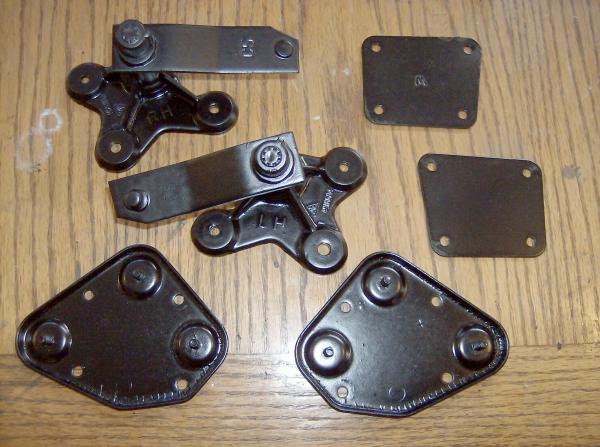 Originally the inside of the wiper tub was smeared with an asphalt waterproofing material similar to roofing tar. Although relatively effective, the finished product wasn’t real attractive. For my project, I’ve decided to take a different approach. Rather than blindly smearing everything in sealant after assembly, I’ve decided to seal each penetration through the wiper tub as the various parts and pieces are installed. This will ultimately give a more professional appearance while being equally effective.

To seal the firewall a tube of polyurethane roof and flashing sealant was purchased from the local home improvement store. This stuff is pretty rugged and will hold up well over time. 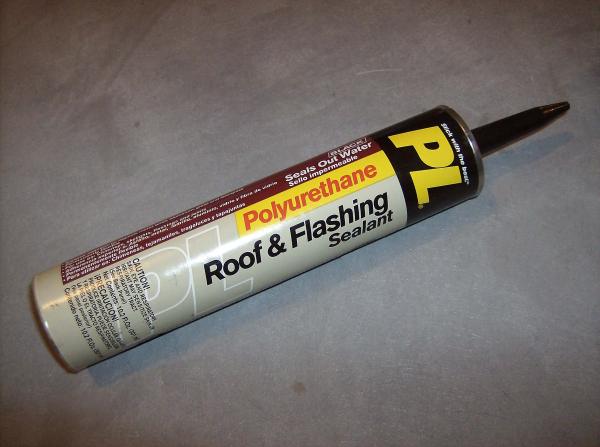 Using a caulking gun, a small bead of sealant was applied around each of the four bolt holes used to secure the windshield wiper brackets to the inside of the wiper tub. Once the sealant was applied, the brackets were quickly positioned and fastened in place. 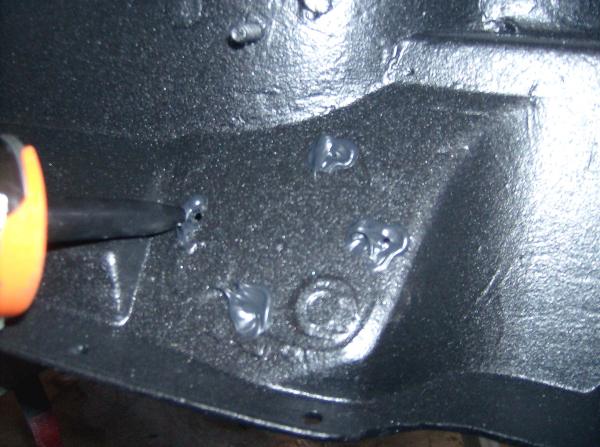 Instead of reusing the original nuts and bolts to reattach the wiper bracket, I sprung for some new stainless steel bolts and self locking nuts. With everything in place, the finished product came out pretty nicely. Considering all of the work that’s gone into cleaning up the wiper tub it’s a shame that almost nobody will see the it once the wiper door is reinstalled! 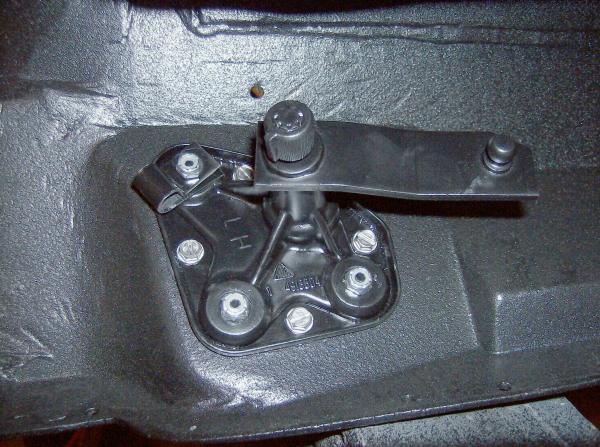 As reassembly of the miscellaneous firewall components neared completion, the final task was to clean and reassemble the air conditioning plenum valve and air conditioning side shroud vacuum control. After cleaning the actuators and plastic pieces, followed by fresh paint on the metal components, each assembly was put back together. The actuators were also checked to ensure they worked properly and had no leaks. 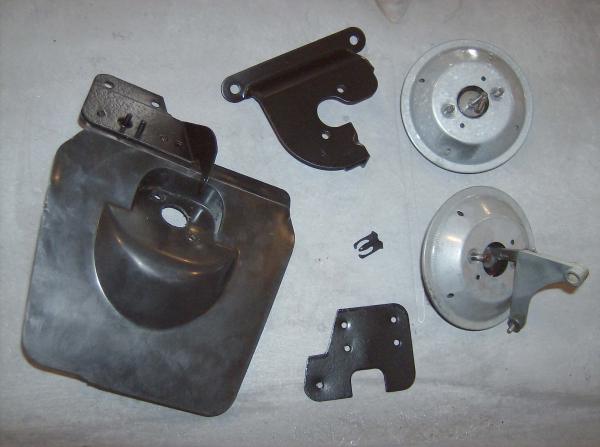 First the side shroud vacuum control was finished. Because this control requires the firewall to be mounted to the frame before installation, the assembled control was set aside for installation at a later date. 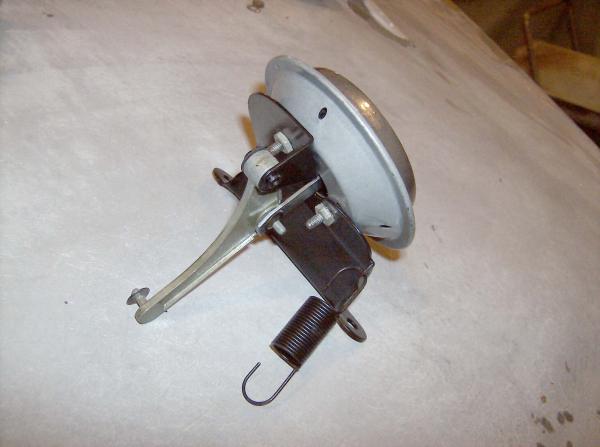 Next the air conditioning plenum valve was reassembled… 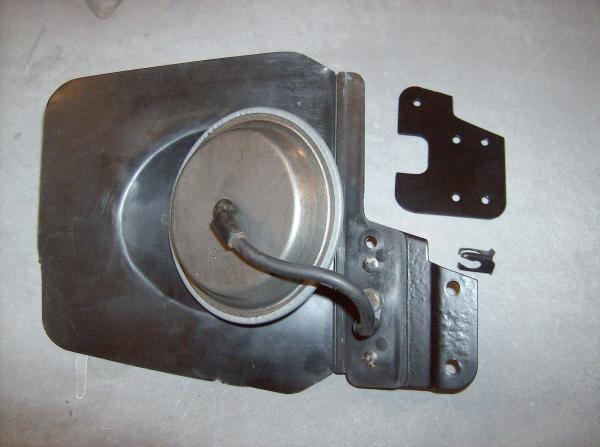 and then mounted to the firewall in the proper location (near the passenger side of the windshield wiper tub). 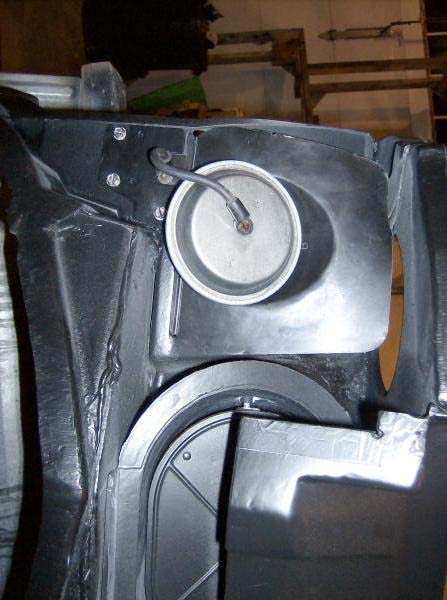 With the firewall brought to this point it will be reinstalled on the car before the remaining hardware such as the wiper motor, windshield wiper door actuator, and other hardware are installed. Doing so will keep the firewall light during reassembly, ultimately making the process a bit easier.

Next step, a bit more paint stripping and the start of some body work. Stay tuned!