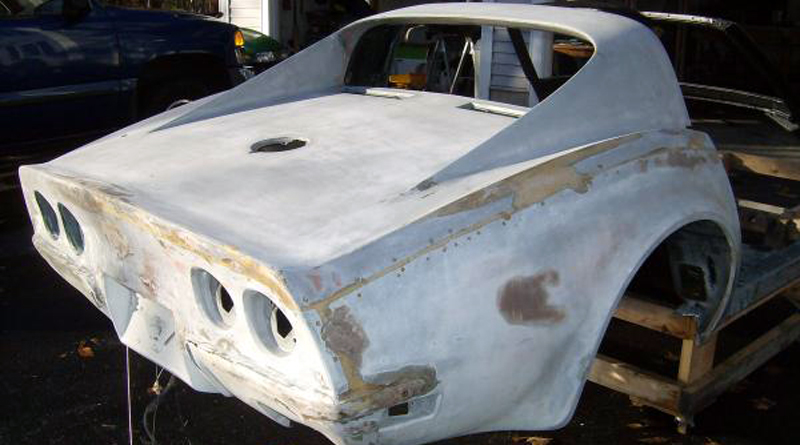 Now that work on the firewall has been completed the restoration effort changes gears a bit and will now focus on the rear clip.

About a year ago the majority of the paint was removed from the entire car using a razor blade (see January 28, 2007 blog entry). Although this technique worked very well, it left the primer behind. However, since there are areas on the rear clip that will require a bit of fiberglass repair, I wanted to strip the entire car down to bare fiberglass. Although this is a fair bit of extra effort it will ensure the new repairs and paint job will be applied over a solid base. After rolling the body out of the garage and into the driveway, here’s what I started with: 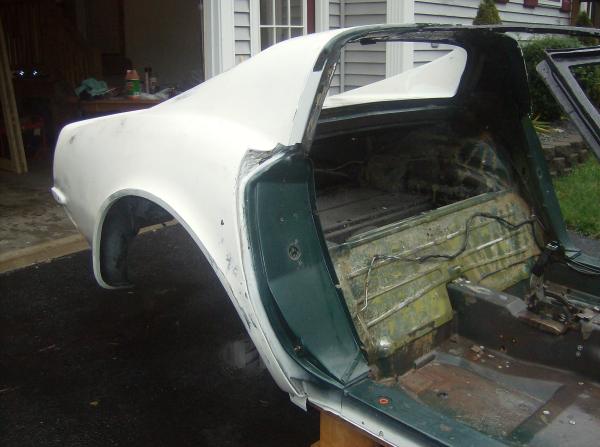 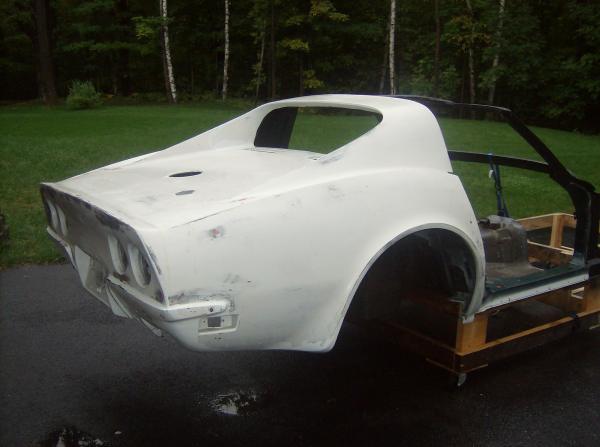 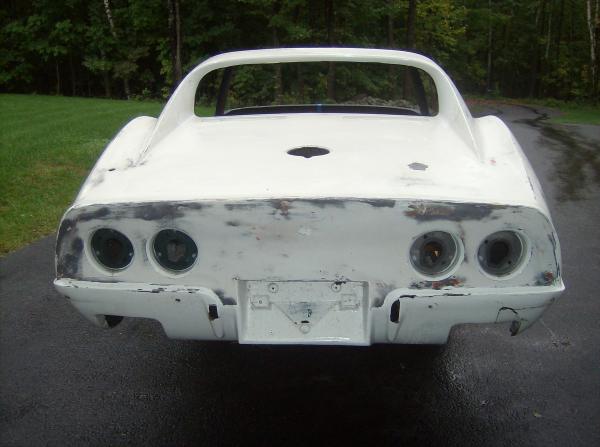 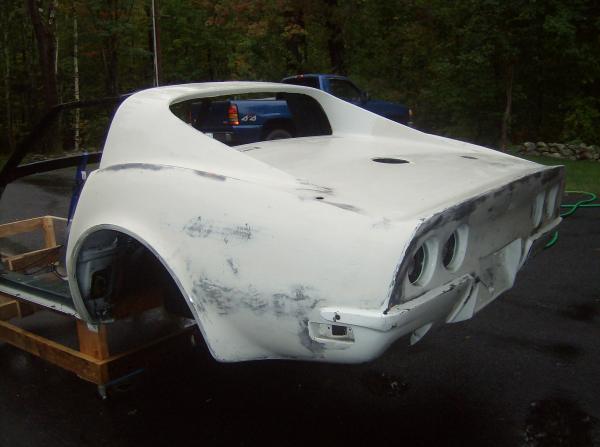 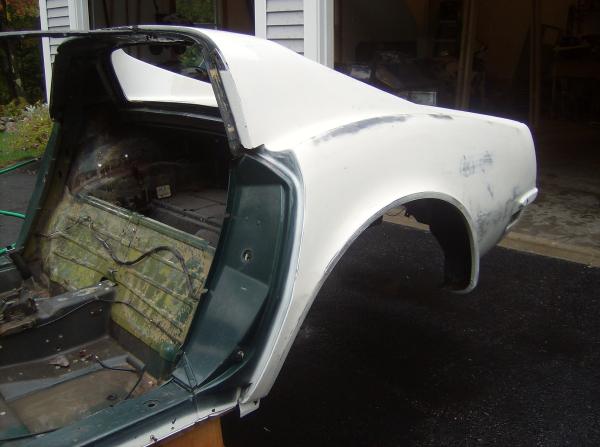 Since the razor blade method didn’t remove the primer I decided on a chemical stripper to finish the job. It’s important to note that many folks say when stripping paint from fiberglass selecting the right paint stripper is important.  They say that, because fiberglass is a porous material, the fiberglass sometimes absorbs the stripper which makes it difficult to properly neutralize the stripper once you’ve got the paint removed.  Then, when the car is parked in the sun or exposed to heat, the paint stripper can ‘sweat’ out of the fiberglass and eat the finished paint from the inside out. Now I’m not sure whether this is true, or a merely a myth, but given the possible repercussions it seemed that carefully selecting a paint stripper was prudent. After doing a bit of research I decided on a product called ‘Citrustrip’. The great thing about this product is it’s much less intense than typical paint strippers, doesn’t emit noxious fumes, can be bought at Wal-Mart or any home improvement store, and works quite well. 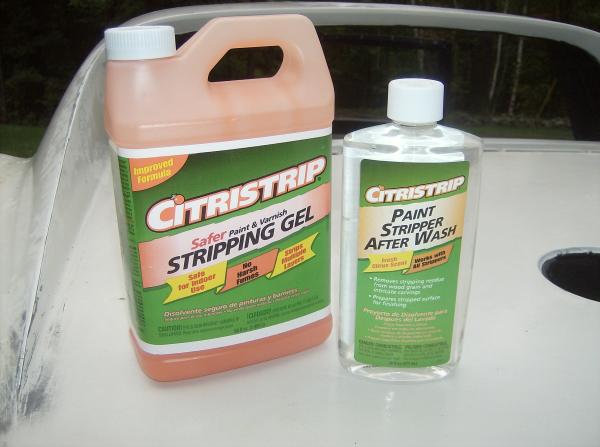 After cleaning the loose dirt and dust from the rear clip, a liberal coating of Citrustrip was applied using a brush. Once applied, the stripper was left to work for about an hour. 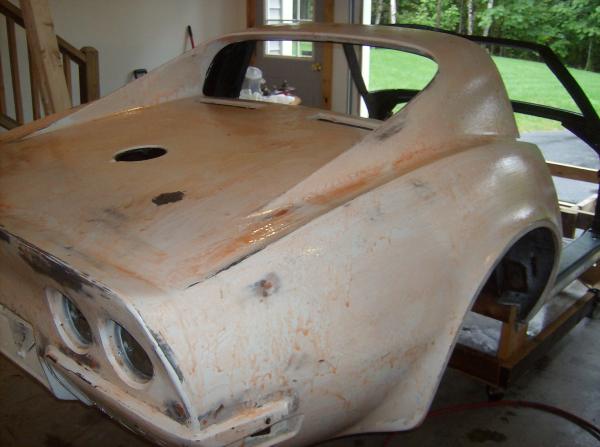 After allowing the paint to soften it easily scraped away using a plastic scraper. 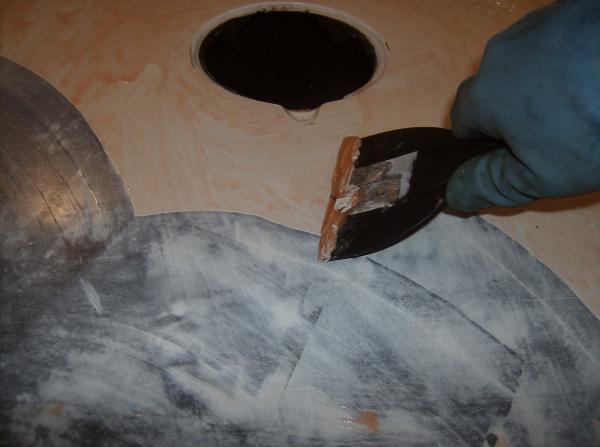 Here’s the rear clip after the first application of paint stripper. 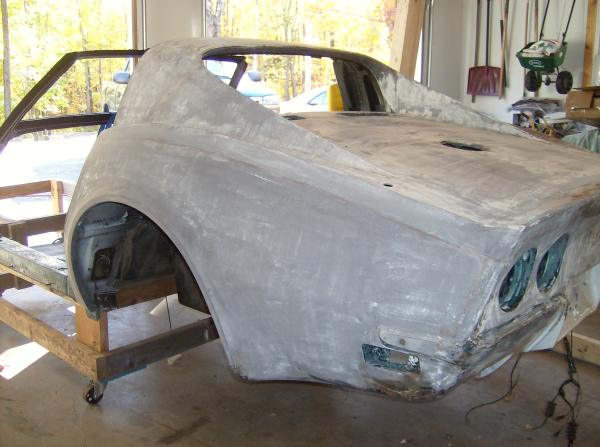 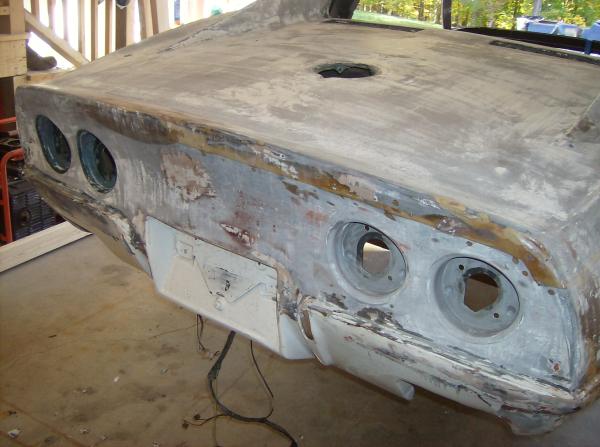 For the second application of Citrustrip a very similar process was used. However, instead of removing the paint with a plastic scraper, this time I thoroughly scrubbed the fiberglass with a stiff bristled brush. This method worked great, particularly where paint had to be removed from all the small nooks and cranny’s of the body. The end result was surprisingly good. Nearly every spec of paint was removed leaving just a nice clean paint-free surface behind. 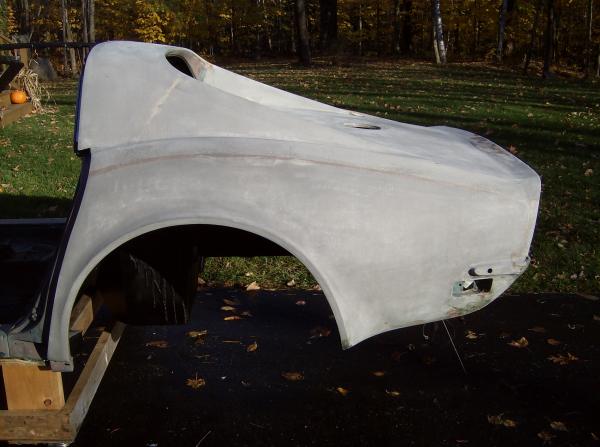 Once the paint was completely removed a liberal coating of Citristrip Neutralizer was applied over the entire fiberglass surface and scrubbed into the surface to ensure the stripper was fully deactivated. I paid special attention around any seams, coves, or other hard-to-reach places to ensure nothing got overlooked.

Unfortunately, after removing the paint I realized that the primer had been hiding some previous repairs I didn’t expect to find. 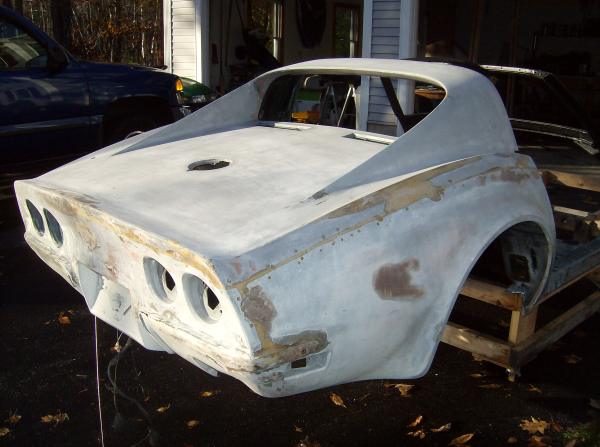 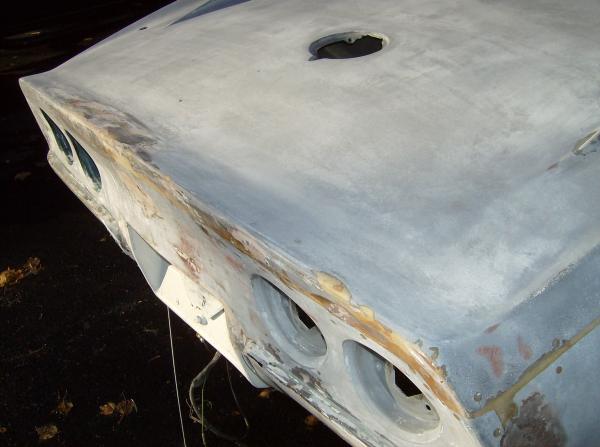 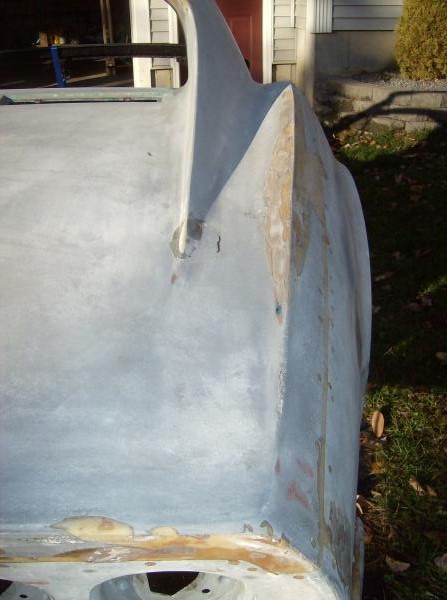 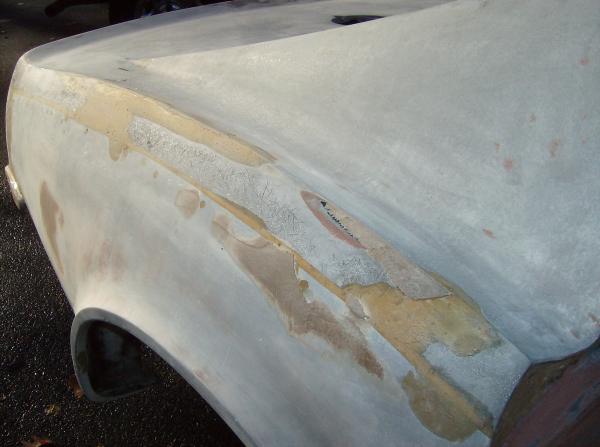 After looking over the repairs they appeared to be pretty shoddy. First off, where fiberglass was used as part of the repair, fiberglass cloth was used instead of fiberglass mesh. This ultimately means a weaker repair. Additionally, some unknown yellow repair material was used in several areas. This material was completely void of any fiberglass but was loaded with bubbles and air pockets. In the end I didn’t have a good feeling about incorporating these repairs into the final car. My main concern was that the repairs would not hold up well over time, mainly because the repair materials and methods are unknown. In addition, a substantial amount of body filler would be required to build up and smooth out the affected areas to get a quality finish.

After doing  a bit of research a new rear deck or new rear clip would have been way too costly. Instead, I was able to located a used rear deck and tail light panel on Corvette Forum for quite a good deal. Although the tail light panel isn’t in very good shape (the bottom half is broken off), the rear deck itself is very solid and even came complete with the original bonding strips. 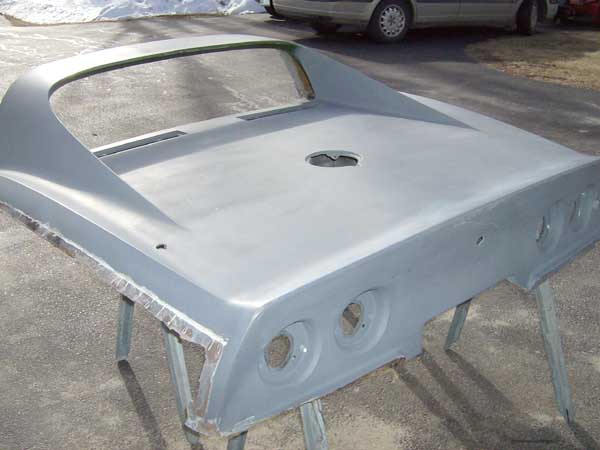 With the replacement rear deck here at the house my first task will be to remove the paint down to bare fiberglass. Once the paint is fully removed I’ll make a decision on whether to replace the rear deck in its entirety, or whether it makes sense to cut out a few patch pieces to repair my original rear deck (unlikely). Stay tuned for the next update to find out how things go!