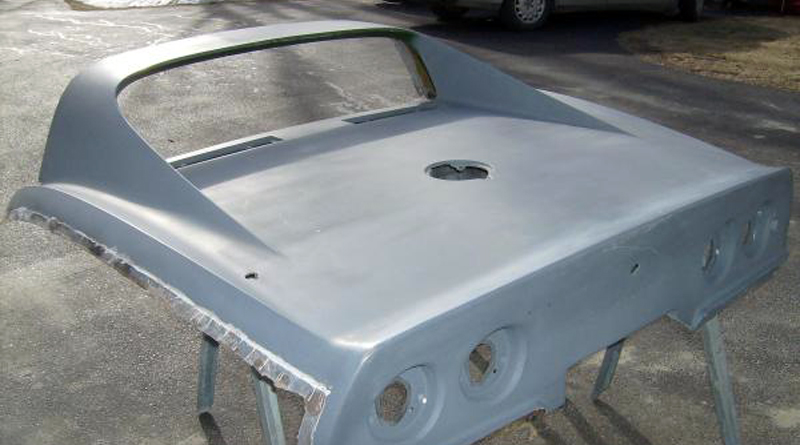 In the restoration update the paint had been removed from the rear clip revealing numerous areas of damage that were in need of repair. This update is the beginning of a mini-series of updates that will deal with repairing the rear clip.

Getting started on these repairs has taken a lot longer than I expected; my last update was back in February – nearly 4 months ago! After receiving several e-mails inquiring about the delay I’m happy to say all is well and the project is still moving forward. My hiatus was due to a very busy winter at work that left me with no time for hobbies. Thankfully things have slowed a bit and it’s time to start work on the car again.

As of the last update I had found and purchased a replacement rear deck. Although it is in great condition the previous owner had sprayed on a few coats of primer that needed to come off. So, the first order of business was to  do a bit more paint stripping. 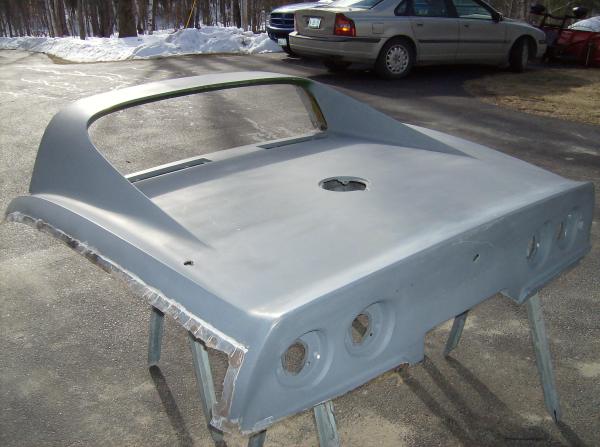 Once again I put the Citrustrip to get the old primer out of the way. Interestingly, this primer was pretty rugged stuff and held up better than the paint on the car did. After two applications the primer was turning out to be pretty stubborn and was still sticking around. Ultimately I ended up applying a good thick coat of stripper to the car, let it soak for about a half hour, and then scraped and thoroughly scrubbed the entire surface with a stiff bristled brush. This turned out to be a lot of additional work but it did the trick. 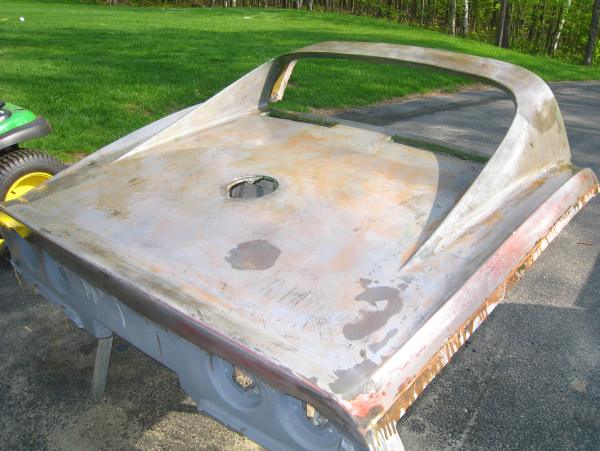 Once the third coat of stripper was applied and removed it was obvious all the scrubbing had done the trick. With the exception of a few areas of original red primer there wasn’t a spec of paint left on the rear deck. Thankfully I didn’t find any hidden damage on the rear deck, it’s really quite a nice piece! 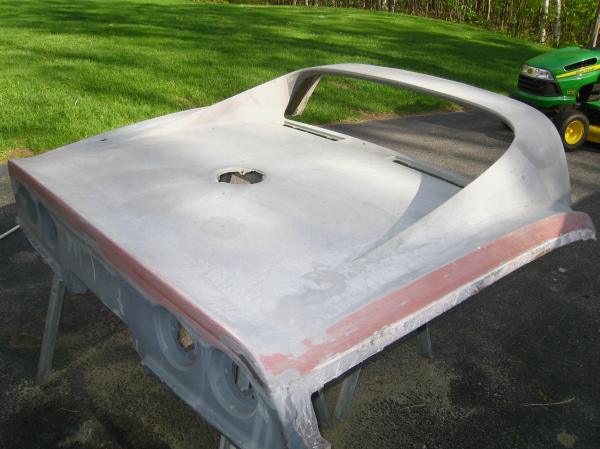 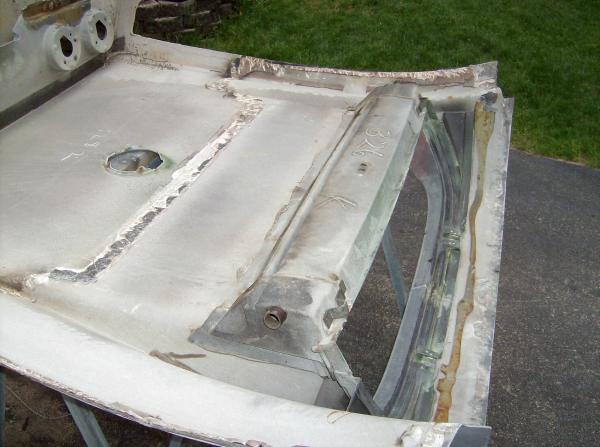 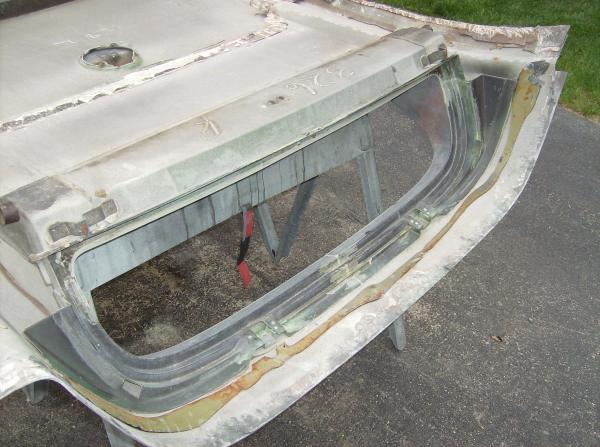 The first spot to be tackled was the area around the rear window. The photo below shows the bead of glue that was used to bond the top of rear window frame to the clip. Here a rubber mallet and 5-in-1 tool did a great job quickly separating the old glue from the fiberglass. 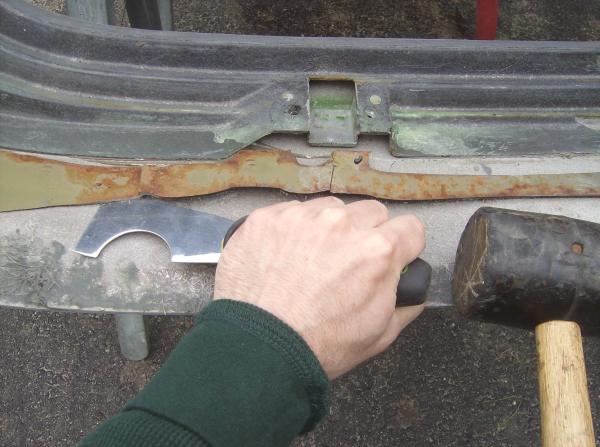 After about 10 minutes effort and some quick work with a DA sander the rear window area was looking pretty good. There are a few areas where the top layer of fiberglass was slightly delaminated by the work, but those areas can quickly be repaired with a bit of fiberglass resin a bit later. 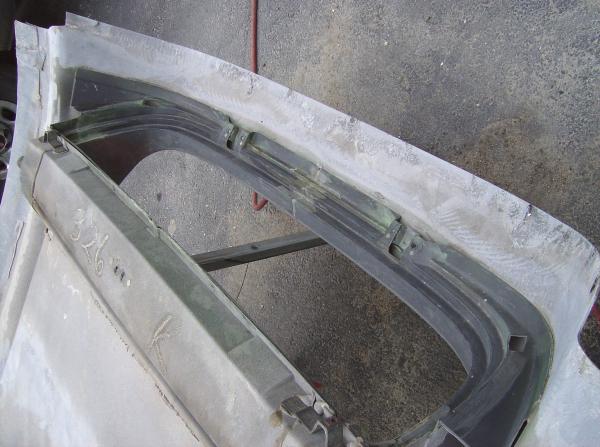 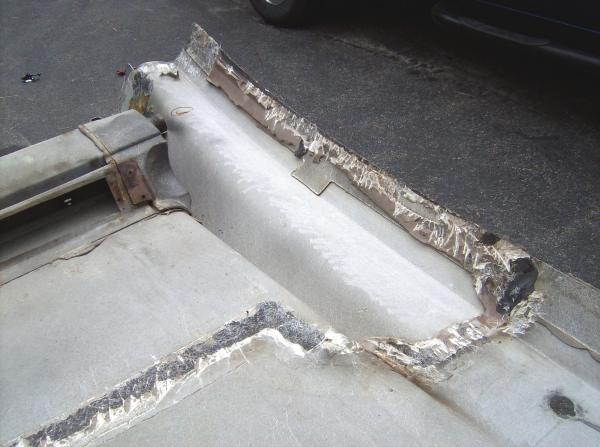 The process of sanding all of the bonding compound took about two hours and made quite a mess (dust everywhere), but the overall result turned out pretty nice. It took a bit of care to avoid sanding into the fiberglass body, but thankfully there’s a tell-tale difference in color between the bonding compound and fiberglass that let’s you know it’s time to stop sanding. The color difference is subtle so you just need to watch for it. 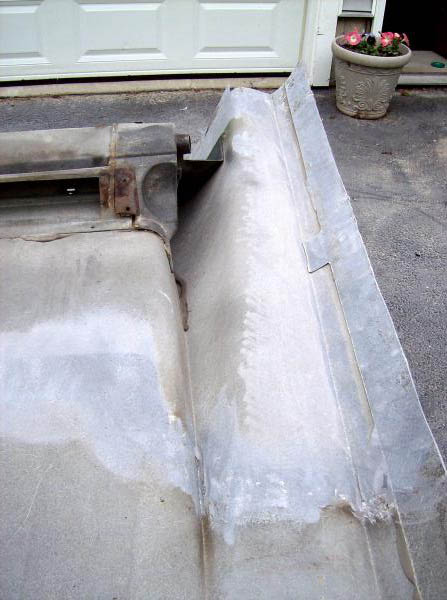 That’s where the work leaves off on this update. Next on the to-do list is removing the old tail light panel while trying to salvage the bonding strip. 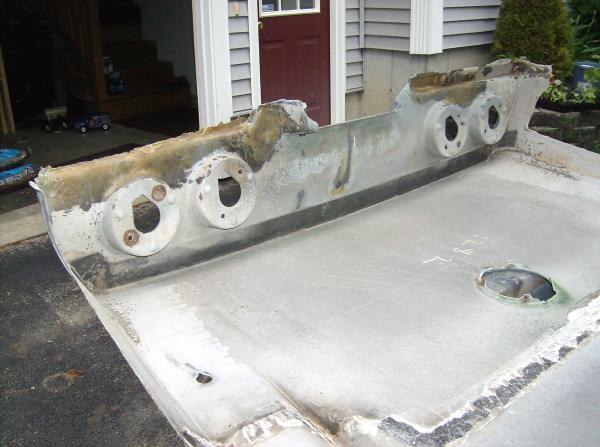 Stay tuned for the next update. It should be coming soon!