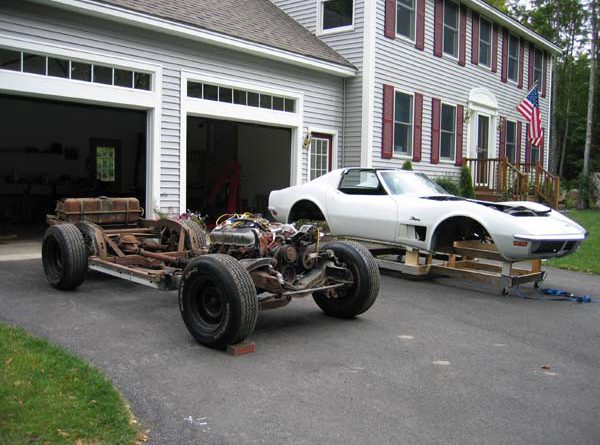 Here we go! I took the day off from work to get a jump start my Corvette restoration project. My goal for the long weekend: Start the restoration and get the body lifted from the chassis.

I spent the morning cleaning out the garage. I even took a photo to remember it by, I have no doubt it will be a VERY long time before it’s even close to being this clean again! 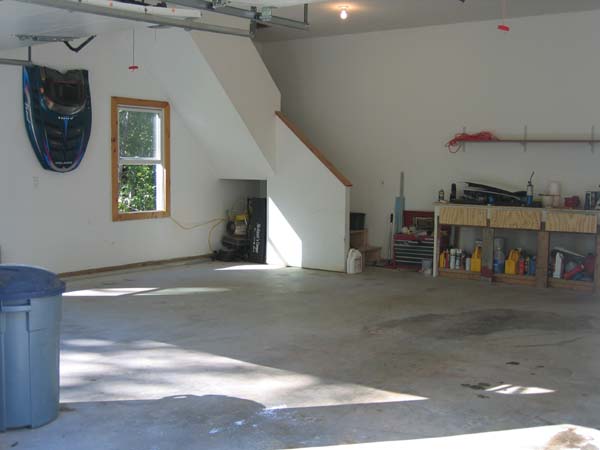 A rolling dolly had been built ahead of time to put the body on once it was off the frame. 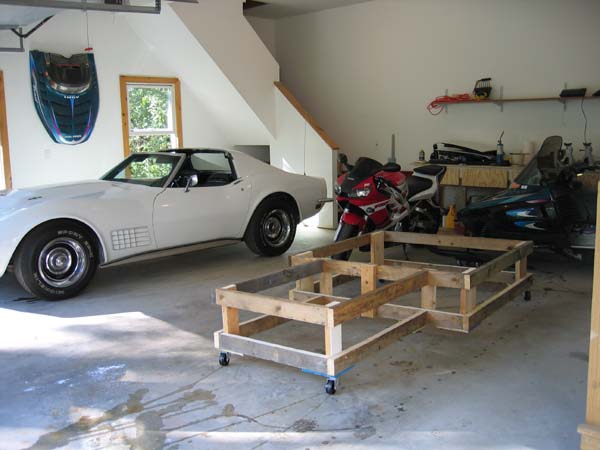 During disassembly, I tagged all the wires and hoses that were removed using pieces of index cards and zip ties to make reassembly a little easier when the time comes. Each tag includes a brief description of the connection, where it goes, and also references a digital photo number. The photo below is one taken of the back of the alternator. Needless to say, I’m beginning to have LOTS of digital photos! 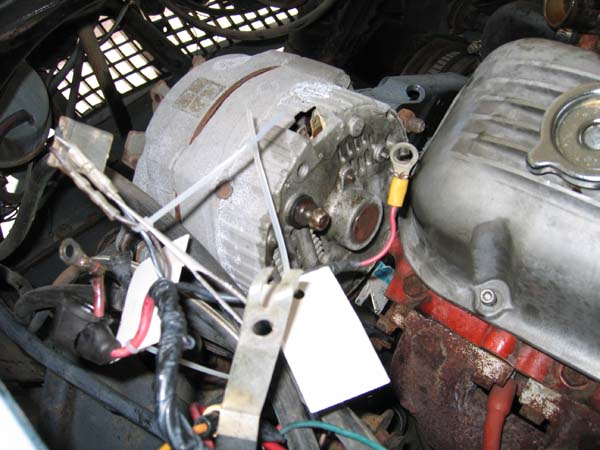 After about 8 hours of tagging and removing connections, bumper brackets, and other miscellaneous parts, it was time to move on to the body mounts. I removed the seats to get better access to body mounts #2 and #3. Body mounts #1 and #4 are accessed from the cars exterior (there were a total of 8 body mounts, 4 on each side of the car). Seat removal was also necessary to remove the seat belt bolts, they connect to the frame as well. 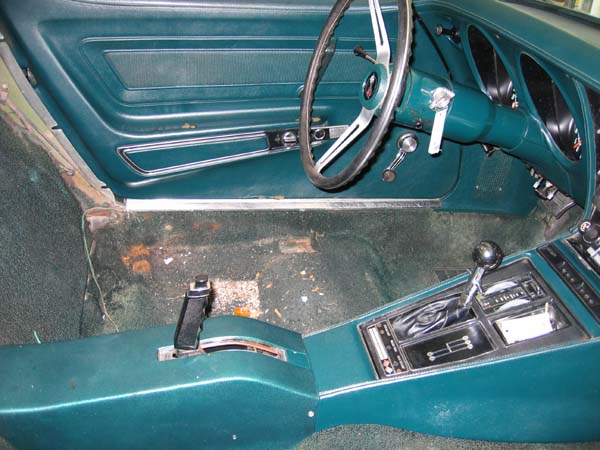 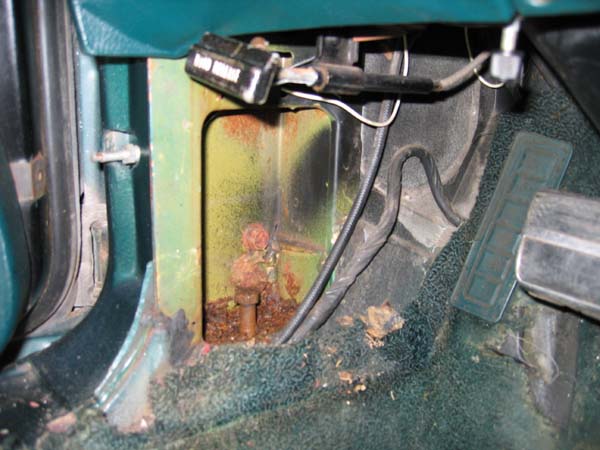 Body mount #3 – Located in the front of the rear wheel-wells. 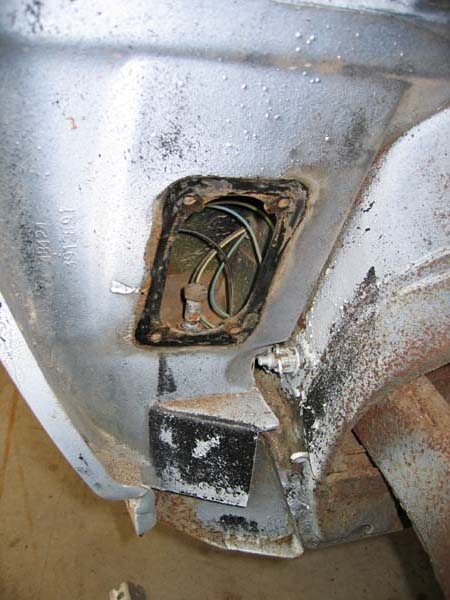 So far so good… No broken bolts or broken knuckles, most of the connections came apart fairly easily (likely thanks to the good soaking of PB Blaster they were given). The plan is to remove the body using an engine lift. To start, the body was raised using a car jack and blocking installed between the body mounts and frame. This seemed to work better than the lift for getting the car those first few inches up in the air. 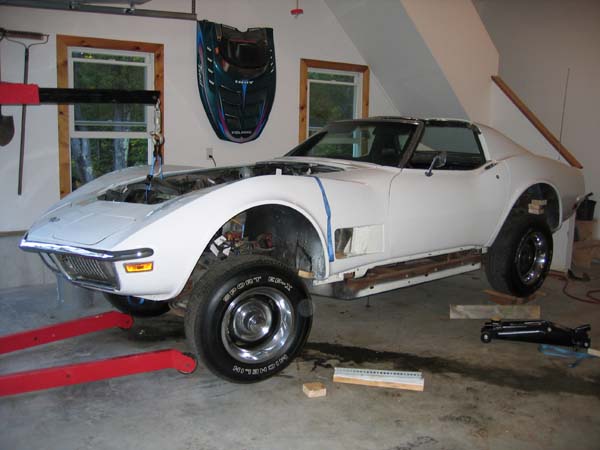 Time to break out the lift. We added a lot of bracing to reduce stresses on the body. Spreader and spacer beams were used to keep the straps vertical until they cleared the body. A brace was also used to help support the nose. Without the frame it doesn’t have much support. I’ll admit, it’s not pretty but it did a surprisingly good job. 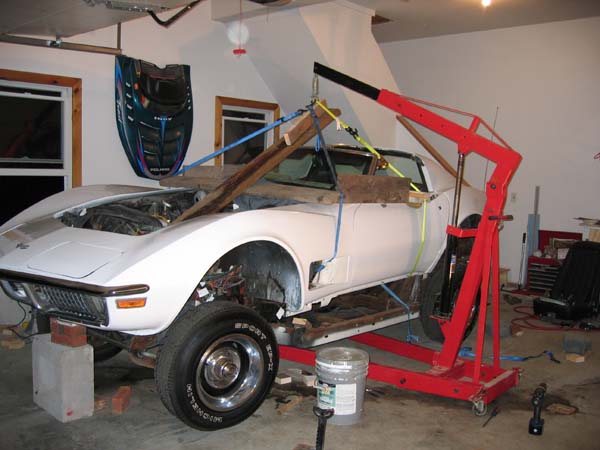 Ooops, forgot a connection! Ok, I actually forgot several but luckily they were all discovered before something bad happened. Jack the car two inches or so and check for forgotten connections, repeat, repeat, repeat… It seemed to work pretty well. 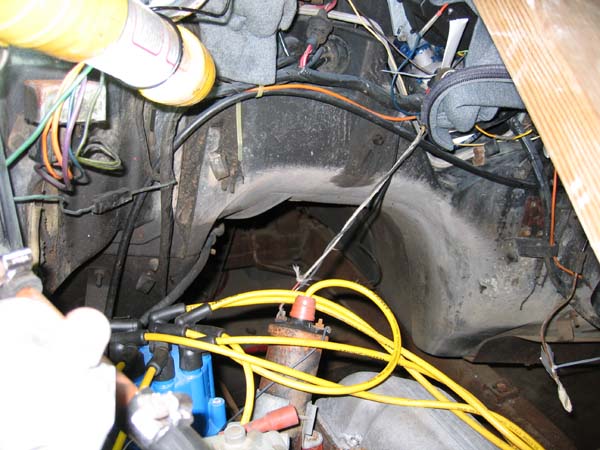 Voila! For the first time in 34 years the body is separate from the chassis. The process of lifting the body from the frame took about 3 or 4 hours. Toward the end we discovered that the engine lift wasn’t going to go quite high enough for the body to clear the engine and gas tank (Doh!). Luckily, removing the tires and setting the chassis directly on the floor gave us just enough clearance to get the body off (but with a fair bit of jockeying). Its a good thing my Dad didn’t mind turning his 10 minute visit into several hours of work, it’s definitely a two person job! Thanks Dad! 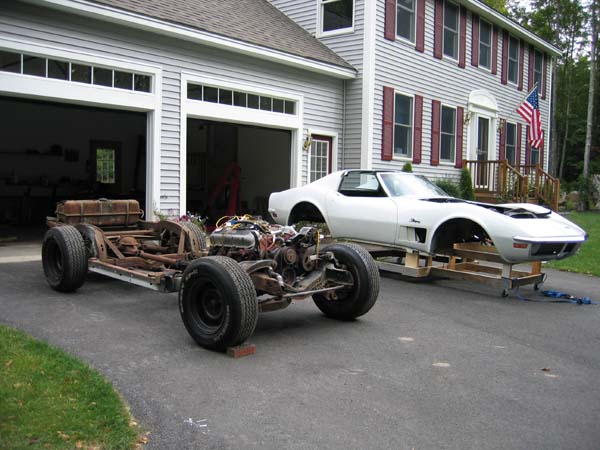 I’ve received a few questions about the body dolly I built, well I got the plans off the corvette forum and it worked really well. I’ve included the plans below for anyone interested in building something similar. Be sure to adhere to the dimensions pretty closely or the car might not seat properly on the frame. Click the image for a larger version of the plans! 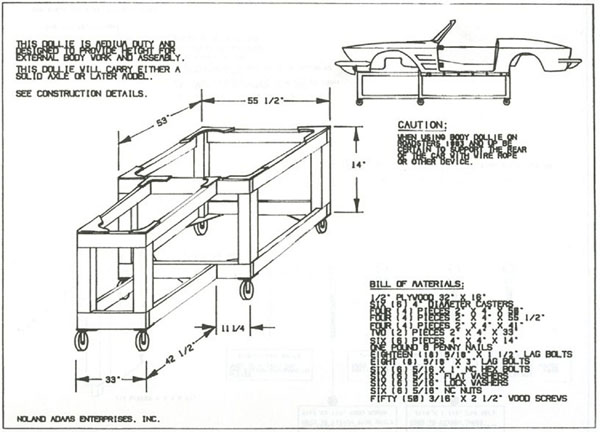 Some photos of the chassis and body…. 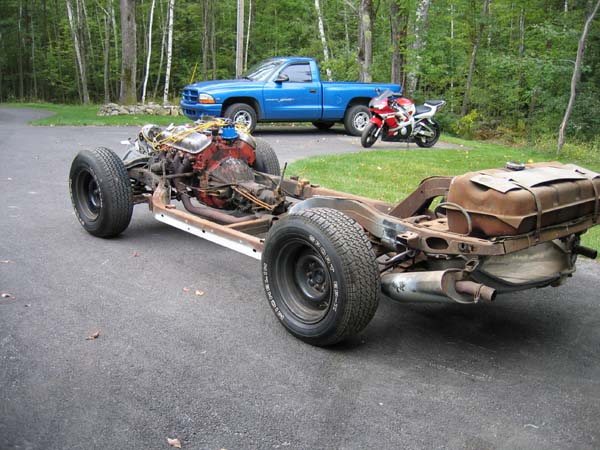 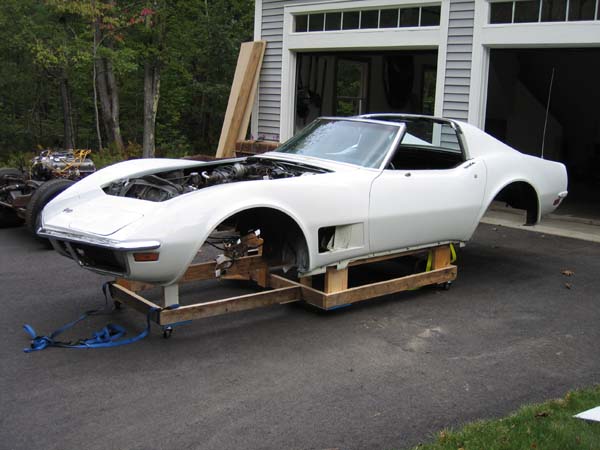 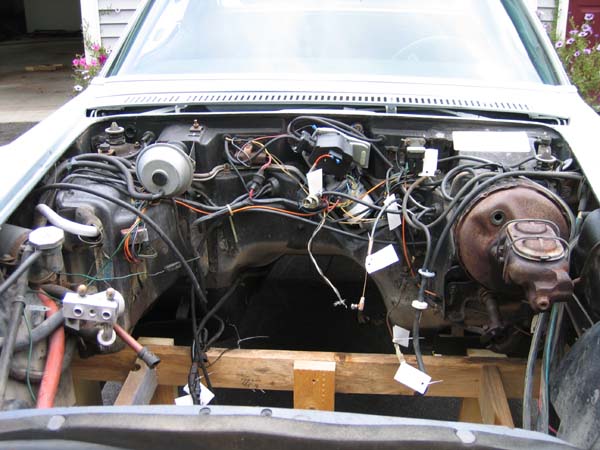 Time to get the engine and tranny out. This went much more quickly than the body. 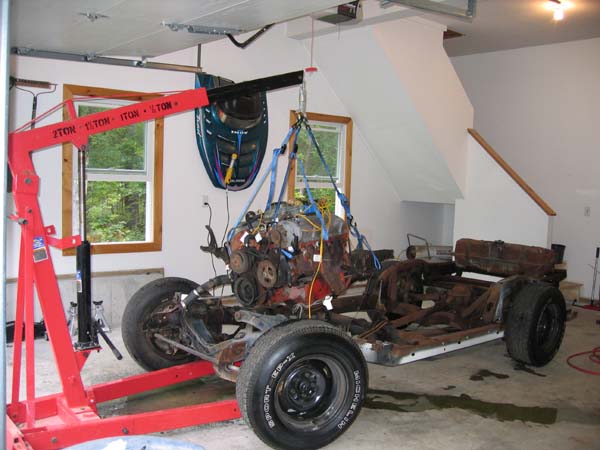 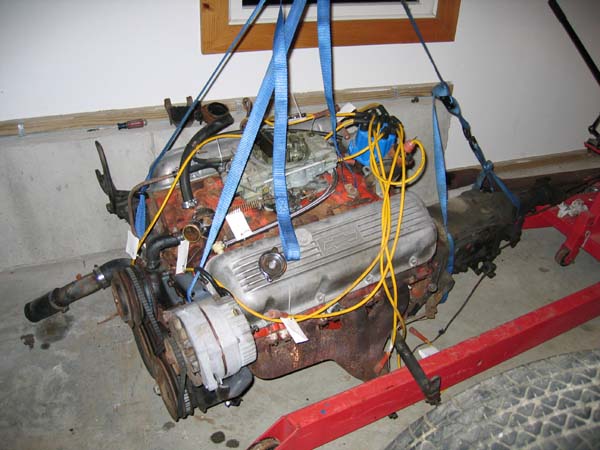 A little more disassembly of the chassis and the frame will be ready for sandblasting! 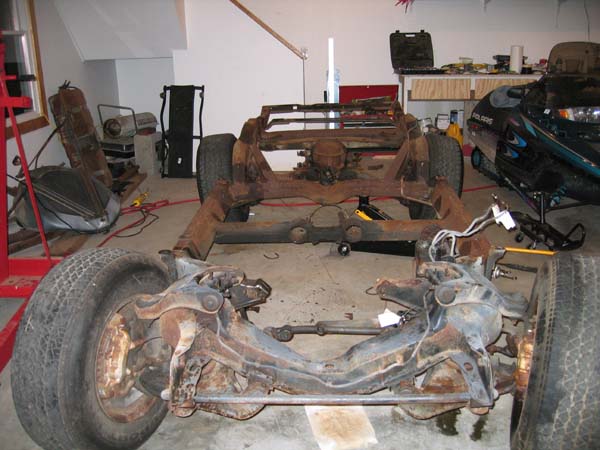 It’s been a productive few days but that’s all for this update. Stay tuned for a new blog post – coming soon!