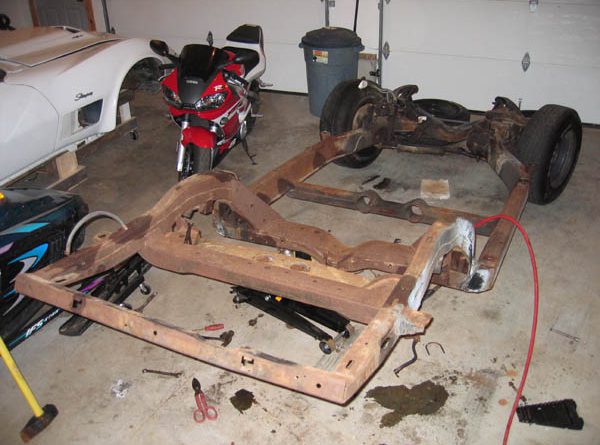 I spent a few hours during the week continuing to disassemble the chassis. Here I have the rear suspension and drivetrain components removed. Time to move onto the front end. 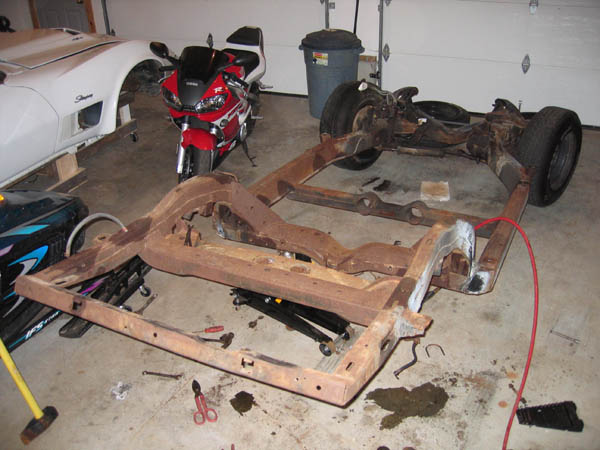 I removed the shims from the upper control arm and bagged each set separately. Hopefully, this will allow me to get the wheel alignment closer to where it should be when the car is reassembled and make the drive to the alignment shop a little easier. 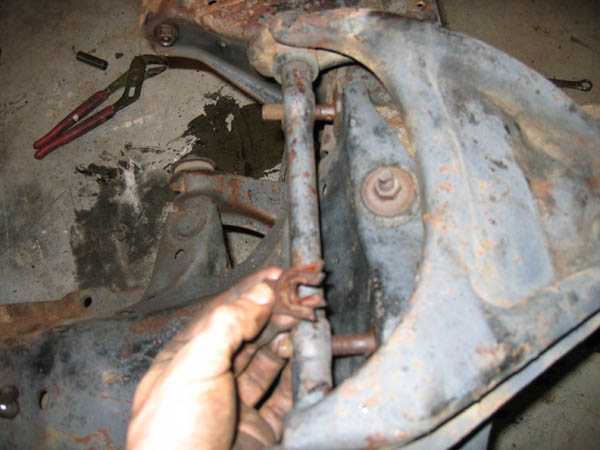 Down to the bare frame. Saturday mornings to-do list includes a thorough degreasing and pressure washing to remove the many layers of oil and grease. 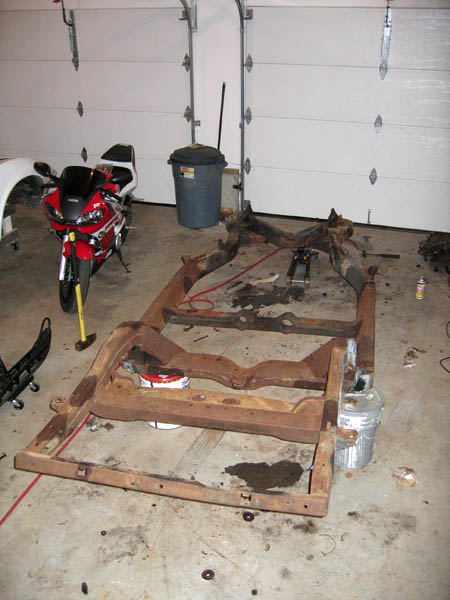 I’d like to call this ‘organized chaos”. Just a few of the many parts that came off the frame. Some will be cleaned, painted, and reinstalled while others will be replaced with new and improved components. 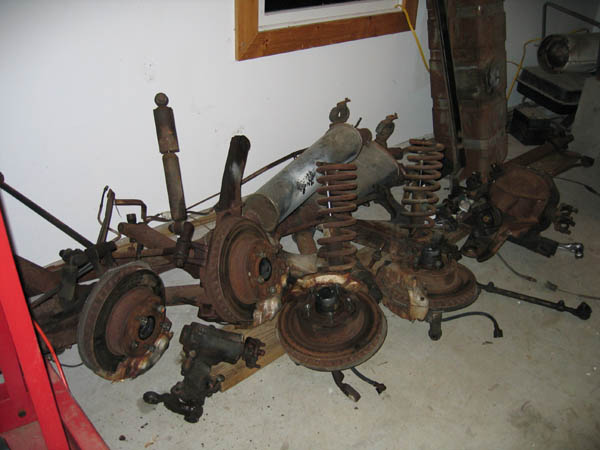 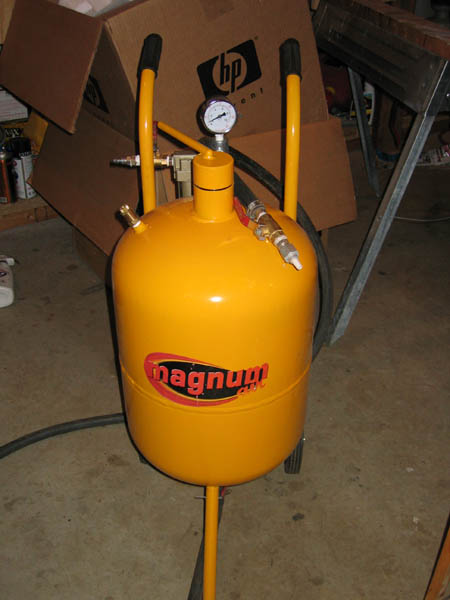 Took several hours to track down some sandblasting grit Saturday morning, but I came home with 400 pounds of it. Mmmmm, pulverized blast furnace slag. 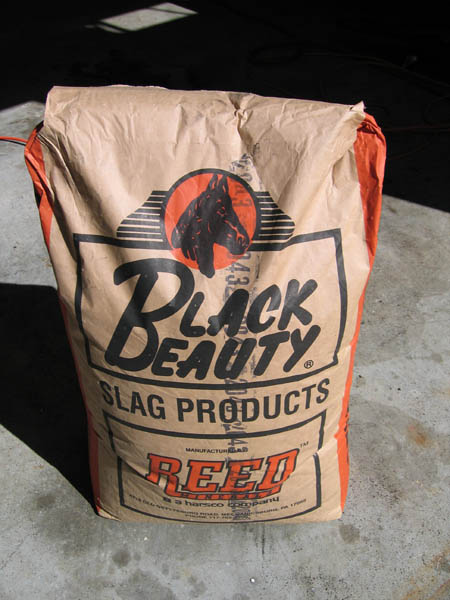 It’s pretty cool stuff, but I’ve got a feeling it’s going to make a big mess… 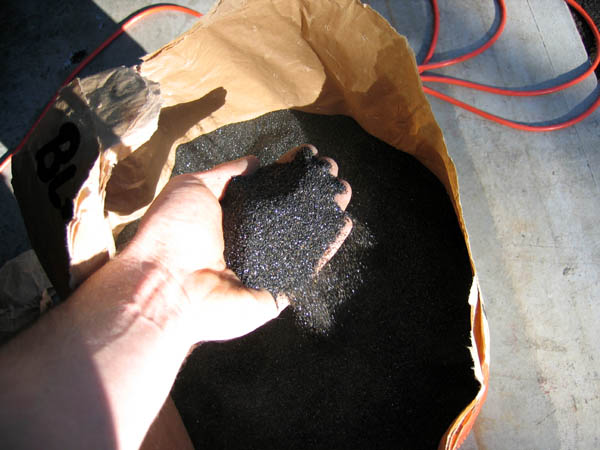 Let the sandblasting begin! In order avoid building a sandblasting tent in the garage I moved the frame into the driveway and started the blasting there. The next two photos are screen shots taken from some videos taken while sandblasting the frame. Click each to watch the fun. Each file is about 2.5 Mb in size. 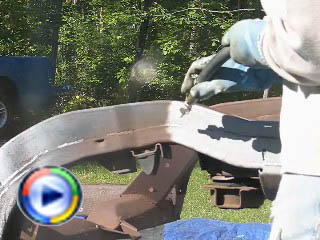 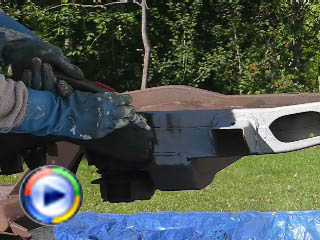 After a few hours of blasting, here is the result. I moved the frame back into the garage to keep the morning dew off. I think I’ll have to build a sandblasting tent after all, it’s too much of a pain moving in and and out of the garage. What a difference a little blasting makes! 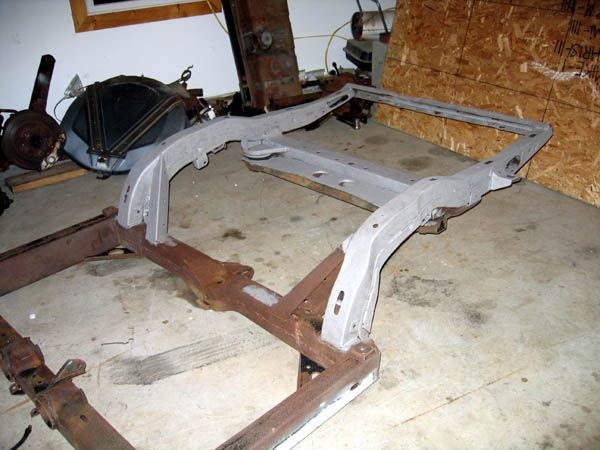 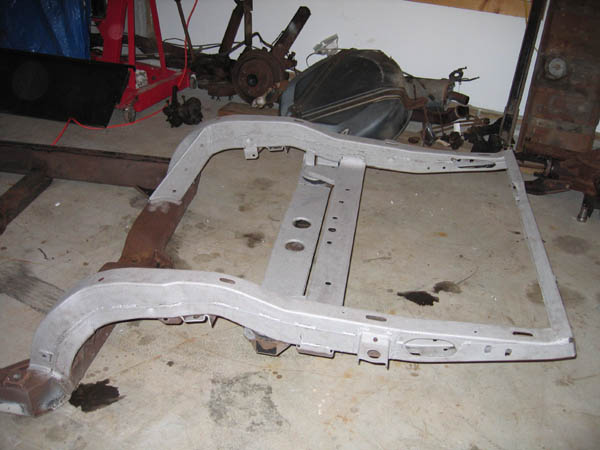 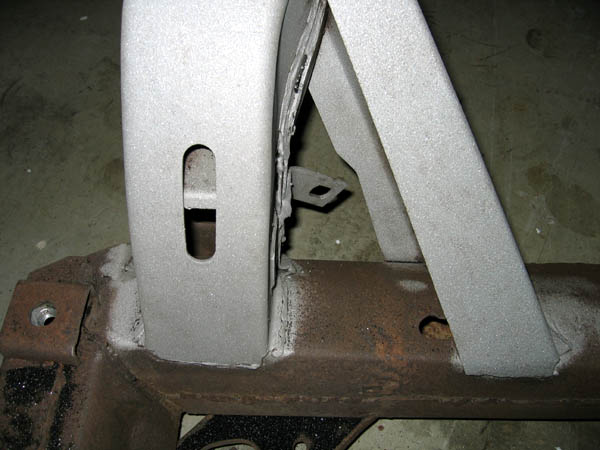 Sandblasting will continue in the next update. Stay tuned!