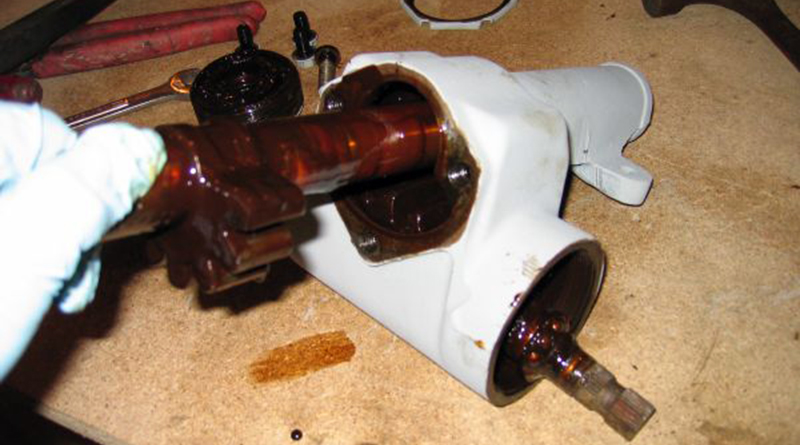 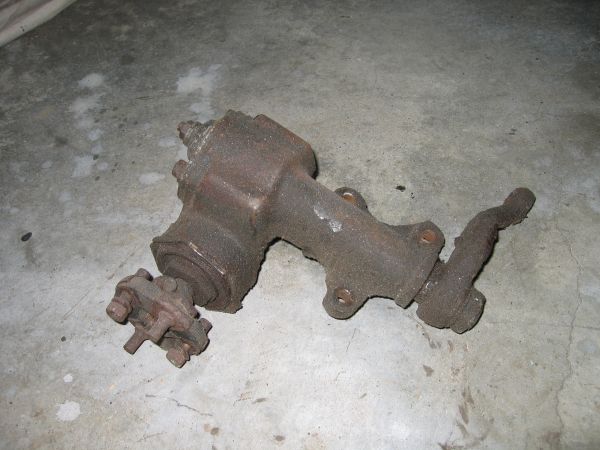 After a lot of cleaning, wire brushing, degreasing and a coat of primer I discovered a small problem. The oil seeping out of the steering box at the base of the wormshaft told me the thrust bearing seal was in need of replacement. Looks like I’ll have to open up the steering box and check things out inside, who knows what’s left for lubricant in there… 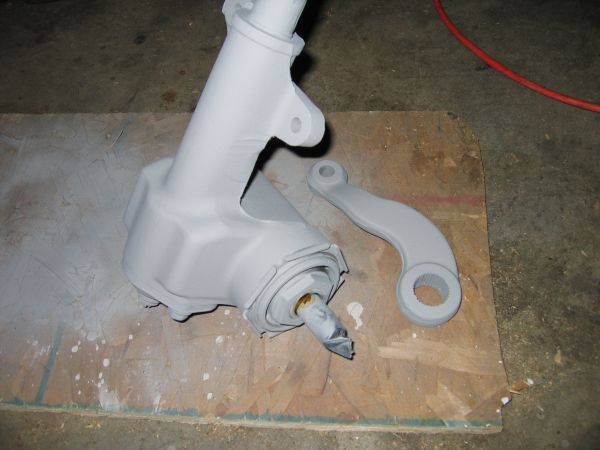 The first step in disassembly is the removal the lock ring. I didn’t have a wrench nearly big enough so I used a hammer and socket to get things moving. Luckily removal of went pretty easily. 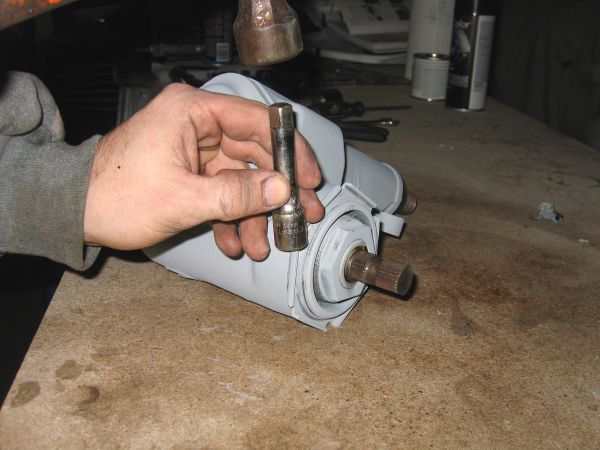 Next it’s time to remove the thrust bearing adjuster. 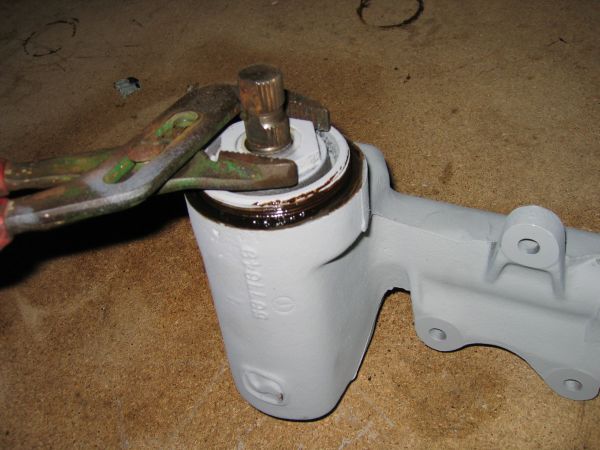 Well, at least there’s still a little bit of lubricant inside. Most of it had actually turned into a thick syrup-like sludge though. Should be fun to clean… 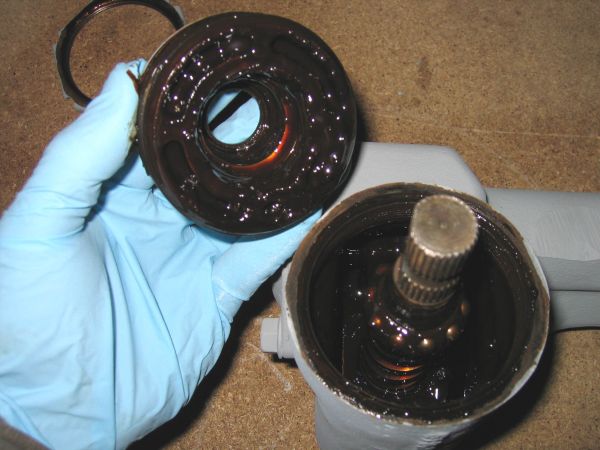 Next I removed the three bolts holding the side cover in place. Before removing them I took a second to break loose the lock-nut holding the adjusting screw in place. It’s much easier to do so now while the cover is still securely bolted to the steering box housing. 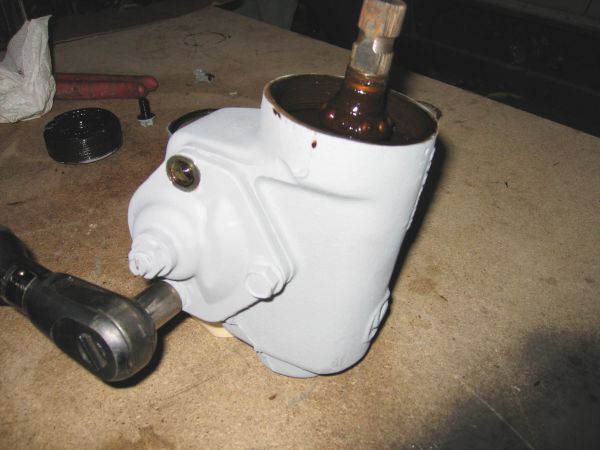 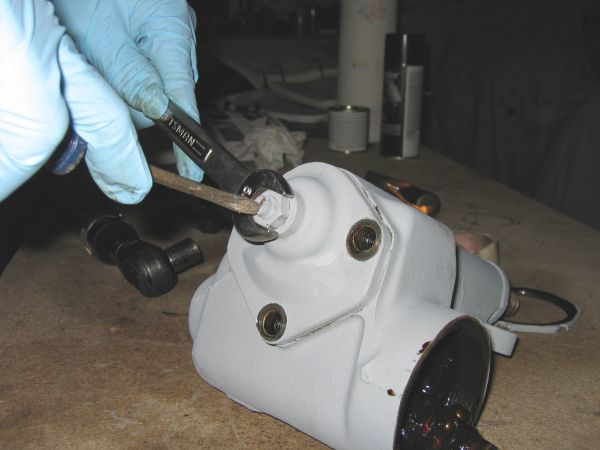 Here the side cover and adjusting stud have been removed. 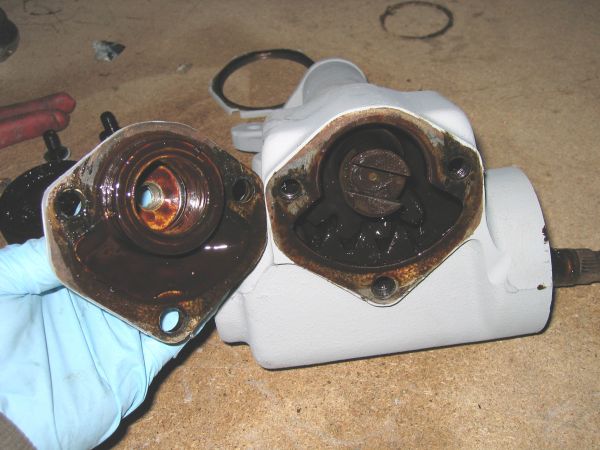 At this point I was able to easily remove the pitman arm shaft and worm gear assembly. 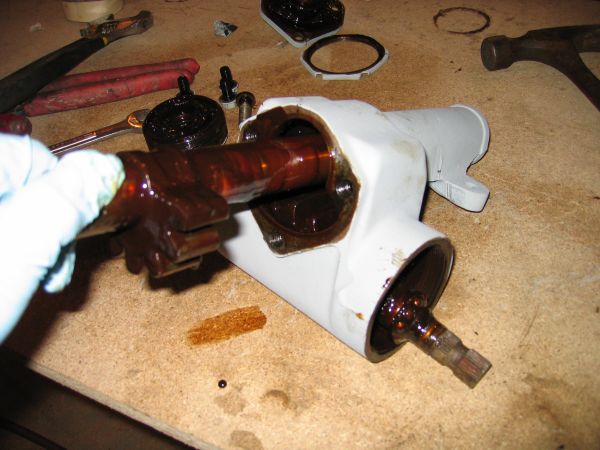 After a fair bit of cleaning and degreasing I ended up with the parts shown below. Apparently carburetor cleaner makes a good paint remover too! 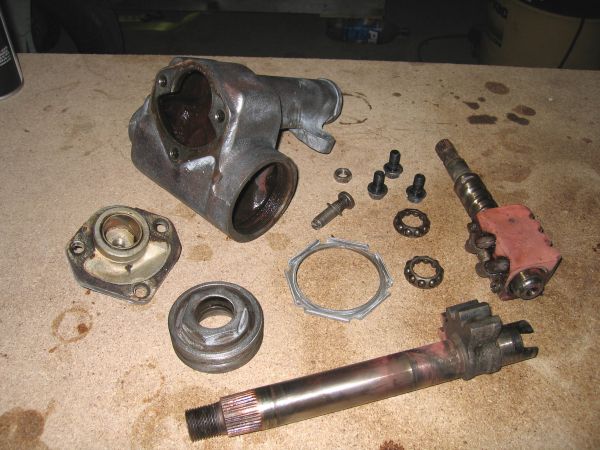 Once things were cleaned up I took a few minutes to inspect each part for wear. Thankfully no significant wear was visible on the teeth of the worm gear assembly and pitman arm shaft. 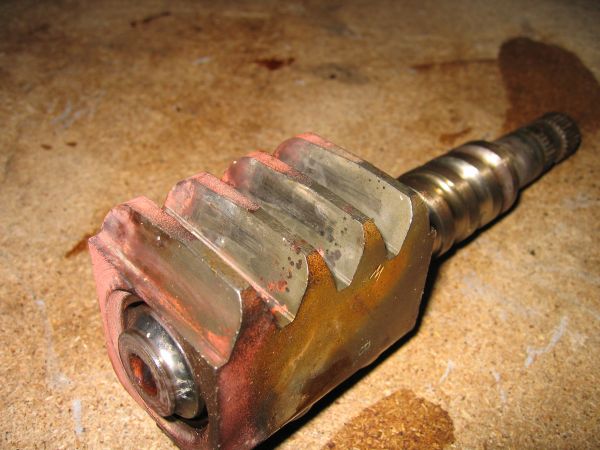 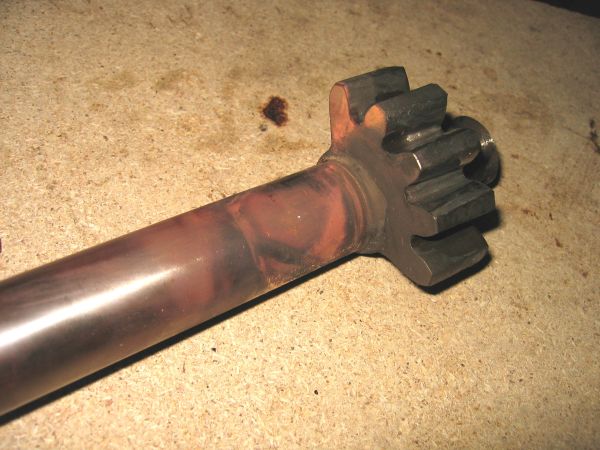 In order to complete inspection of the worm gear assembly I removed the ball guide clamp and ball guides so that things could be completely taken apart and looked at. 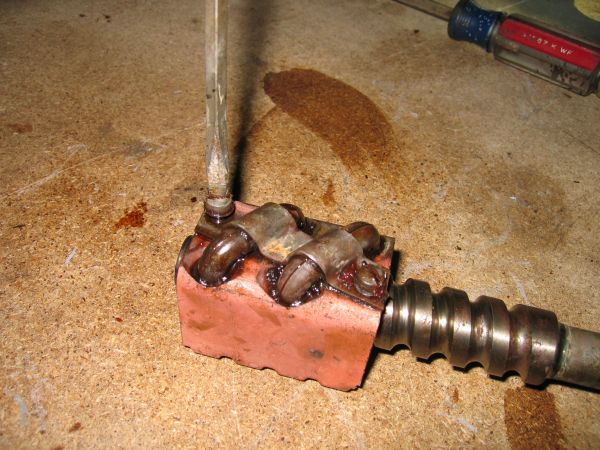 With the guides removed (only one has been removed in the photo below) I carefully removed the steel balls being careful not to loose or drop any. There are 27 in each guide assembly. 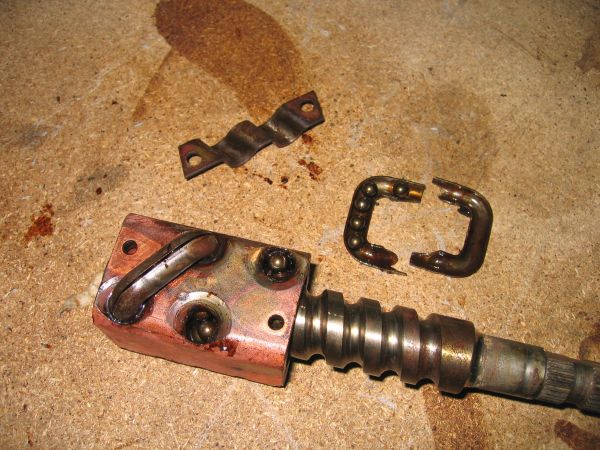 Further inspection didn’t reveal any problems so I’ll clean everything up real well before starting reassembly. 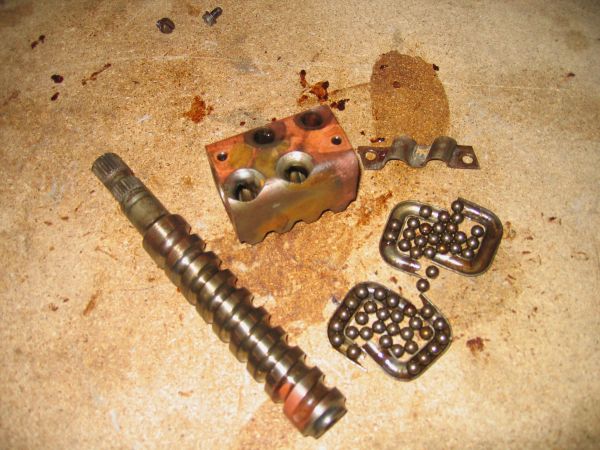 To reassemble everything I centered the shaft and put as many steel balls into the assembly as possible. 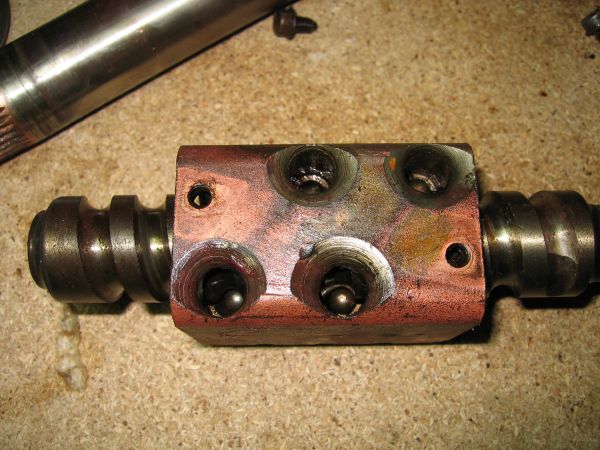 The remaining balls that wouldn’t fit in the worm gear were placed in the ball guides and packed with grease to keep them from falling out. Reassembly was pretty much the reverse of disassembly and went fairly quickly. 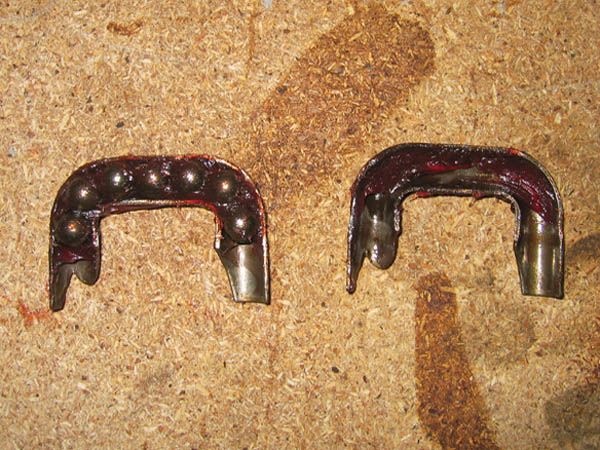 The last thing to check was the bearing races. No wear was visible. 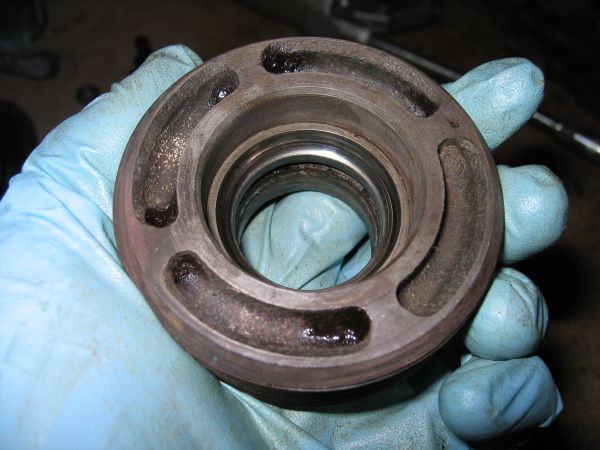 So, it looks like I just need some new seals and grease in order to get the steering box put back together. Finishing this job is next on my agenda, with a little luck it won’t take too long to track down the new seals.