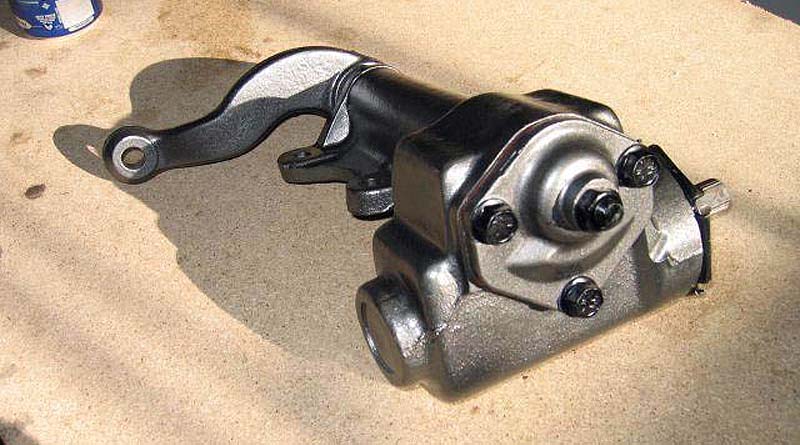 As of the last update I had determined that, for the most part, things inside the steering box were in decent shape. Since that time I was able to track down some new seals and complete the “rebuild” of my steering box. First on my list was to check the lash adjuster screw end clearance. According to specifications the end clearance should be 0.002″ or less. I measured mine at about 0.005″ so a shim needs to be added to remove the excess play. 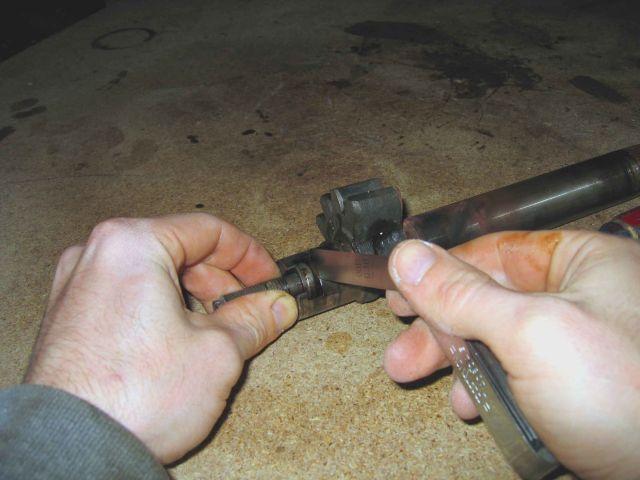 Here a shim has been added between the head of the bolt and the existing washer. After adding the shim the end play was between 0.001″ and 0.002″, well within spec. 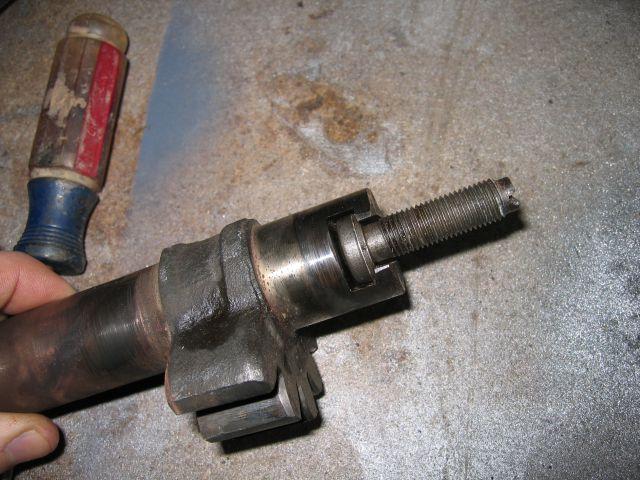 Removal of the existing seals was easy, I just pried them out with a screwdriver. 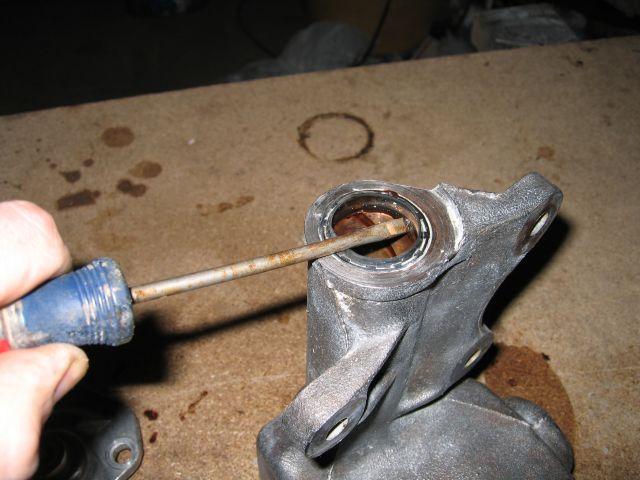 Installation of the new seals was pretty simple too, but required a gentle touch. I used a socket to make sure I didn’t accidentally dent or damage the new seal while making sure the seal seated evenly. Here the new wormshaft seal is being installed in the adjuster plug. 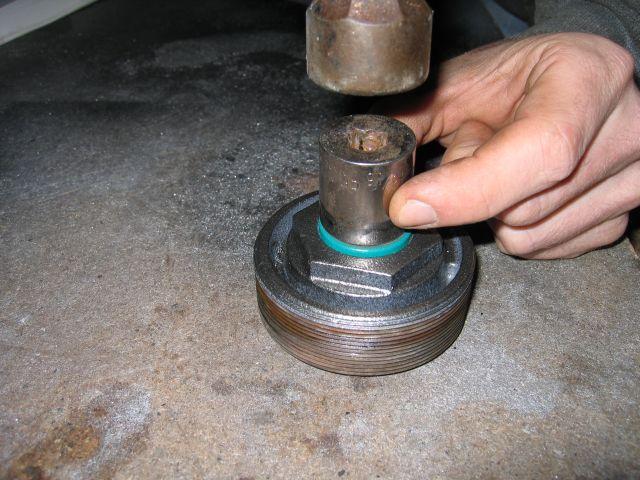 The new pitman shaft seal was installed the same way. 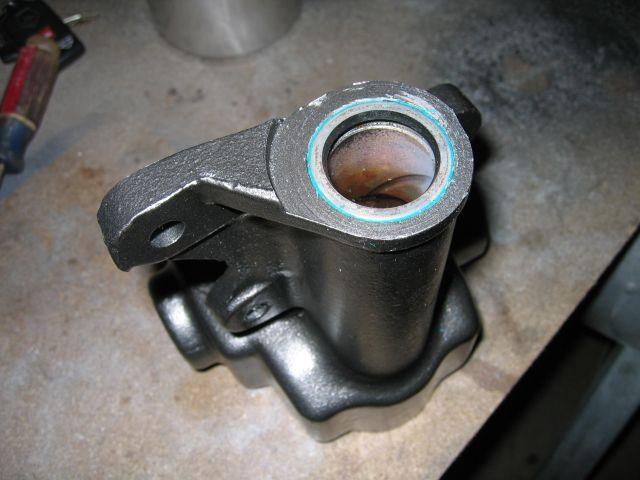 Prior to reassembly I coated the worm shaft assembly and pitman shaft with grease to be sure everything was thoroughly coated, plus the grease helped to hold the wormshaft bearings in place during reassembly (shown at each end of the wormshaft). I decided to go with Mobil-1 synthetic grease for the steering box. Although its a bit more expensive than the traditional stuff, the synthetic grease should hold up better, especially when considering that I’ll be putting headers on the engine and they’ll throw quite a bit of heat on the steering box. 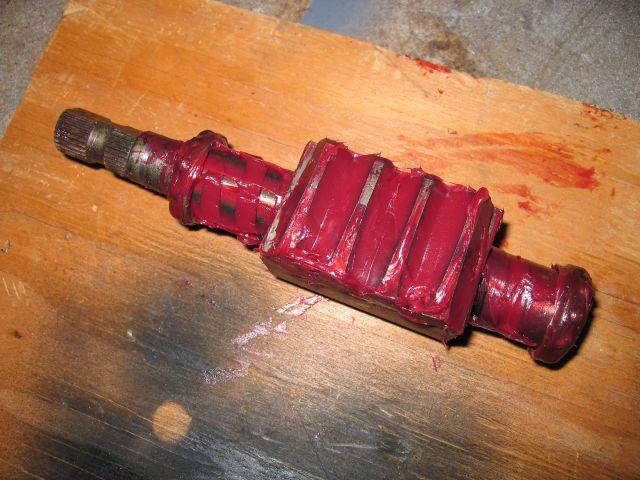 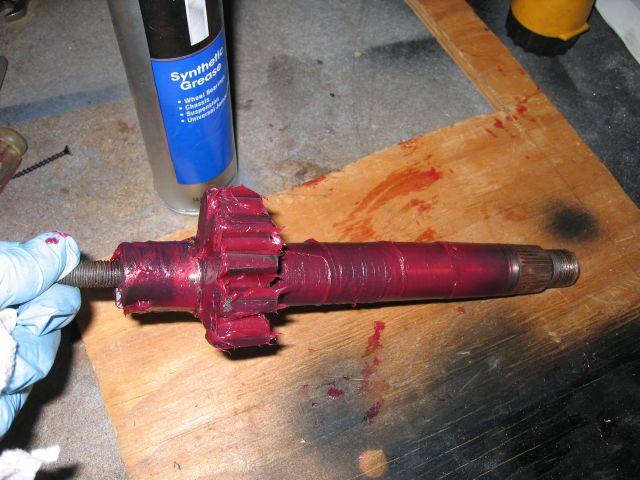 Here’s the completed and fully adjusted steering box ready for reinstallation on the car. It sure looks better then when I started! 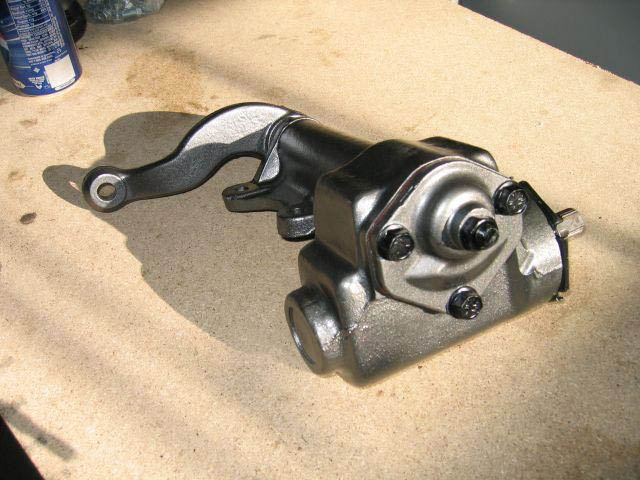 Before installing the steering box I decided to rebuild the steering coupler joint (rag joint) with the kit I bought. Long story short this kit was a total piece of junk. Not only did the kit come without directions, the new pieces didn’t even come close to matching the original pieces so I never did figure out how to put it together (and I have a degree in engineering!). At this point I’ve decided to just order a complete new joint. Since the failure of this joint would result in the complete loss of any steering ability I figure its the safe way to go. 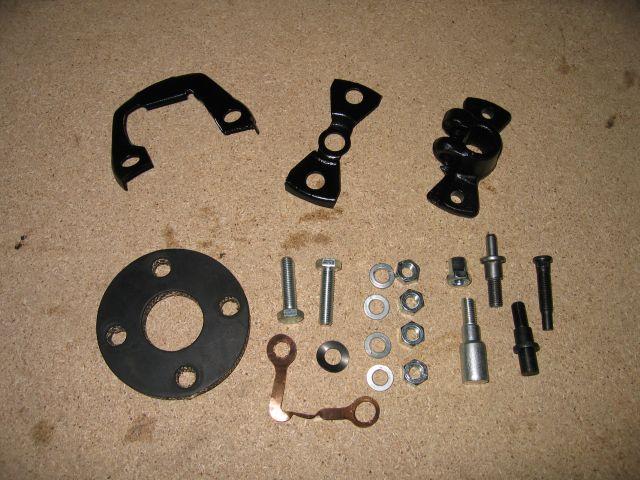 Here I’ve installed the steering box on the car and bolted the pitman arm to the power steering control valve. 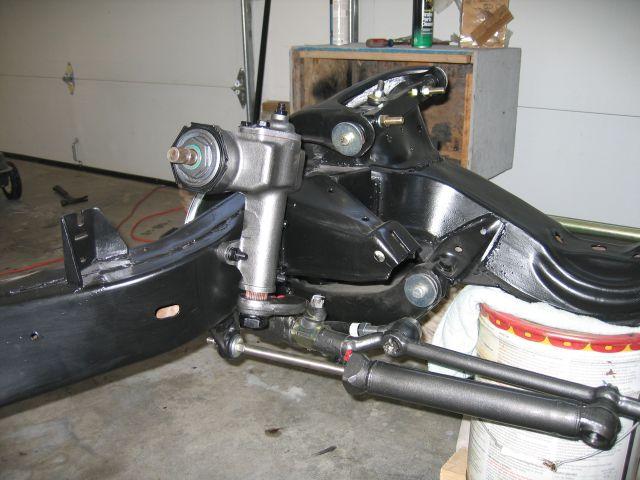 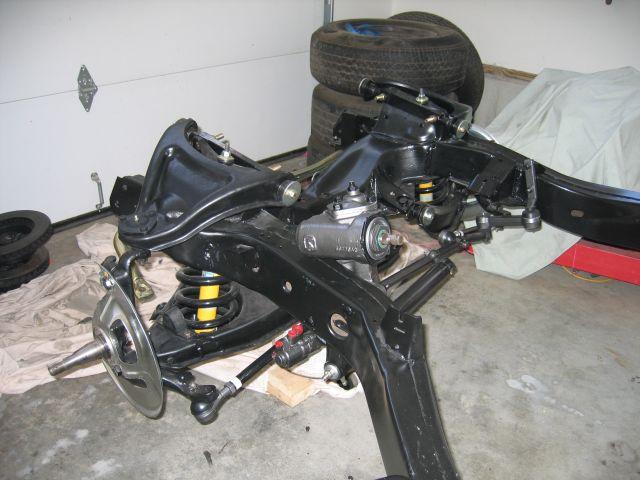