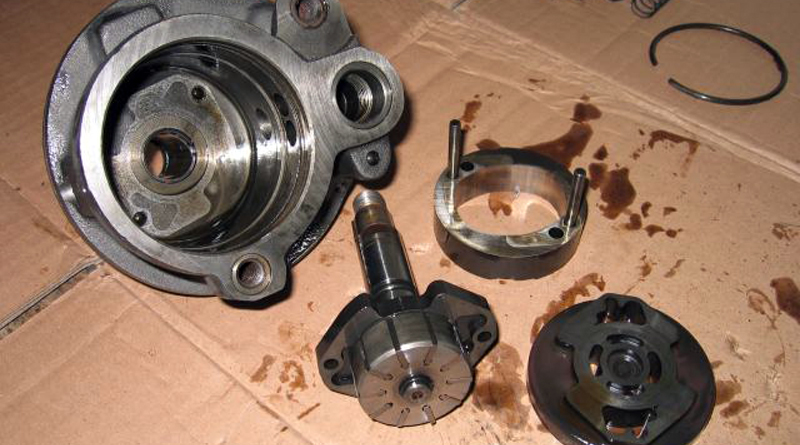 To complete this task I purchased a rebuild kit from Zip Products. The kit covers a number of different pump models and had several unneeded o-rings and bushings, but it did come with decent instructions so it wasn’t too confusing. I also referenced the Chassis Overhaul Manual which had some good descriptions and pictures of the work. So, time to get started! Here’s the power steering pump with the pulley removed, power steering fluid drained, and most of the grease and grime removed. 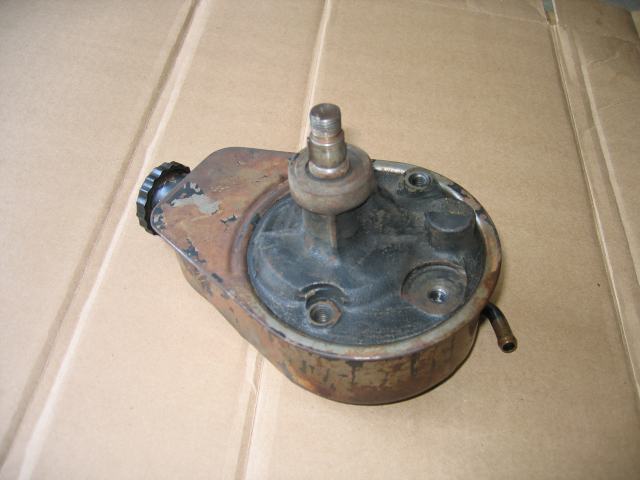 To facilitate disassembly the power steering pump was secured in a vice and the stud was removed from the back of the reservoir. 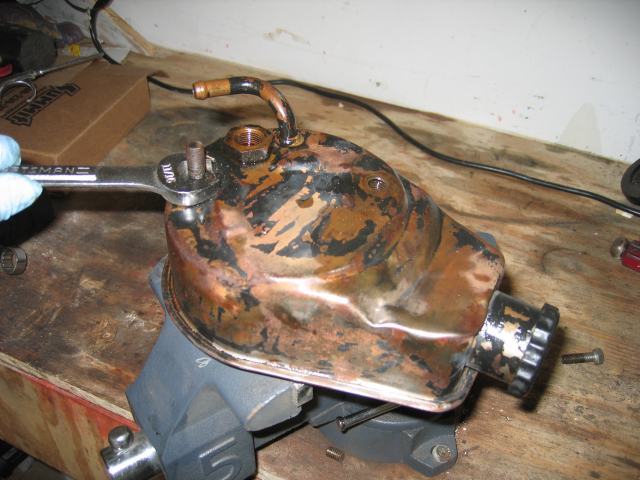 Next the pressure union was removed… 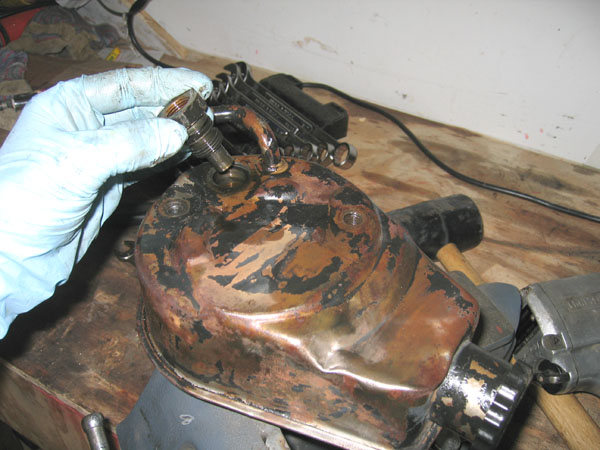 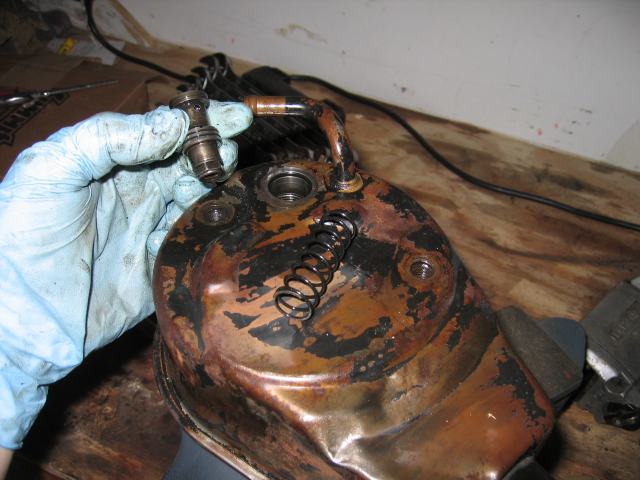 Next the reservoir was separated from the pump body by tapping on the flanged edge of the reservoir. It only took a few light taps, anything more and a wood block would need to be used to prevent denting the reservoir. 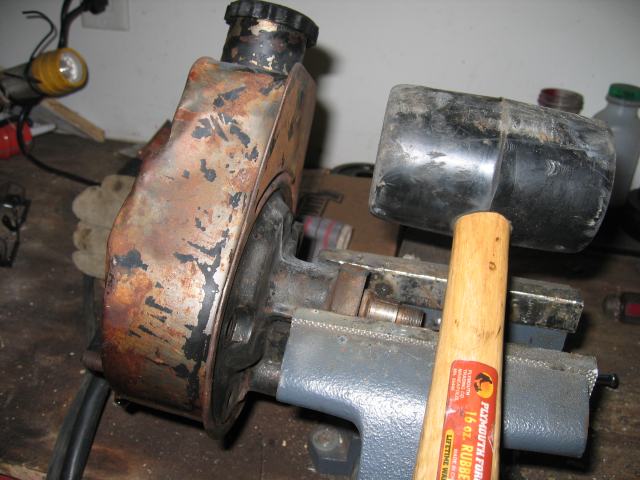 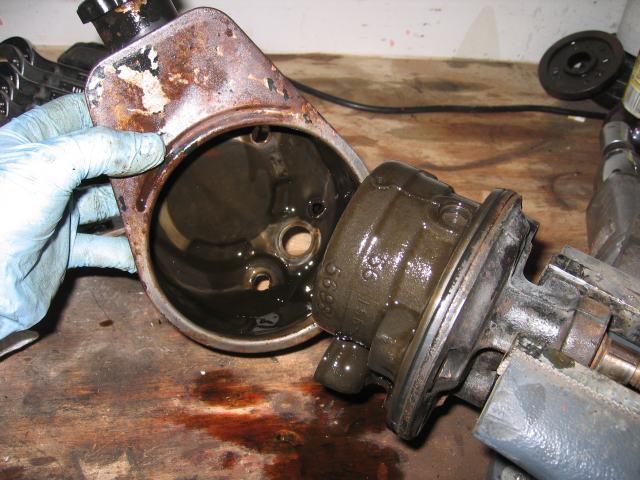 After a good degreasing, cleaning and paint removal the pump reservoir was ready for primer and paint. 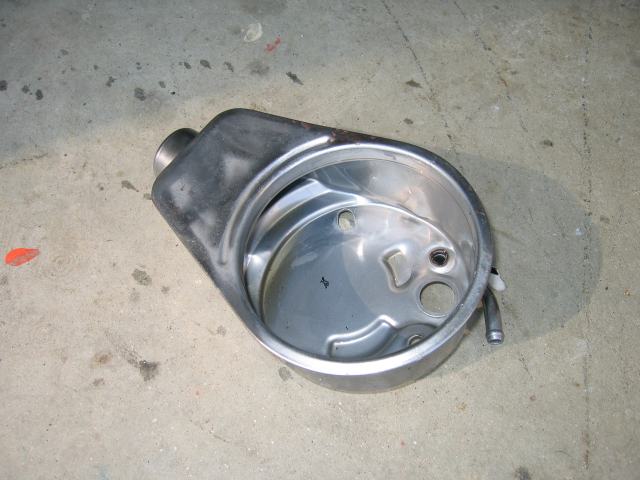 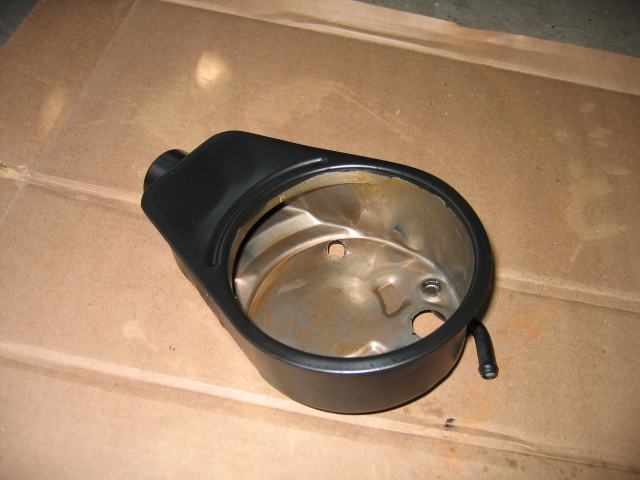 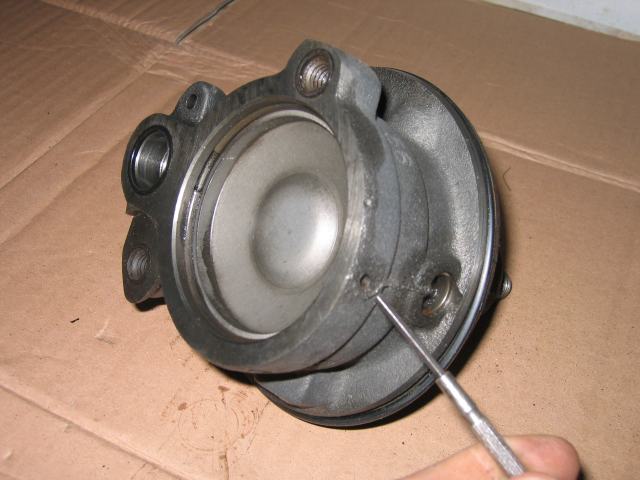 With the ring rotated into position I inserted a small punch through the access hole to force the ring out of its groove. A screwdriver was then used to pry the retainer ring out. 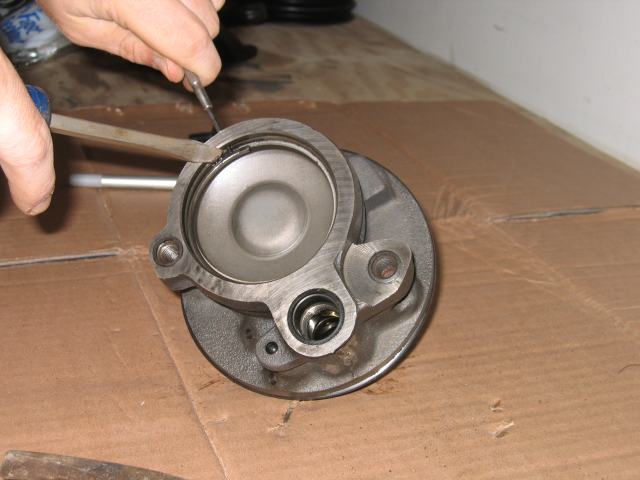 With the retainer ring removed the end cover easily popped out and was removed. As shown in the photo, there is a spring below the end cover which helps to pop it out of place. 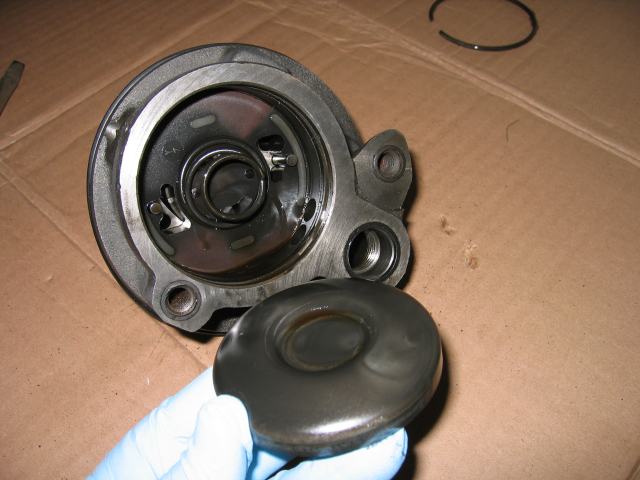 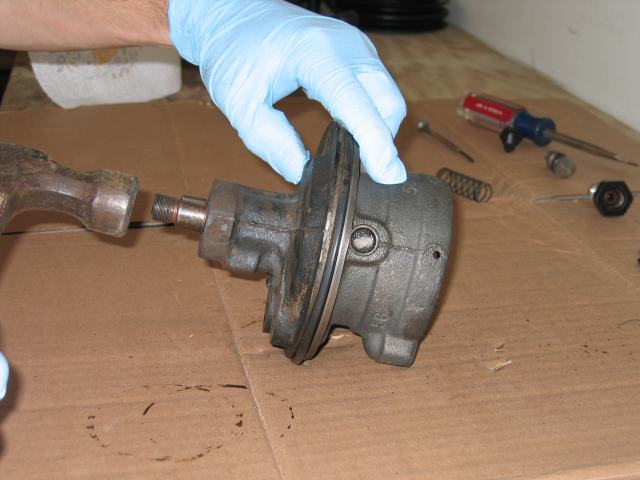 Here are all of the internal parts of the pump (except for the o-rings which are not pictured). At this point I thoroughly cleaned all of the parts with solvent and dried them prior to reassembly. Prior to reassembly I checked the condition of the pump shaft and the shaft bushing, luckily for me both were in good shape and replacement was not necessary. 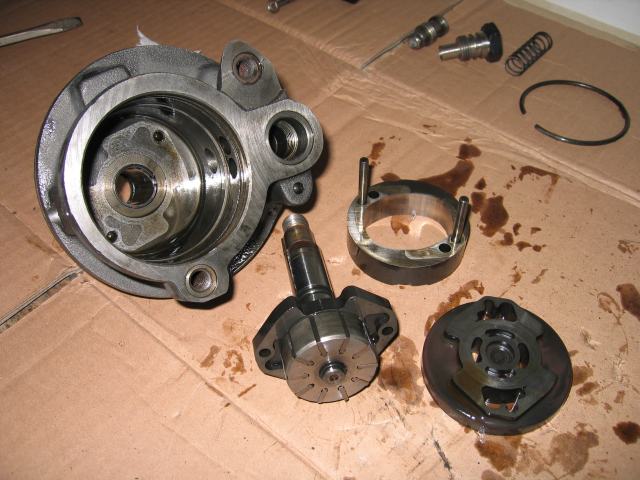 Here the old shaft bushing is being removed from the pump housing prior to cleaning and painting. 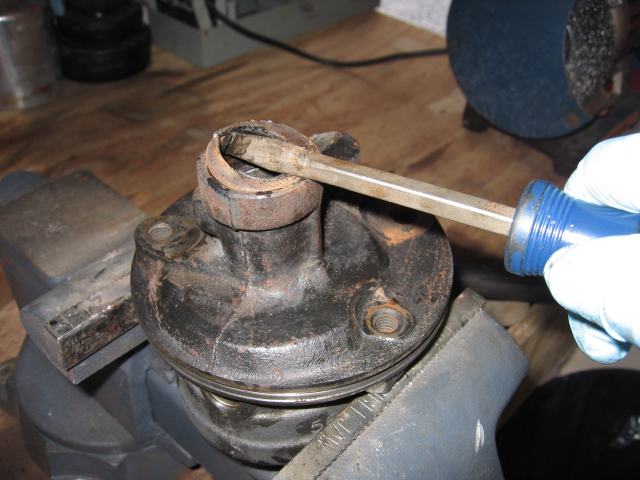 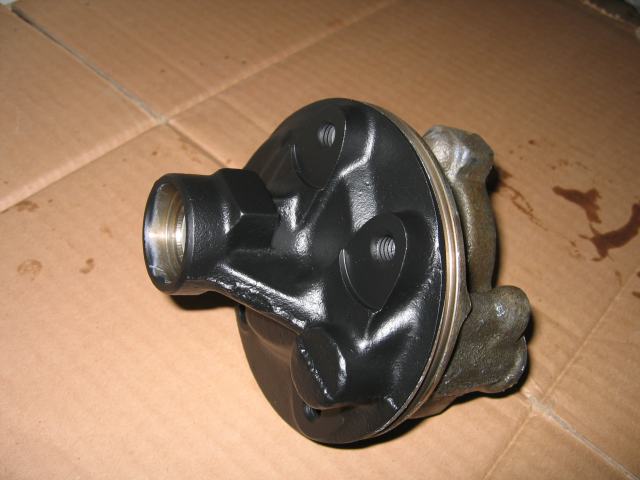 Well, here’s that new seal kit I purchased. As I mentioned, not all of these seals are used in the rebuild since some are for different pump models. 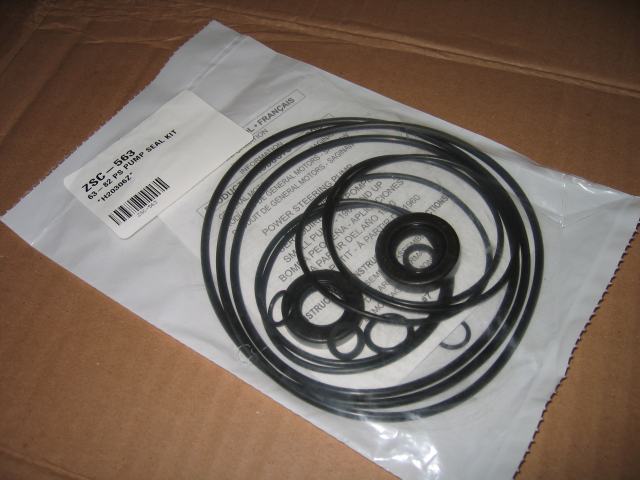 To start I installed the new shaft bushing. A large socket was used to drive the bushing firmly and squarely into place.. 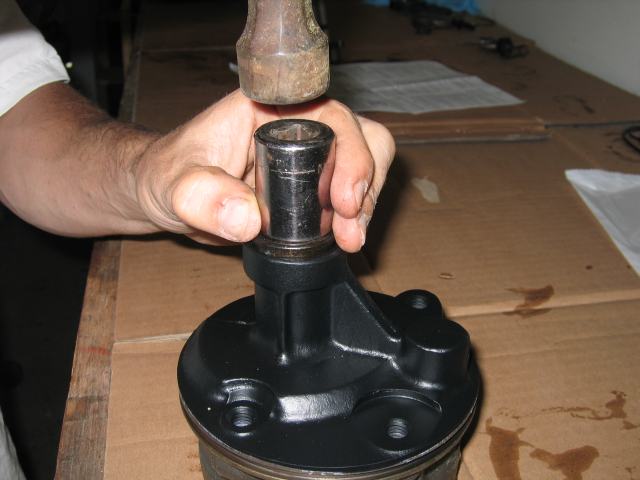 With the new bushing in place I once again secured the pump housing in a vice, reinstalled the two dowel pins, and lowered the shaft/rotor assembly into place. During reassembly all parts were lubricated with Automatic Transmission Fluid (a suitable substitute if power steering fluid is not available). 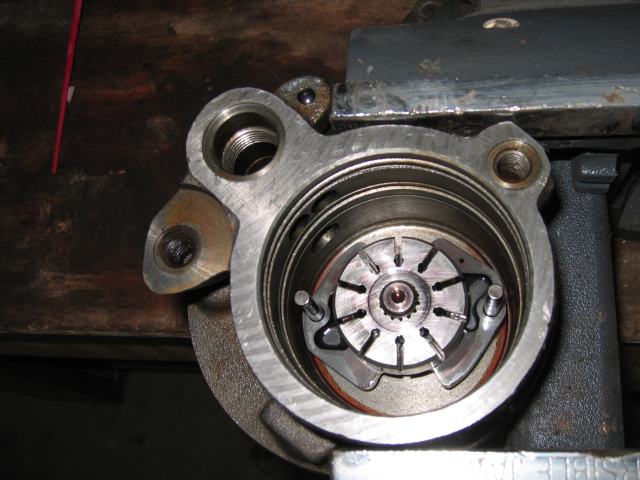 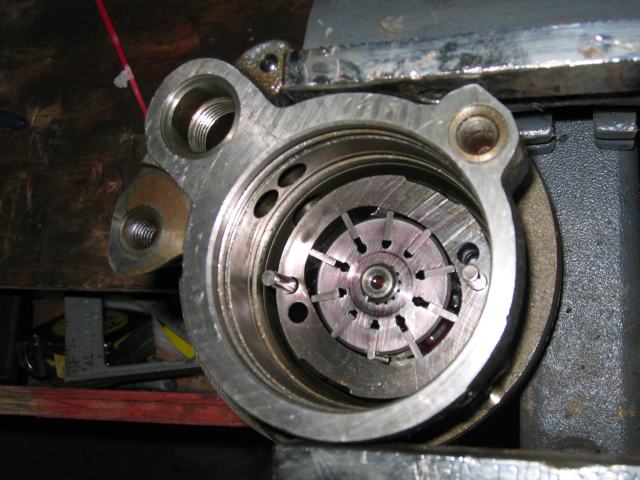 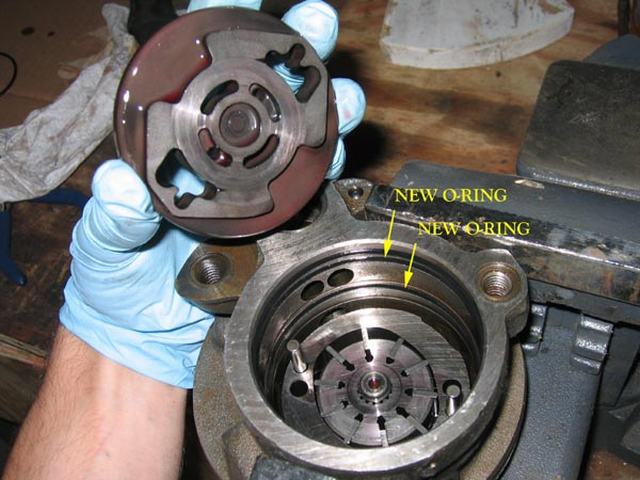 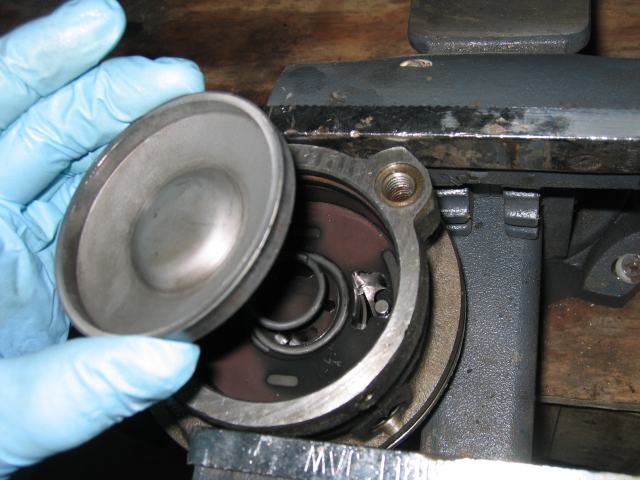 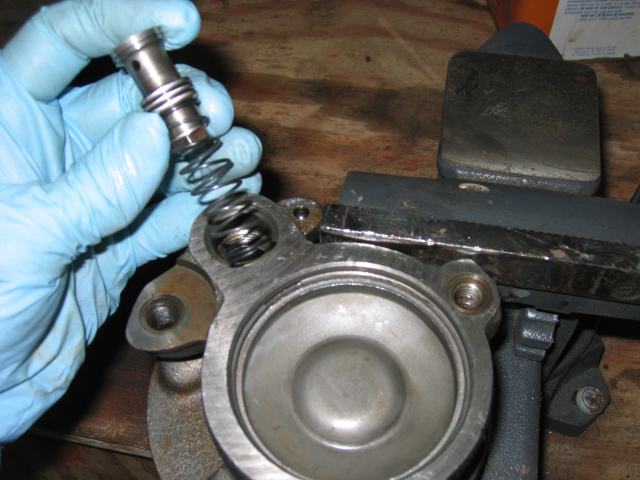 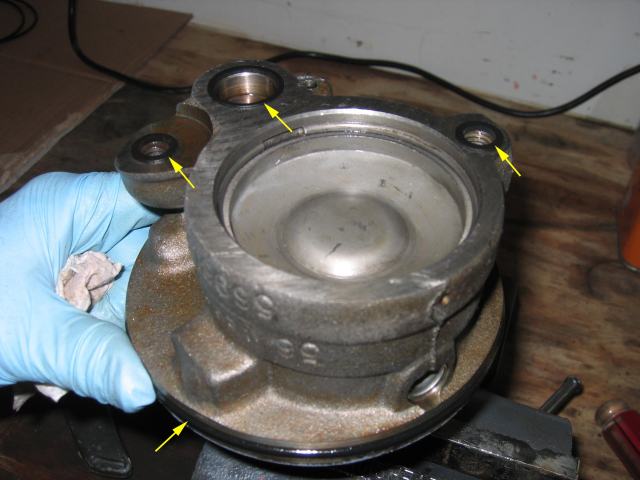 With the reservoir in place a new O-ring was installed on the Union, and then the union and stud were installed and tightened down. However, note that I actually have the O-Ring in the wrong groove in the photo below. However, please note the O-Ring should actually be in the upper groove of the union (the one closer to my thumb), not the lower groove (closest to the threads)! This was later fixed after a power steering leak developed. 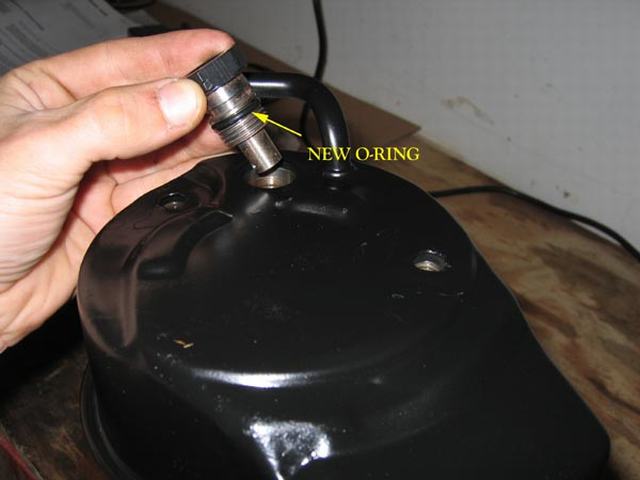 Here’s the finished pump. All there’s left to do is install the woodruff key, pump pulley and a new pulley nut which will need to be torqued to 60 ft. lbs. It doesn’t look brand new, but it sure is a lot better than it was! 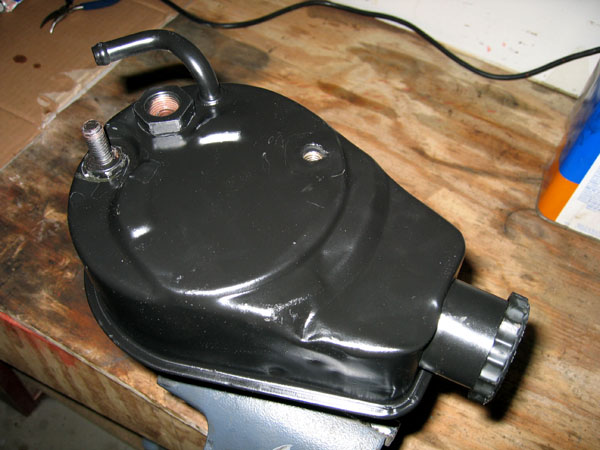 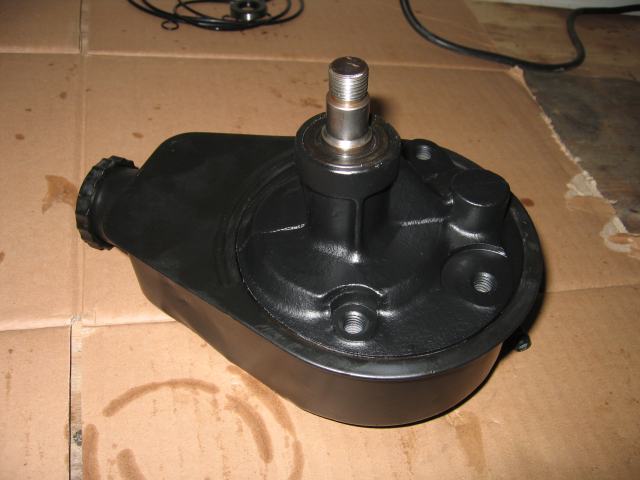 Well, that’s it for now. Look for another update soon!