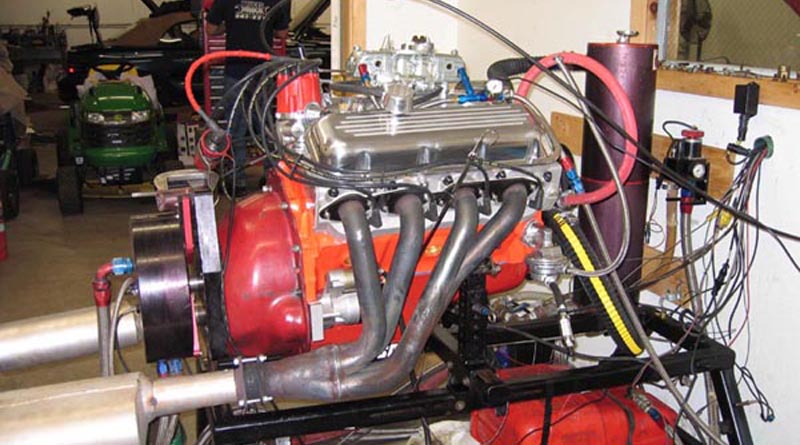 Well, it’s been about a year since I’ve started this project – almost exactly a year to the day actually. So, I figured it would be fitting to mark the occasion with another major milestone. Over this past weekend I finally got the opportunity to set up my big block on an engine dyno to see what it could do. It was, without a doubt, one of the most nerve-racking experiences of my life. The first run was gut wrenching. You know what they say – hope for the best and prepare for the worst.

Overall everything went well, although there were a few minor issues. After the second run we discovered that my water pump was defective. The rear cover gasket blew out spraying coolant EVERYWHERE and we had to quit for the day and replace the pump. Also, it turns out that I have a minor oil leak coming from either the rear main seal or the rear of the oil pan gasket. I’ll need to remove the flywheel to take a look and see what’s up. Although I’m not happy about the thought of fixing the leak, considering this was my first engine rebuild I can’t really complain about one little leak. Especially considering the results I got… Anyway, here are a few pictures of the motor setup on the dyno. I was surprised that it only took about 45 minutes to set everything up. The whole rig is pretty slick! 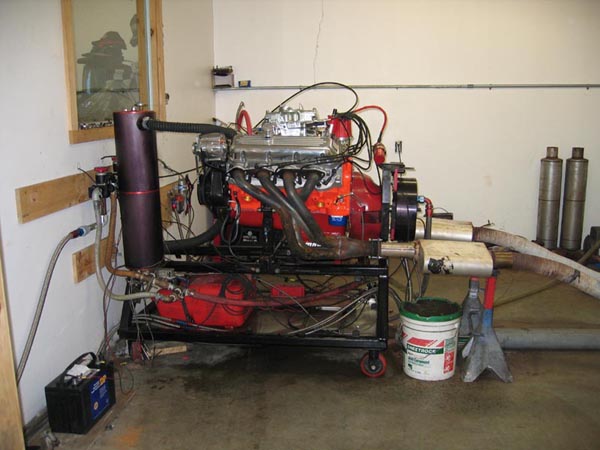 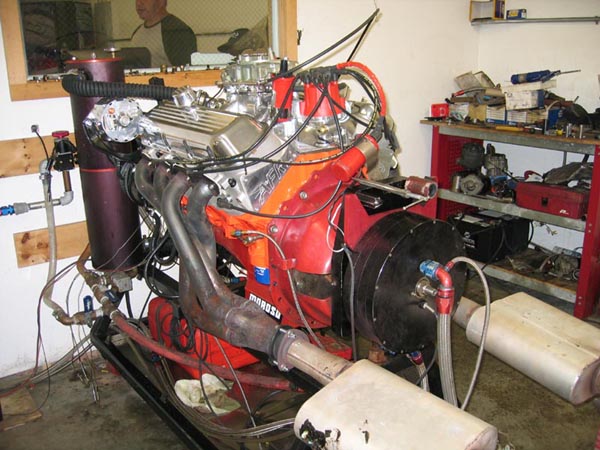 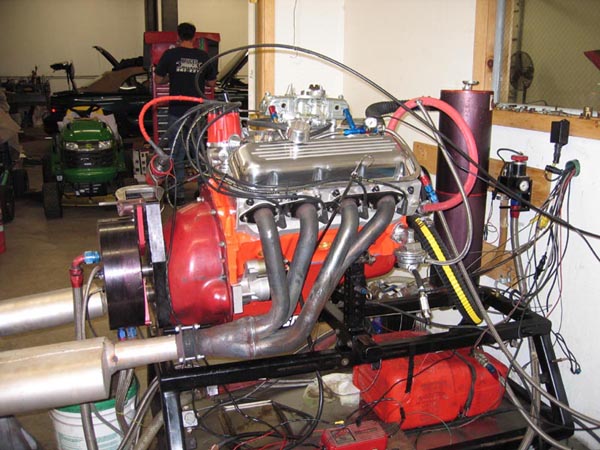 So, after starting the motor and letting it warm up for about 10 minutes we figured we’d give it a few good yanks. After the first pull we checked the plugs and the motor was running lean. We swapped to some fatter jets in the carburetor and gave it another try – which is about when the water pump blew. So, fast forward 24 hours and we were back at it. Here’s a video of one of the later runs. Ignore the warning message on the computer screen, as well as the wisp of smoke that appears at the end of the run – it’s just some paint burning off the headers. On this run we wound the motor up to about 6,000 RPM. You could actually feel the power! I can’t even imagine what this will be like in the car. Holy cow!

So the question your probably asking is how did the motor do? Well, pretty darn good if I say so myself. The best run produced 528 Hp and 562 Ft-Lbs of pavement scorching Torque. The problem will be getting it all to the ground! 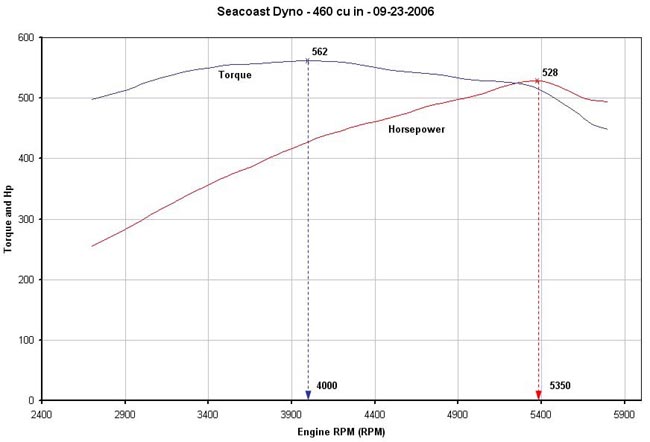 Interestingly, the engine ran fine on 89 octane and seemed to like about 31 degrees of total timing. I tried 35 degrees of timing, but it made almost no difference at all. I think I’ll save the risk of detonation and keep the timing at 31 degrees. So, now the engine is back at home waiting for a post-mortem. I’ll need to check and change the oil, track down that oil leak, retorque the cylinder heads and prep the engine for storage. One thing is for sure, it’ll be nice to have the engine back on the chassis again. I could use the extra room in the garage. Winter is coming….