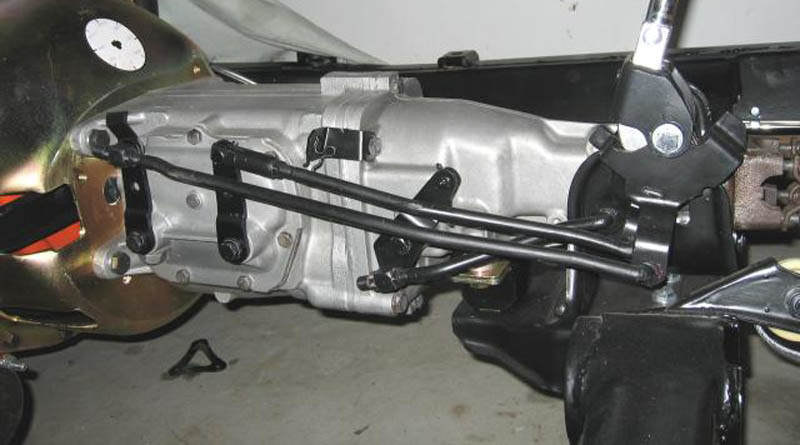 Well, progress continues on the Corvette. Things have continued to move slowly lately due to obligations at work and the holiday season, but I’ve still managed to get a few odds and ends completed over the past few weeks.

To start, I decided to clean up the old shifter linkage. It was pretty well caked with grease, grime and dirt and it was in desperate need of some TLC. Unfortunately I accidentally erased most of the photos I took during the cleanup process so all I have are before and after photos. In any case, here’s what I started with. 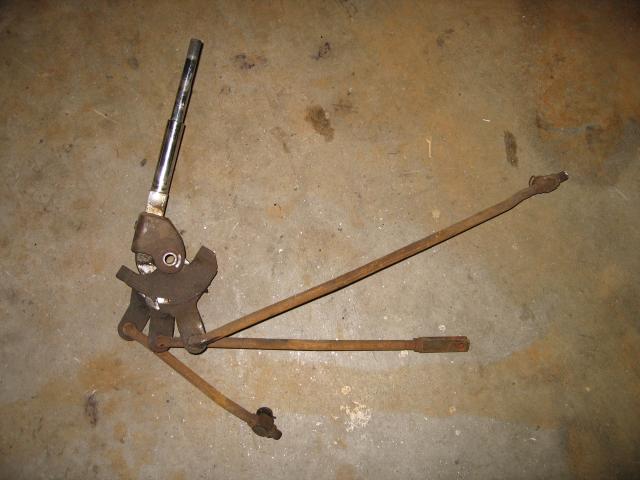 After about two hours of cleaning with a wire wheel and then wiping everything down with lacquer thinner I put on a coat of fresh paint and reassembled the linkage. I suggest taking lots of pictures before disassembling the linkage. There are about a dozen parts and I was glad to have lots of photos handy as a reference (luckily I had it all reassembled before I accidentally deleted the pictures). Also, avoid painting the portions of the three shift levers that will rub together within the shifter body. It turns out these three levers are a pretty tight fit to start and the thickness of the paint will cause the shift linkage to bind up and not operate smoothly. After discovering this I ended up removing the paint in those areas and instead applied a thin layer of grease to prevent corrosion and to help ensure smooth operation of the linkage. 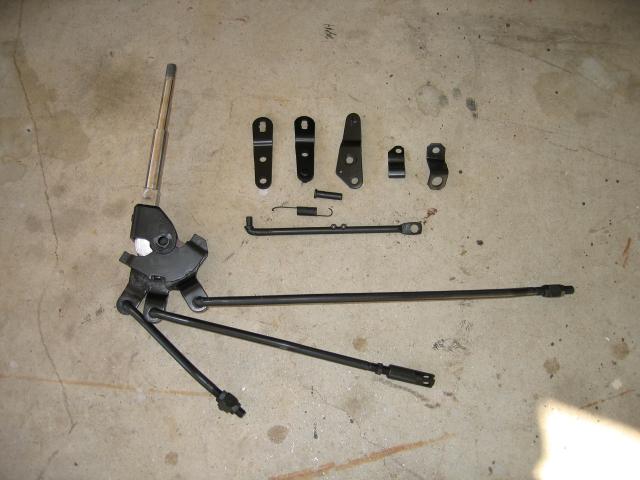 Once the linkage was reassembled I mounted it back to the transmission and adjusted the linkage assembly using the procedure outlined below (click the picture for a larger version). To complete the job properly I ended up fabricating a makeshift locating gauge with a piece of scrap metal I had laying around the garage. The locating gauge was used to maintain proper alignment of the shift levers within the housing while the linkage rods were adjusted. The adjustment took a bit of patience, as well as a bit of time to understand the correct procedure, but overall it wasn’t too bad. 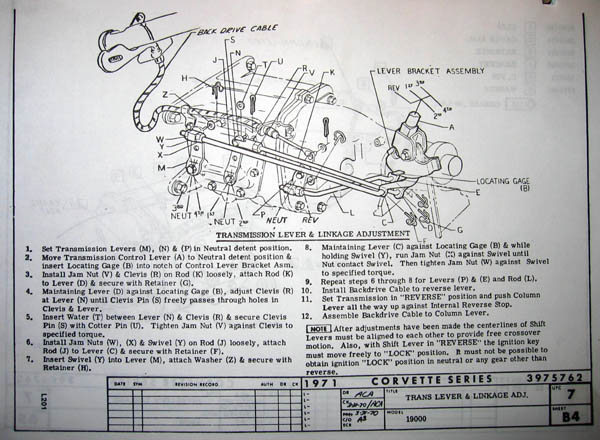 And, after getting everything adjusted properly, here’s the shifter linkage back in place on the car. The linkage operates quite nicely and the shift lever doesn’t snag or catch while shifting between gears. 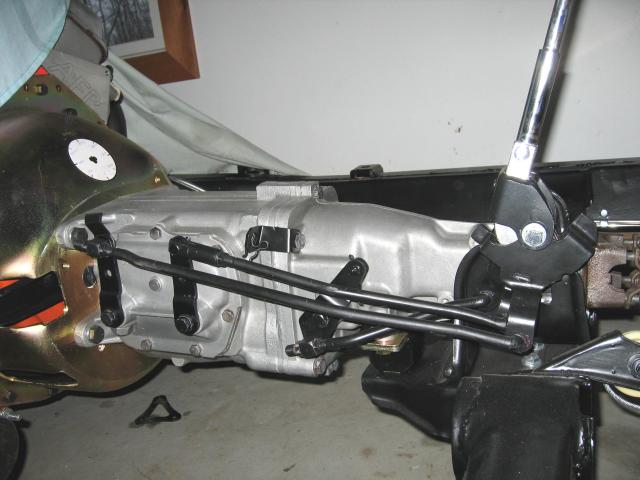 With the shift linkage taken care of I decided to tackle the installation of the new Headman Headers I bought. Just as suspected, the headers were less than a “perfect fit”. In fact, I had to make some modifications to both the drivers side and passenger side headers to get an acceptable fit. Granted, I have aftermarket heads which likely affected the fit, but I suspect the headers would have needed a bit of tweaking even if the stock heads were installed. 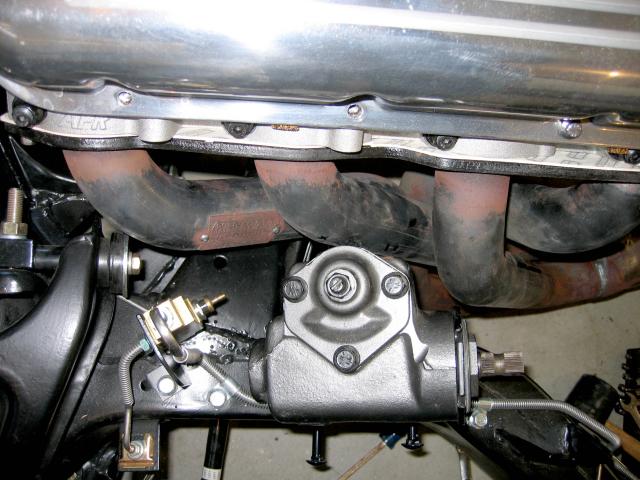 After doing a trial fit-up, and marking the area of interference between the drivers side header and steering box with a black marker, I heated up the area to be modified with a torch to make the “dimpling” process a bit easier. To avoid altering the properties of the steel, I only heated the headers to a dull cherry red color and allowed them to cool gradually back to room temperature when I was finished working. 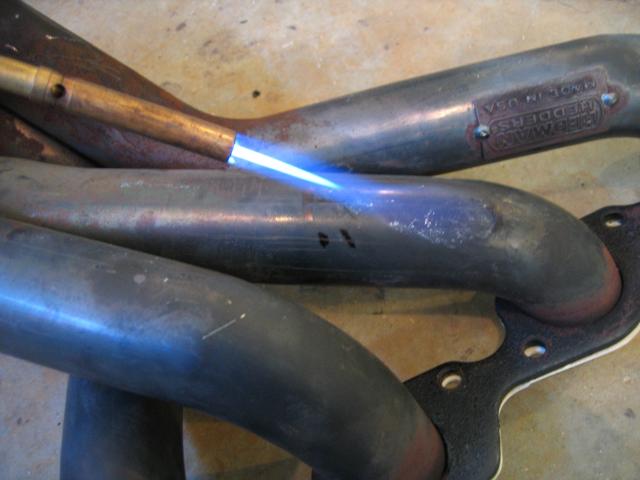 Once the header tube was heated I used a large socket and a hammer to collapse the header tube in the area I marked out. I figured the socket would help produce a more uniform appearance once I was finished. To some extent it worked, but I think perhaps a piece of flat plate steel would have done a bit of a better job. In any case, I made the adjustments a bit at a time sliding the socket along the tube while tapping it continuously. I checked the fit as I went, making several trips to and from the car. 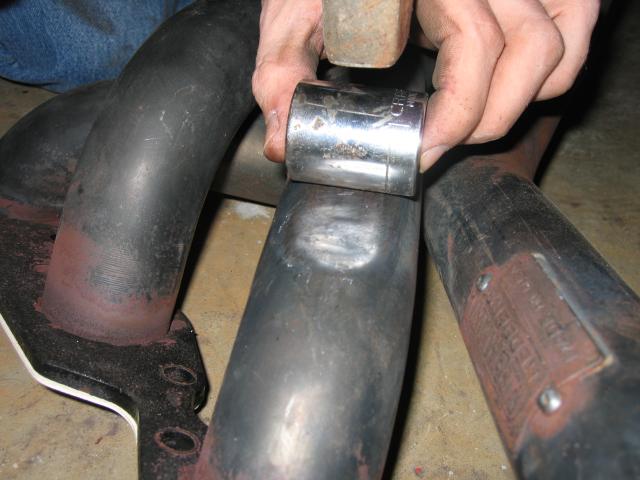 After several tries, here’s the finished product. I’ve provided about one quarter inch of clearance between the headers and the steering box to allow for vibration and engine movement (torquing) while the engine is running. Needless to say the headers run real close to the steering box. Thankfully, I used synthetic grease while rebuilding the box which will hold up against the heat better than conventional grease would. 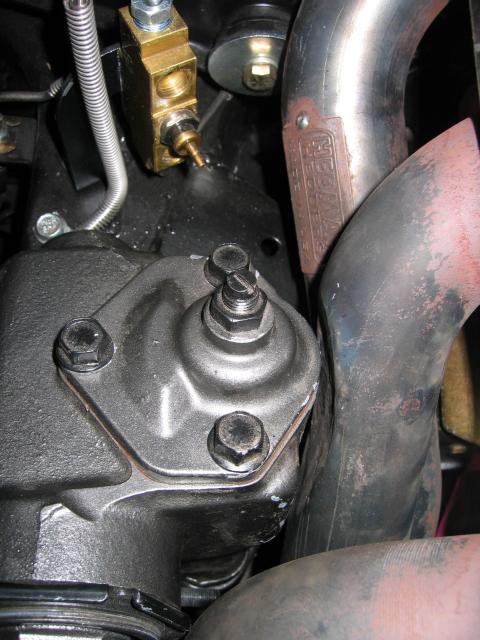 After getting the drivers side done, I moved onto the passenger side. On this side I had to modify two tubes, one to clear the frame, and the other to clear the top bolt for the pitman arm. 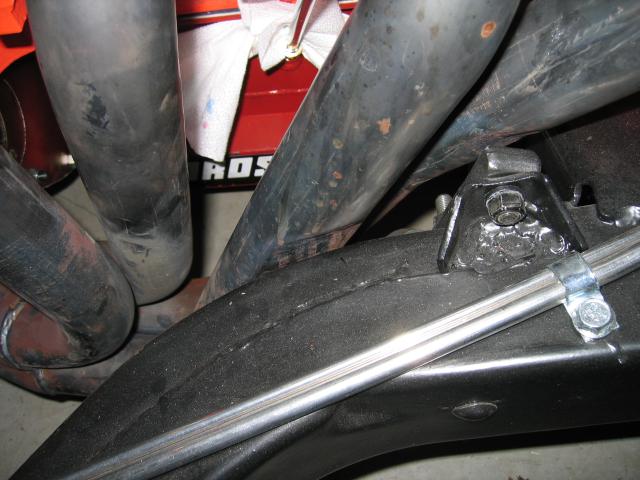 So, now that the headers have been fitted to the car they’ll be removed and sent down to Jet Hot to be ceramic coated. I’ll be getting the Sterling Silver Coating which looks like polished aluminum so they should look real nice when they’re finished. That’s all for this update. Stay tuned! Next time I’ll move onto the body and getting rid of that old ugly paint!