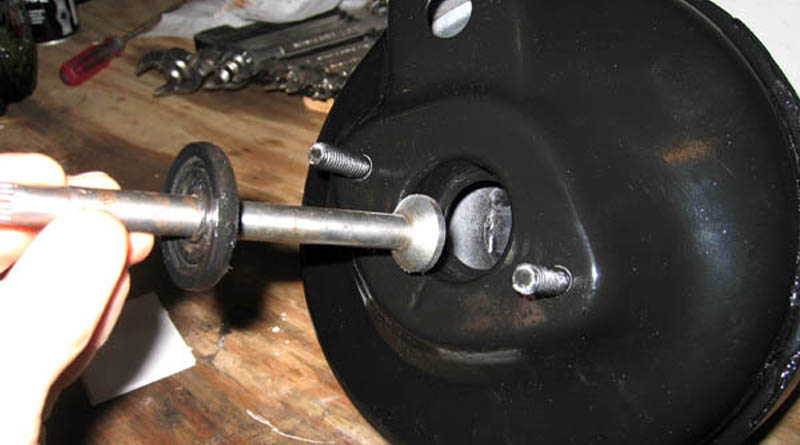 Well, after struggling to disassemble the power brake booster since my last restoration update I came to a pretty simple conclusion – even if I do get the booster apart, how on earth will I ever get it back together?!?! As it turns out the two halves of the shell are put together very, very tightly. I tried to get the booster housing apart for about two hours before deciding I could live without checking the internals out, after all it seemed to hold a good vacuum when it came off the car.

So, with that decided, I continued with cleaning up the housing. After a lot of wire wheel brushing I managed to get nearly all the rust off the housing. 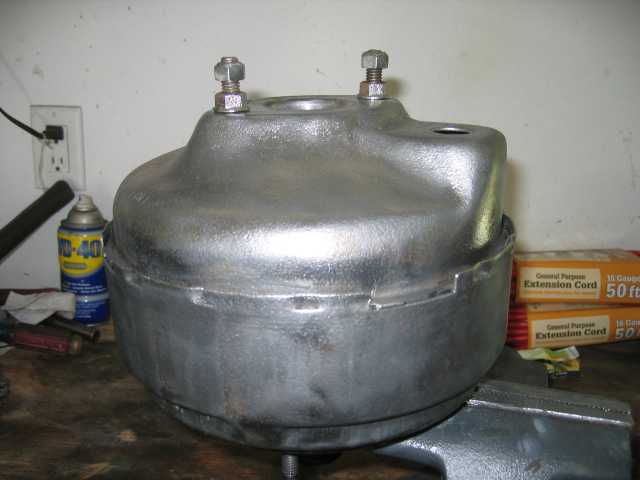 To reduce the appearance of the rust pitting that was visible on the booster shell I applied several coats of sanding primer to the housing and sanded after each coat. 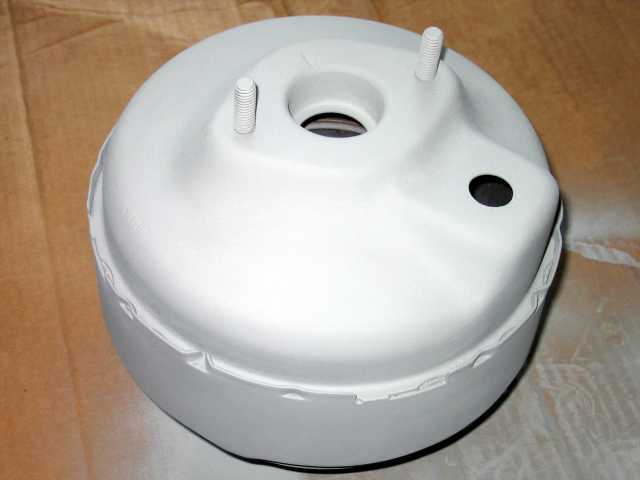 After about three coats of primer followed by sanding nearly all of the pitting had been filled resulting in a pretty smooth finish on the housing. I suppose I could have used Bondo for this instead of primer, but the primer seemed to work well and sanded much easier than the Bondo would have 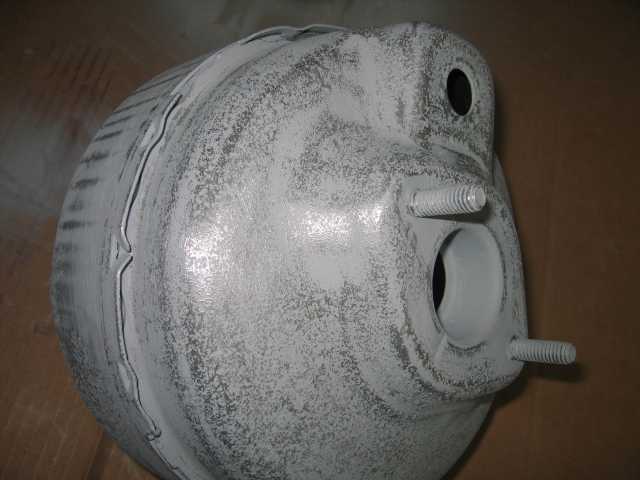 I followed this up with another full coat of primer and several coats of gloss black. Overall the booster housing came out looking pretty good with a reasonably smooth finish. 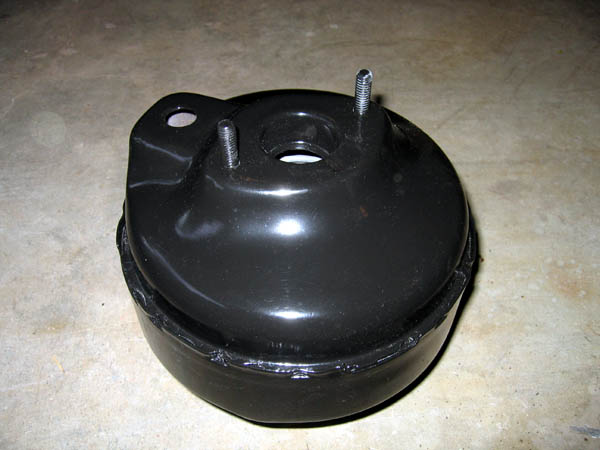 Next I cleaned up the rest of the hardware that goes along with the power brake booster. 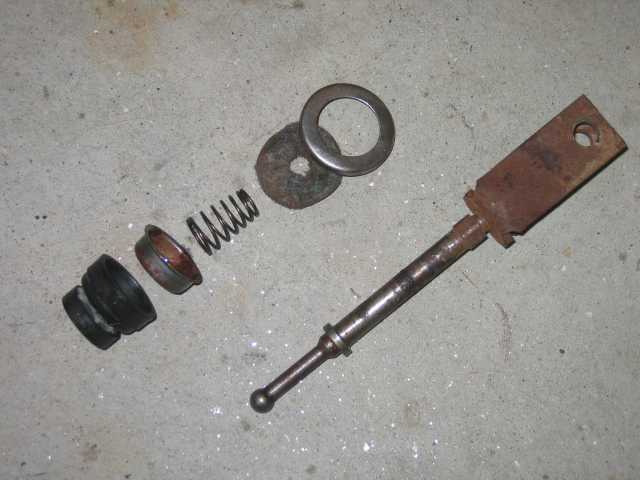 After cleaning up the hardware I reassembled the booster following the instructions outlined in the 1971 chassis overhaul manual. To start the valve poppet was wetted with alcohol and inserted into the hub, small end first. 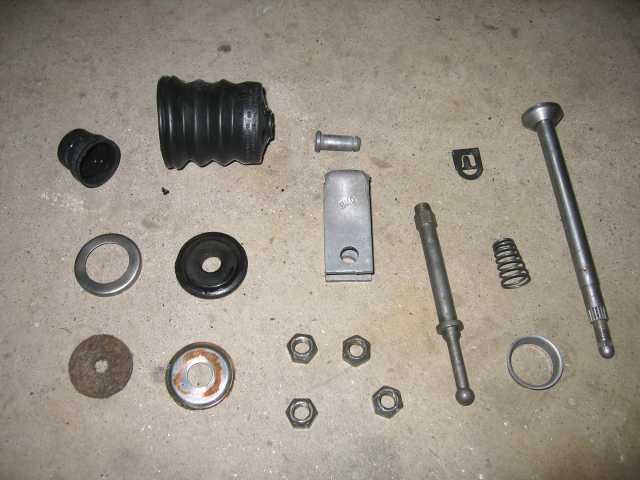 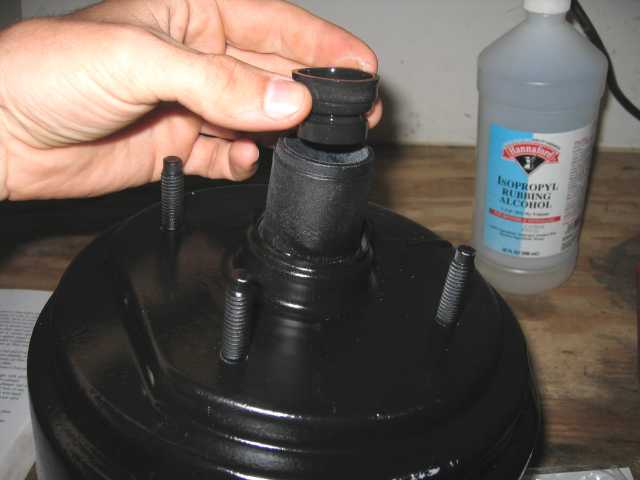 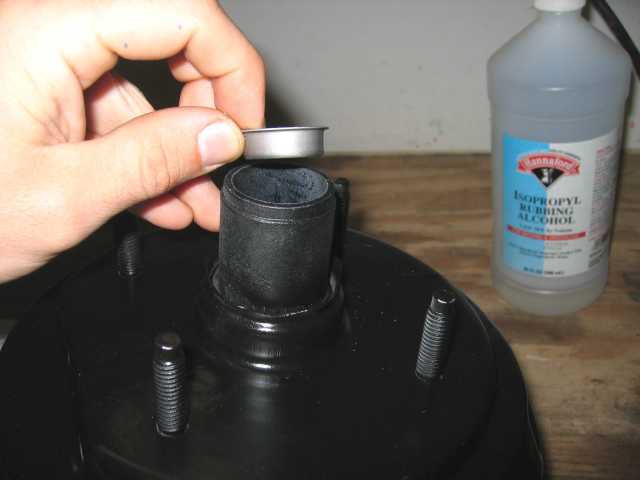 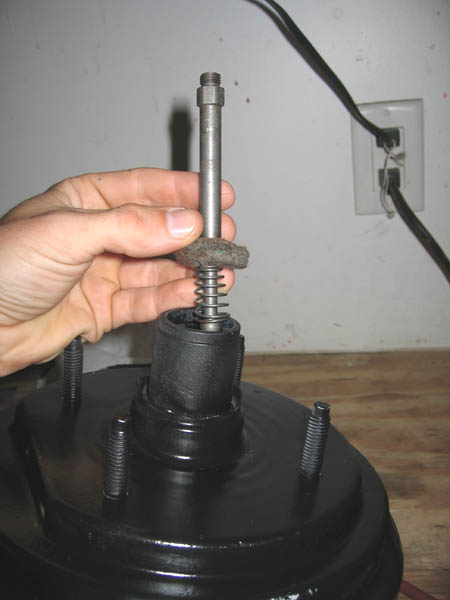 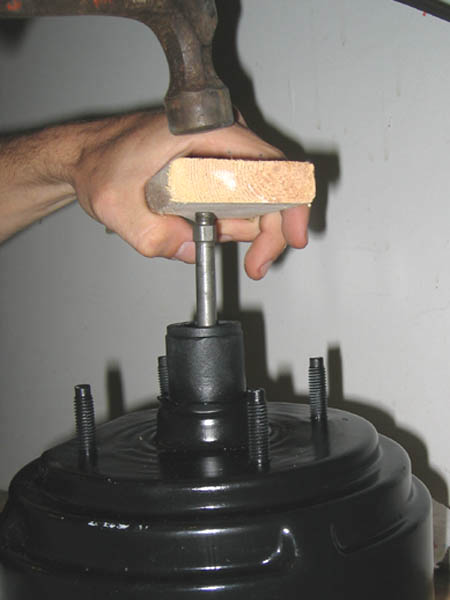 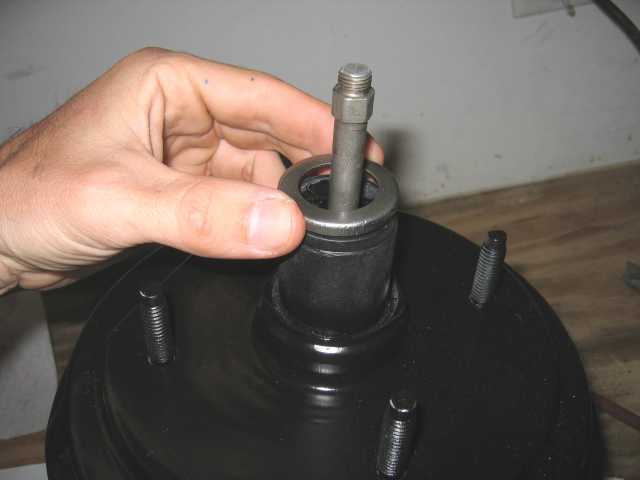 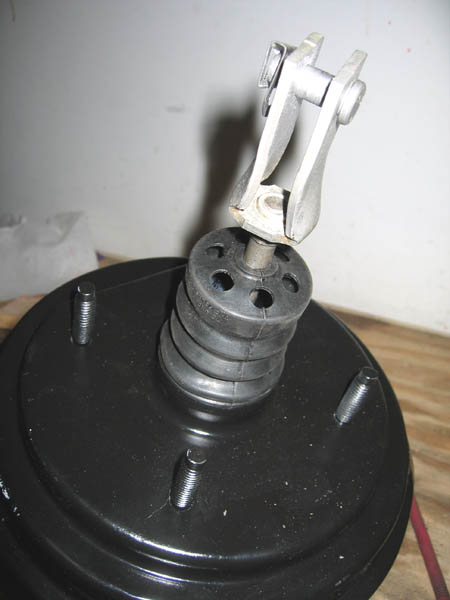 Wrapping up the reassembly the hydraulic pushrod and front vacuum seal were reinstalled in the front of the brake booster. 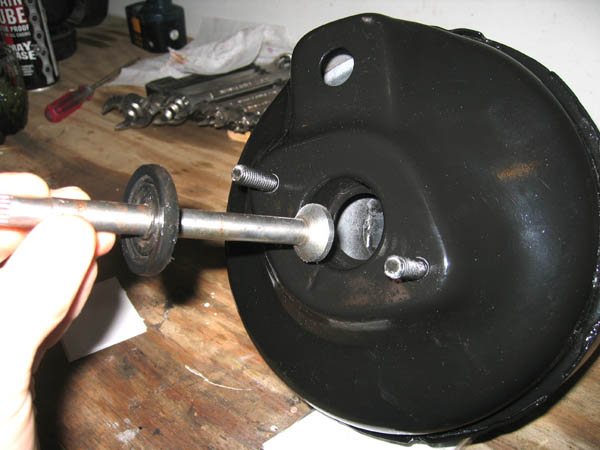 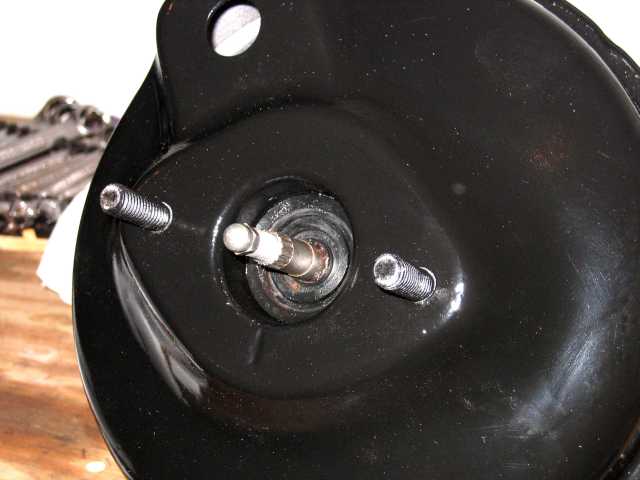 With the booster reassembled the last step was to reinstall the vacuum check valve and grommet in the front of the housing and then check the hydraulic pushrod adjustment. Included in the chassis overhaul manual was the diagram below depicting how to properly verify a checking gauge for the pushrod. Adjustment of the pushrod length is made by grasping the pushrod with pliers at the serrated end and turning the adjusting screw/head of the rod either in and out as required.

And that’s it, one more part ready to go back in the car! In the next update I’ll continue clearing out all the *stuff* in the engine compartment!