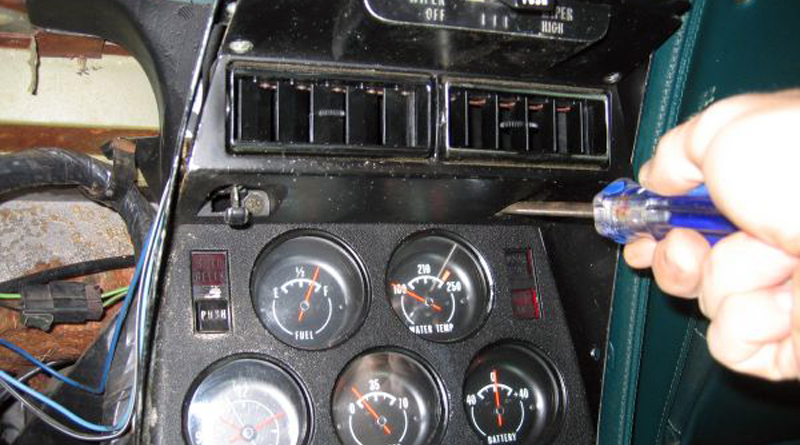 In this update I’m continuing the process of removing the first of three wiring harness that lead into the engine compartment. In the last installment I chased several of the wires in the harness into the dash and removed the steering column as well as the instrument cluster.

With the instrument cluster removed it was apparent that the wiring harness was leading behind the center console. This meant that the center console would also need to be removed. To start I removed the emergency brake console by first removing the storage compartment doors and center storage tray. Doing so allows access to the bolt at the rear of the console which attaches the console to the body (see photo below). With this bolt and a few other trim screws removed the emergency brake console can be easily be lifted up and out of place. 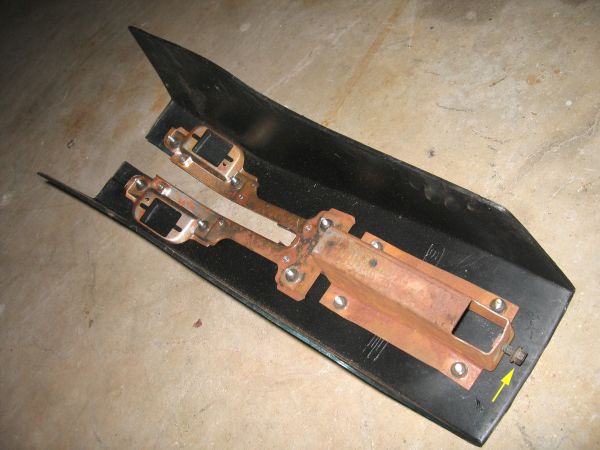 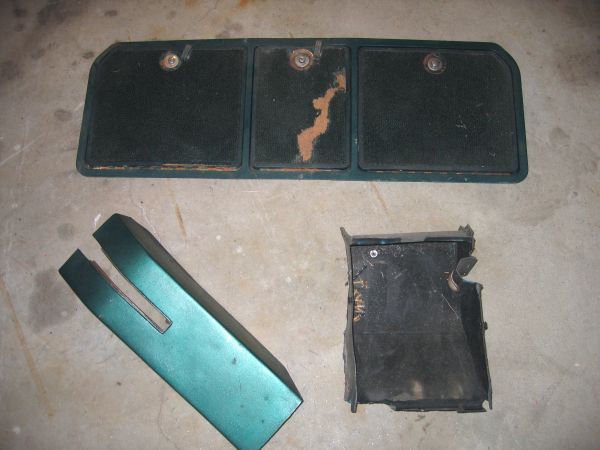 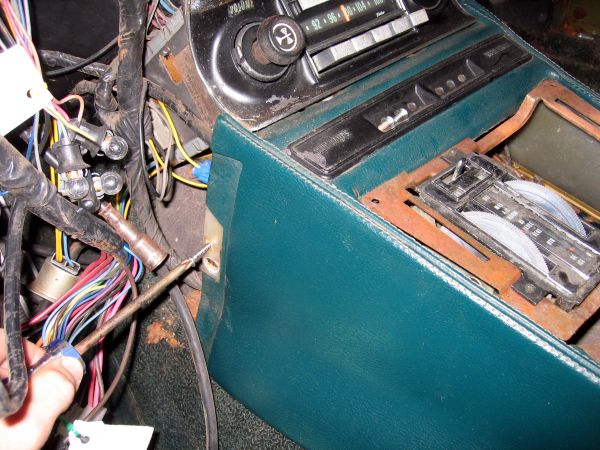 Along with the bolt securing the radio. 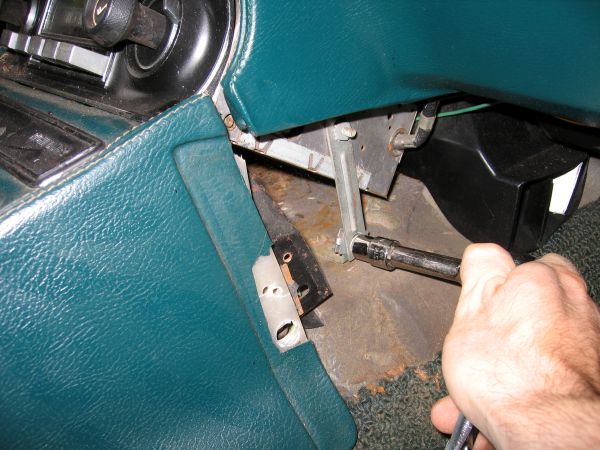 With the screws and bolts removed, the center console can easily be lifted out of position. However, before completely removing the center console the fiber optic lines must first be disconnected. As it turns out, these fiber optic lines make up some (but not all) of the wires attached to the wiring harness I’ve been chasing since the last installment. 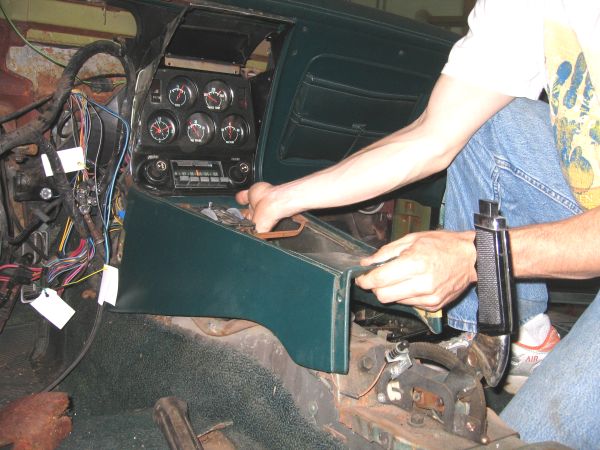 Below is a photo of the fiber optic lines and their connection to the back side of the center console panel. Thankfully I didn’t just cut these lines since replacing them would be quite costly. 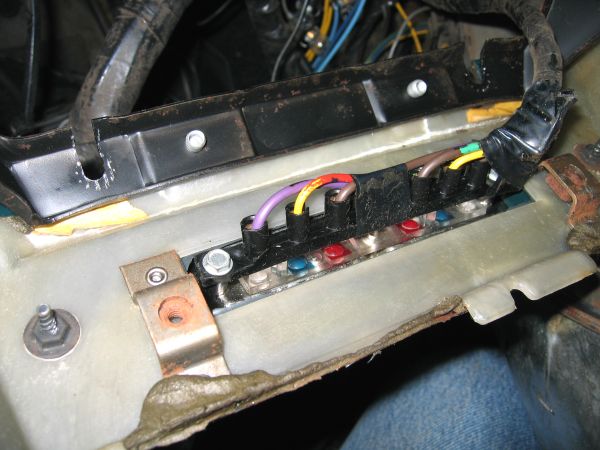 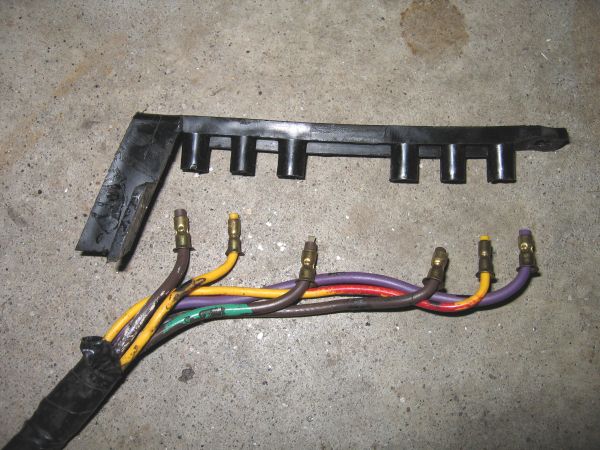 With the fiber optic lines removed, the center console can be removed in it’s entirety. 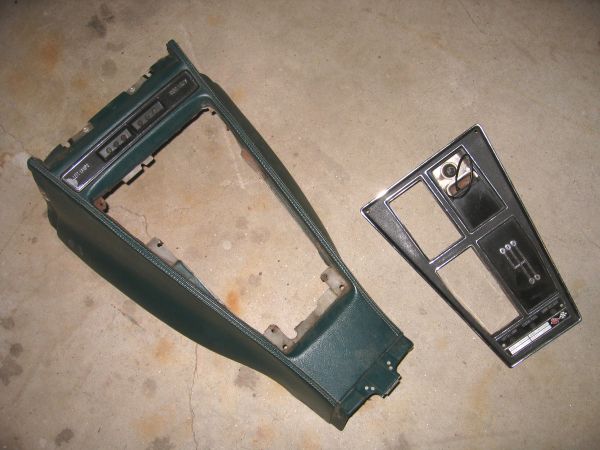 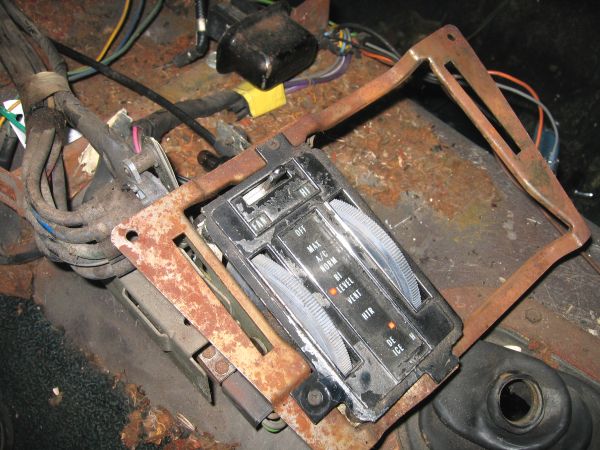 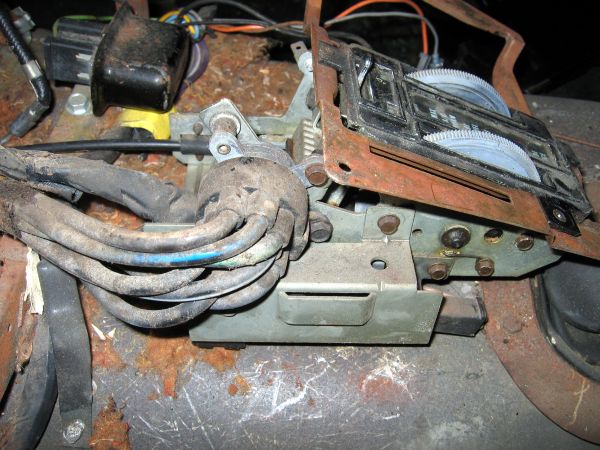 With the center console and ventilation controls out of the way I moved on to removing the center gauge cluster. The cluster is simply held in place with a few trim screws. 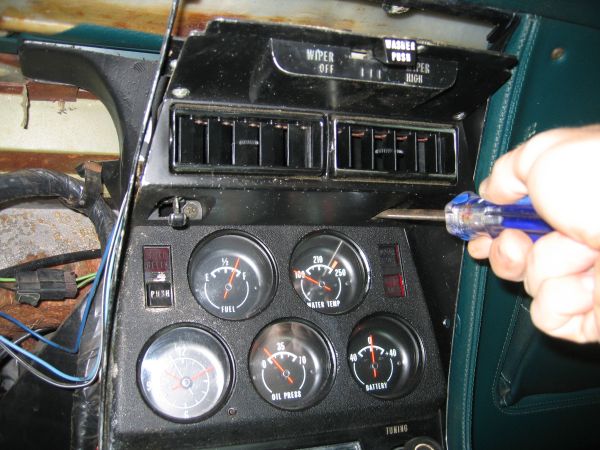 With the trim screws removed and the cluster dropped forward the numerous wires connecting to various gauges can be disconnected. Once they’re disconnected the wiring harness I’ve been chasing will be able to be completely removed. 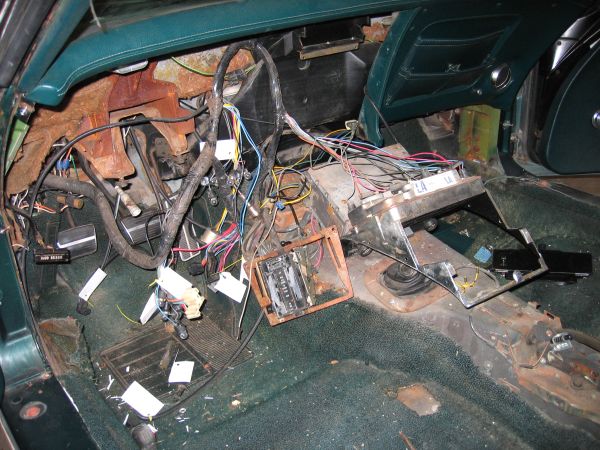 So, with all the connections separated the ventilation controls and gauge cluster can be completely removed from the passenger compartment. Again, lots of photos were taken to document the connections prior to disassembly. 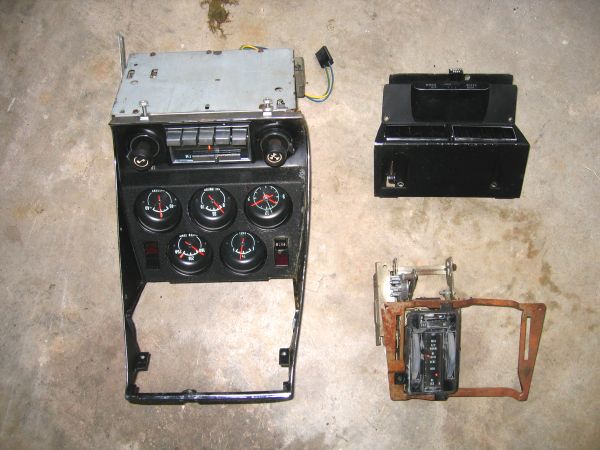 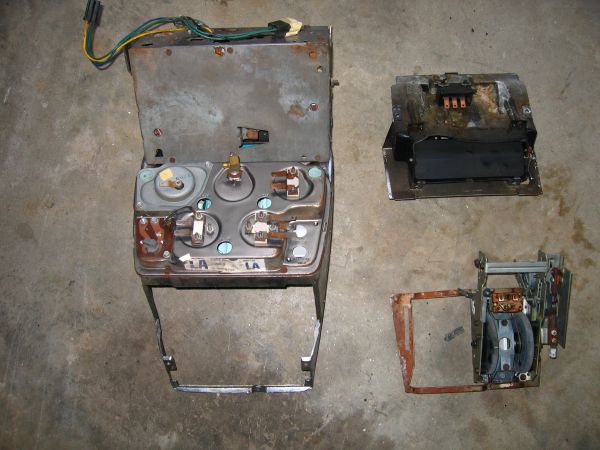 And, after lots of work, here’s the first harness removed from the car! It turned out to be more work than anticipated, but it’s out. Note the numerous tags zip tied to the harness. As mentioned previously these tags all reference digital photo numbers and provide brief descriptions of each connection. Taking the time to tag these connections now will definitely pay off during reassembly! 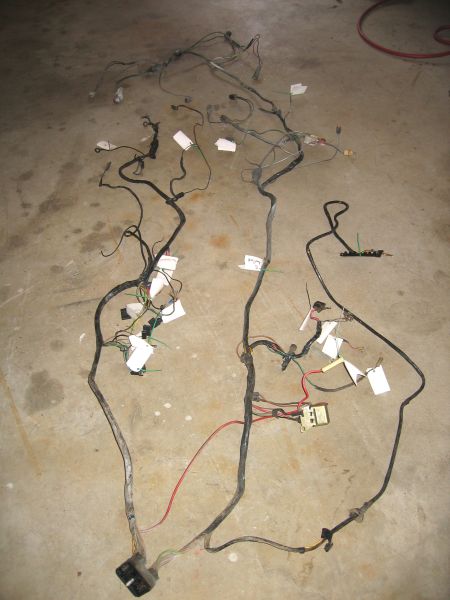 In the next installment I’ll continue with my effort to remove all wires and hoses from the engine bay. This means I’ll be digging even further into the dash so stay tuned!