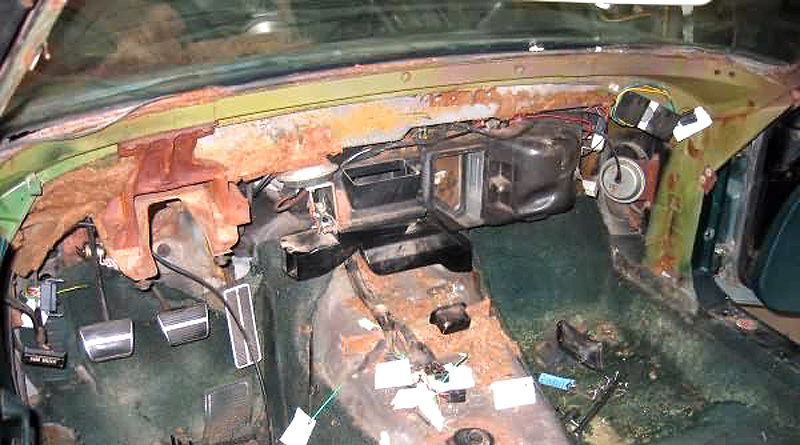 In this update I’m continuing the process of removing the interior so that the rest of the wiring, as well as the ventilation system, can be removed.

To start I removed the map pocket panel by removing the handful of screws securing it to the dash pad. 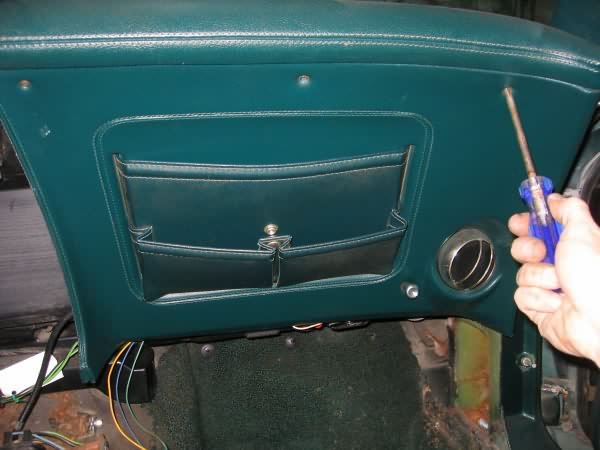 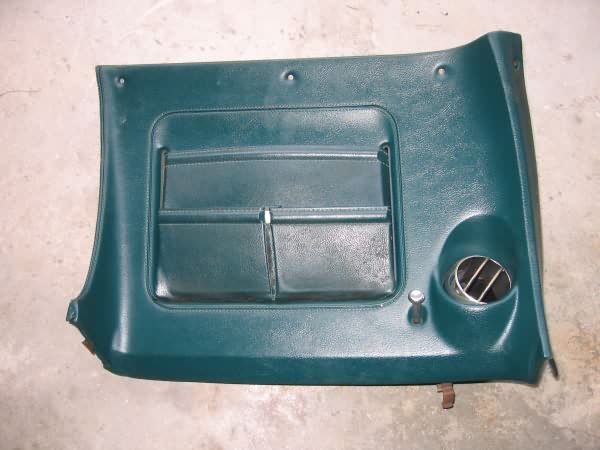 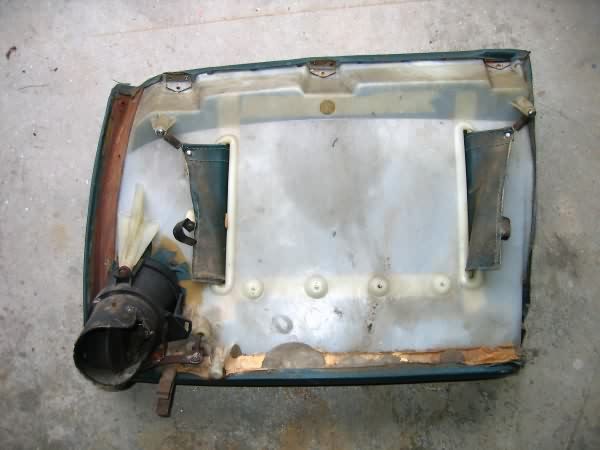 With the map panel pocket removed the windshield pillar trim pieces, as well as the dash pad were removed. Use a lot of caution when removing the trim panels. After decades of aging the pieces can become very brittle. There’s no special trick to removing these pieces – just be sure to get all the screws and gently pry and wiggle them out of place. If they don’t come out of place easily, chances are something is still fastened or snagged somewhere. 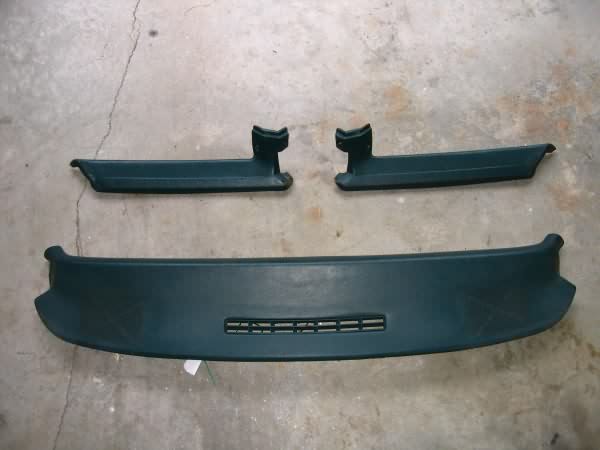 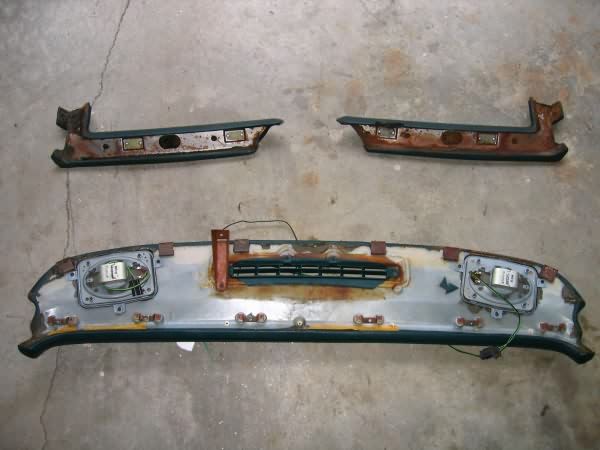 With the interior panels removed there were several telltale signs of water leaks visible. Below the rust streaks on the frame just below the windshield pillars on both the drivers and passenger sides are definite signs of a bigger problem that will likely be revealed when the windshield and windshield trim pieces are removed. 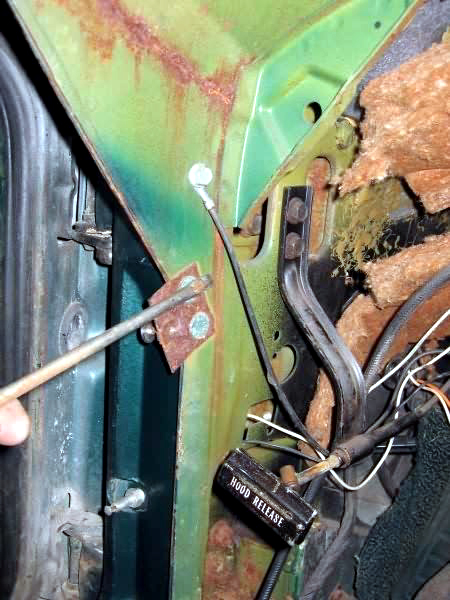 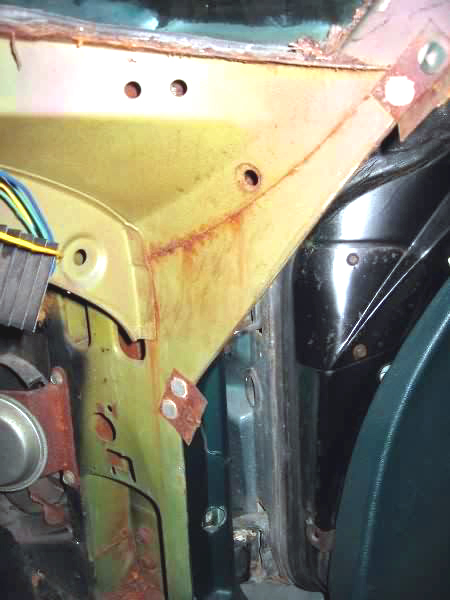 One very obvious source for water leaks was the 1/4 inch gap between the frame and the bottom of the windshield that resulted when the windshield sealant deteriorated and pulled away from the frame. There will certainly be some deterioration to the frame and birdcage as a result of these leaks that will need to be addressed later in the project. 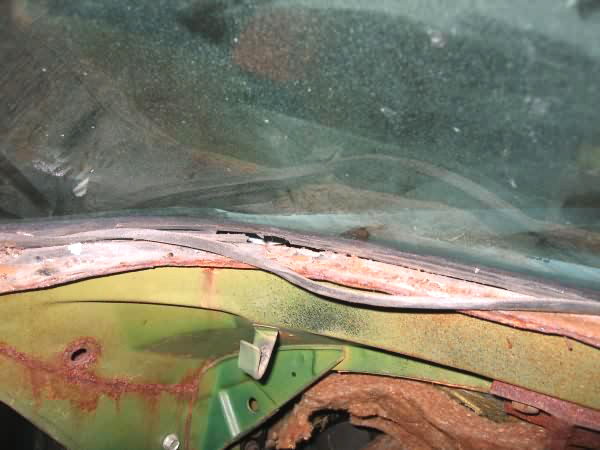 With the trim and dash panels removed the rest of the wiring could be removed. Below is the main interior wiring harness including the fuse block. 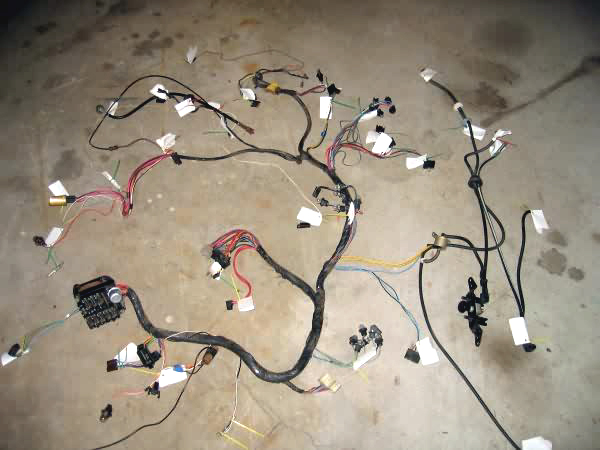 Also behind the dash in the passenger compartment were several vacuum hoses used operate the ventilation system. Unfortunately several mice must have thought these would make a good meal and chewed clear through several of the lines. Obviously these will need to be repaired or replaced during reassembly. 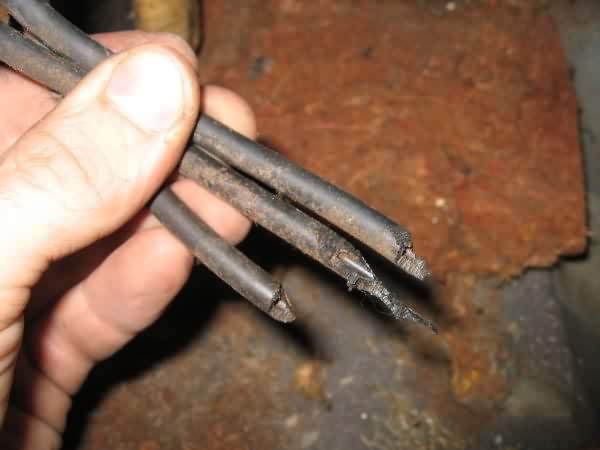 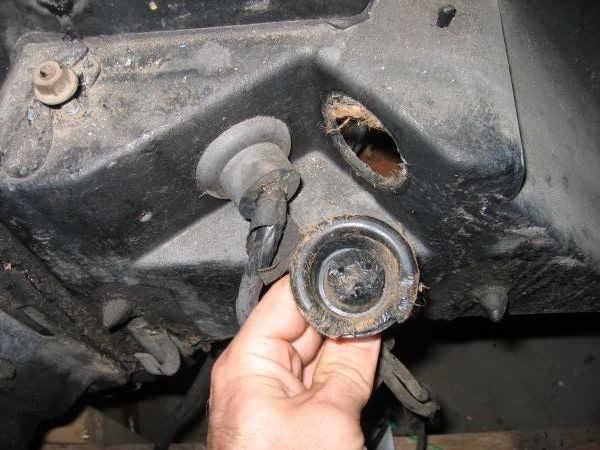 Below is the third and final harness removed from the car. This harness, which includes several vacuum lines, is used to control the cars ventilation system. 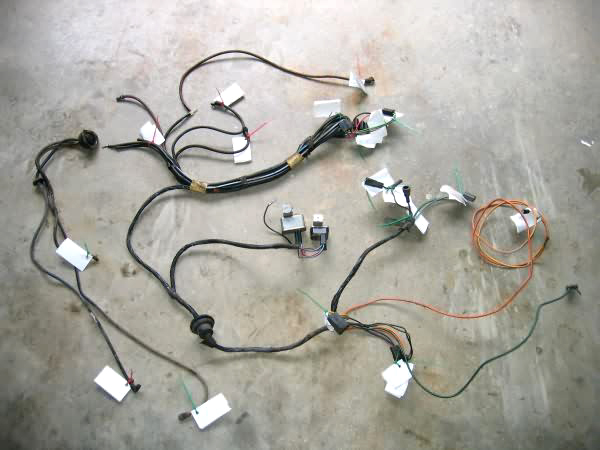 And, with all the wires and vacuum hoses out of the way the next step in the restoration will be removing the ventilation ducts and blower housing from the interior. 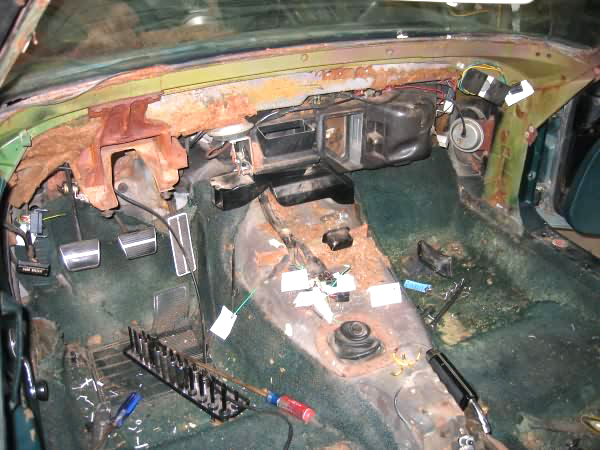 Stay tuned for the next update, it should be posted soon!