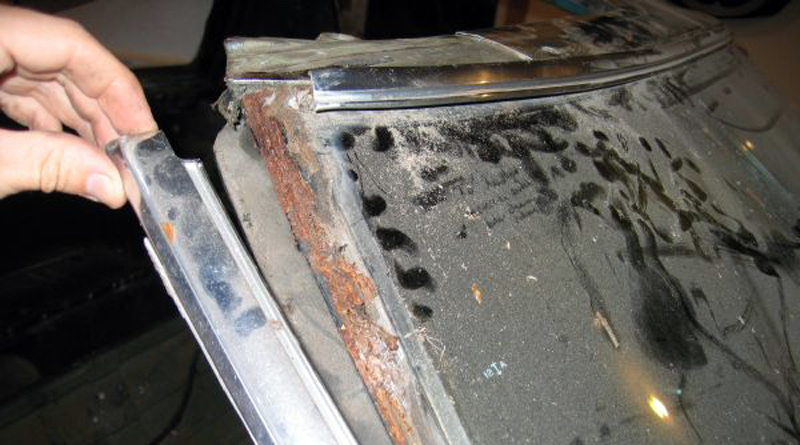 To start I removed the various trim pieces from the t-bar and from around the windshield. In nearly all cases these trim pieces are held on by screws. However, the trim piece along the top of the windshield (shown in the picture below) is simply a press-fit type application. Also, in some cases the screws securing the trim pieces in place are hidden within the weather stripping so be sure to check things out carefully before getting to rough when trying to remove the windshield trim pieces. 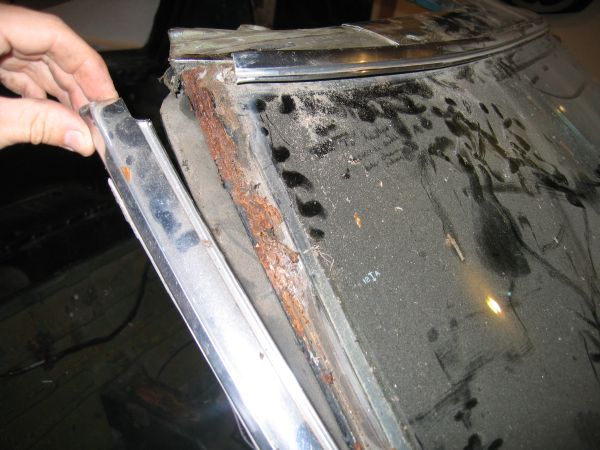 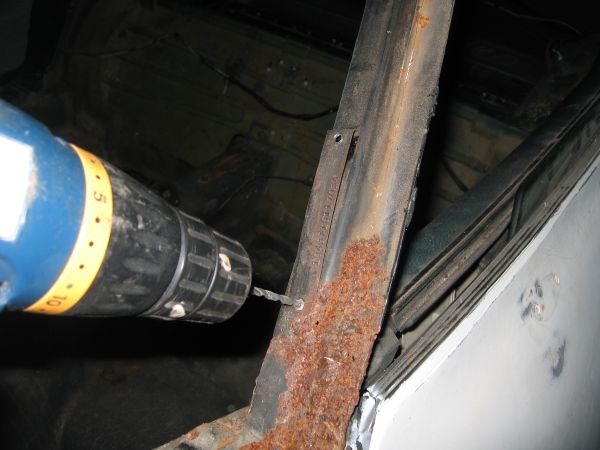 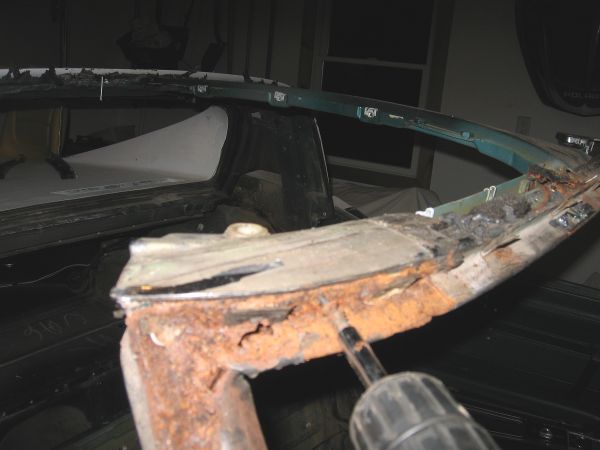 Hidden below the top corner trim pieces was quite a bit of sealant presumably placed their years ago by a well intentioned individual trying to seal up some water leaks. But, based on the condition of the birdcage shown in the photos below, I sure wish they had done a more thorough job… 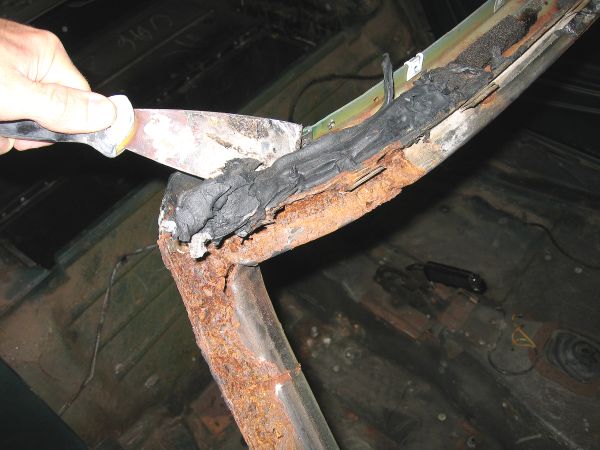 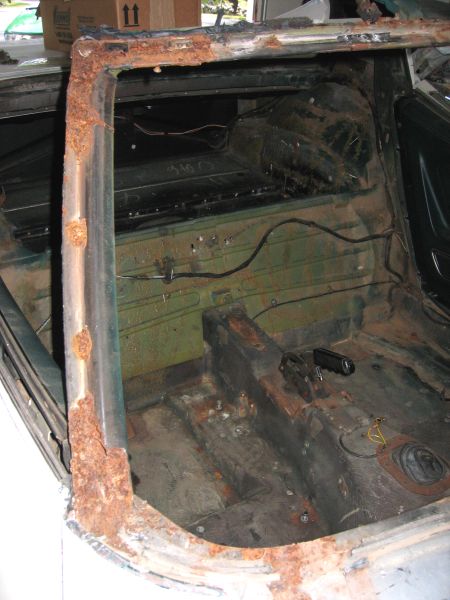 The photo below shows the corrosion that exists at the top passenger side corner of the windshield frame. In several areas the metal is rusted completely through with heavy pitting in the remaining steel. 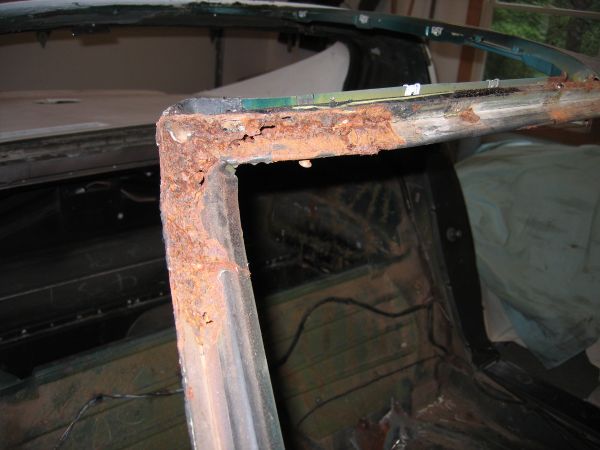 The photo below, showing rust at the bottom passenger side of the windshield frame, indicates that there’s probably a lot of hidden corrosion below the front fender. Some probing with a screwdriver and flashlight revealed that this was in fact that case. Since the only way to properly fix this problem is to cut out and replace the corroded material, the front clip and firewall will both need to be removed entirely to gain access for repair. I wasn’t real excited about undertaking this chore since it’s a lot of extra work, but this is an area that definitely needs to be repaired! 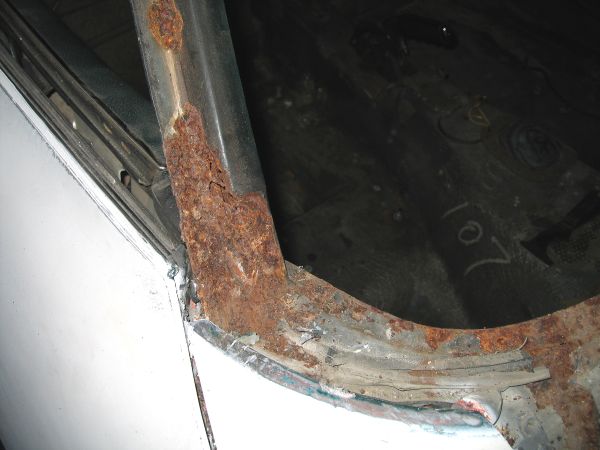 Unfortunately the drivers side of the windshield frame was rusted similarly to the passenger side so it looks like I have plenty of work ahead of me. 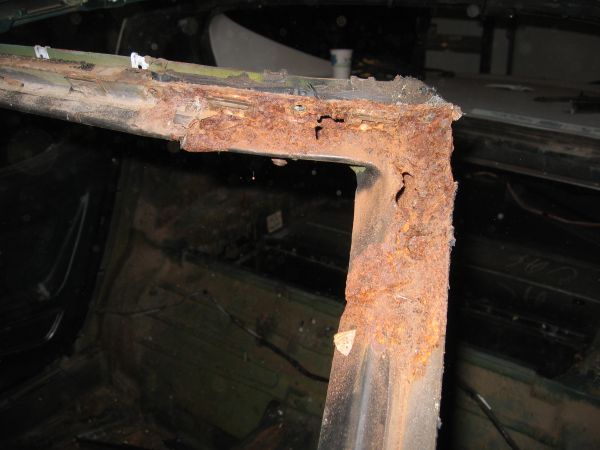 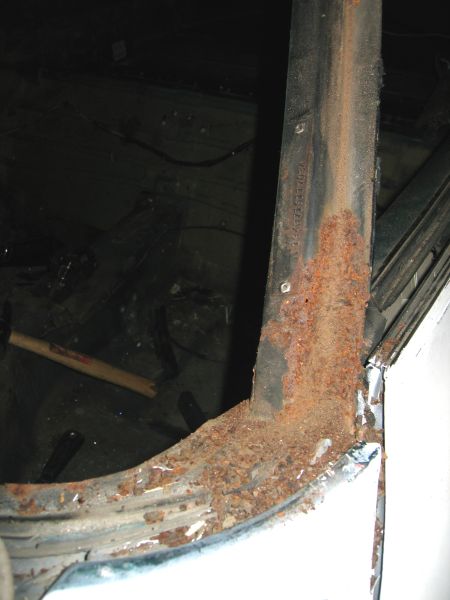 So, with areas of heavy corrosion found on the birdcage below the front fenders it became evident that the front clip and firewall would need to be removed to allow a proper repair. But, before this work can begin, the doors must be removed to allow access to the areas where the front fender is bonded to the firewall. Luckily, removal of the doors is very straightforward – simply remove the eight bolts shown below and the door lifts right off. This is definitely a two person job. You really need to have a second person to support the door while the bolts are being removed. Luckily my buddy Curt came over for the afternoon and helped me tackle this chore along with a few other items. 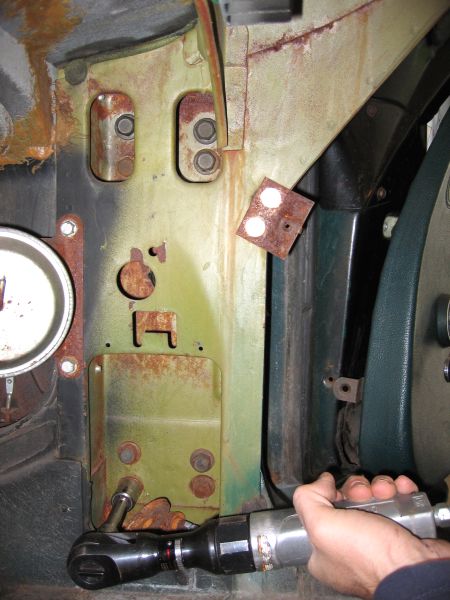 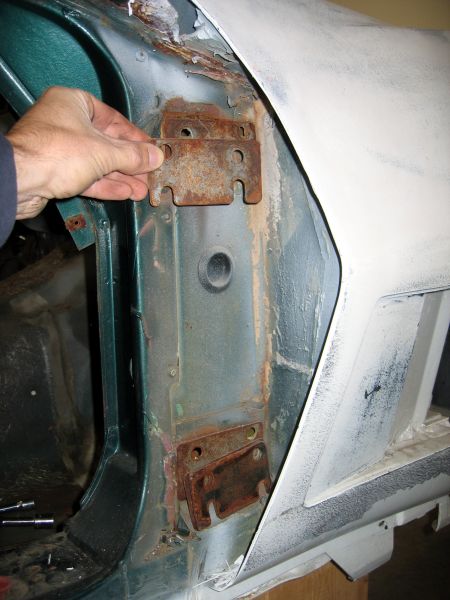 For the time being I set the doors aside in a safe place. It’ll probably be a few months before I get back to them… 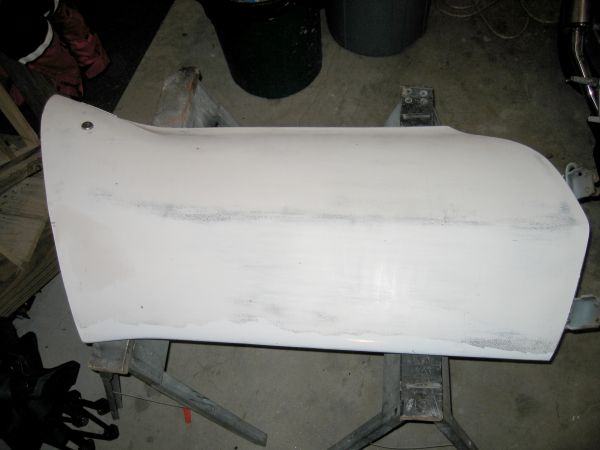 With the windshield trim, windshield and doors removed I’m now ready to tackle removing the front clip and firewall… 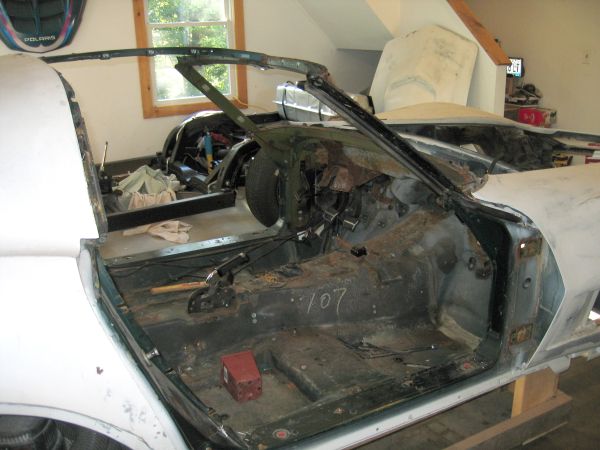 Removal of the front clip and firewall is a big job but I hope to cover all of it in my next update. Stay tuned!