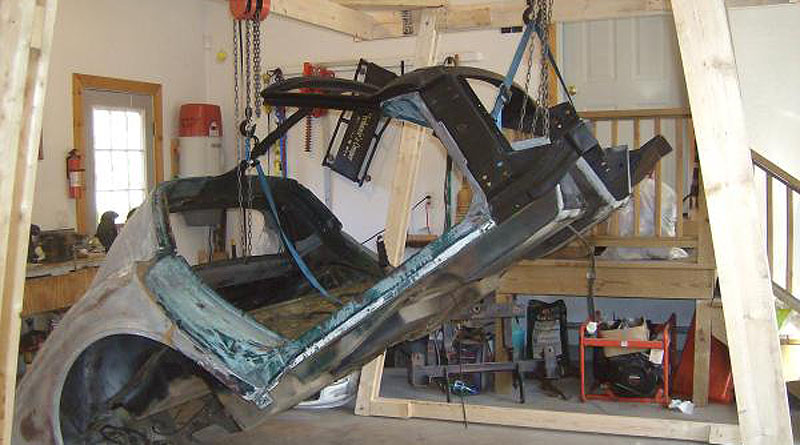 Continuing the ongoing effort of cleaning up and painting the firewall, this update focuses on cleaning and painting the miscellaneous parts and hardware for the firewall. Much like previous parts and pieces of the car, all metal components were thoroughly wire brushed and then soaked in an acid solution to remove any remaining rust. Once the rust was removed each piece received a coating of self etching primer followed by a top coat of satin black paint. In the end several of the components with painted only with clear coat to duplicate their original factory finish. 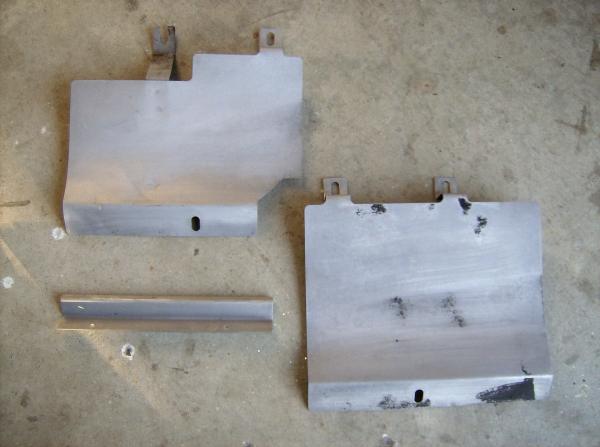 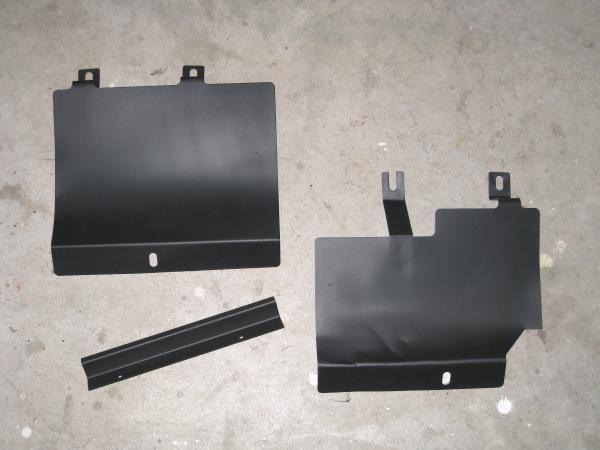 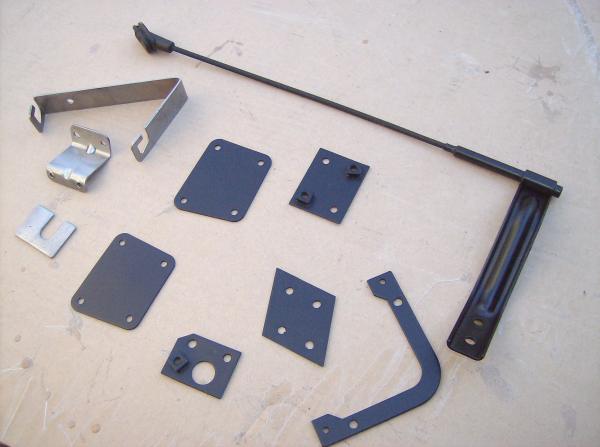 While cleaning and painting the firewall components I also decided to tackle the pedal assembly. Like the other components the pedals were primed and then painted with satin black paint. 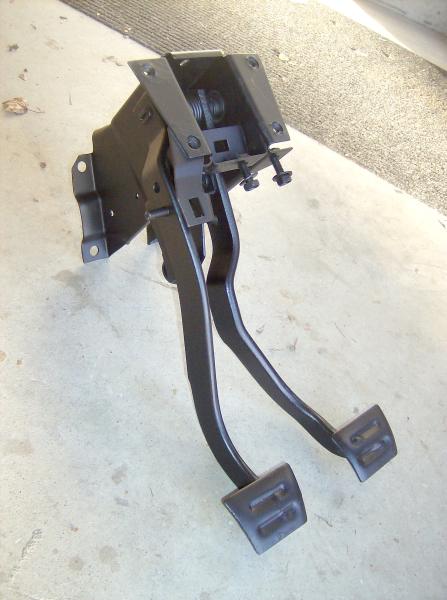 As the firewall components were drying my effort focused on devising a lifting device for the Corvette body. I knew that, before remounting the firewall to the car, I wanted to clean and paint the underside of the body. However, accessing this area was next to impossible with the car on the rolling dolly. Since I knew that a lifting frame would ultimately need to be developed to lift and install the body back on the chassis, I decided now would be a good time to develop something. After giving the subject some thought and consideration I devised a lifting rack to help get the job done. I secured it against my garage door track brace to achieve the needed side-to-side stability. 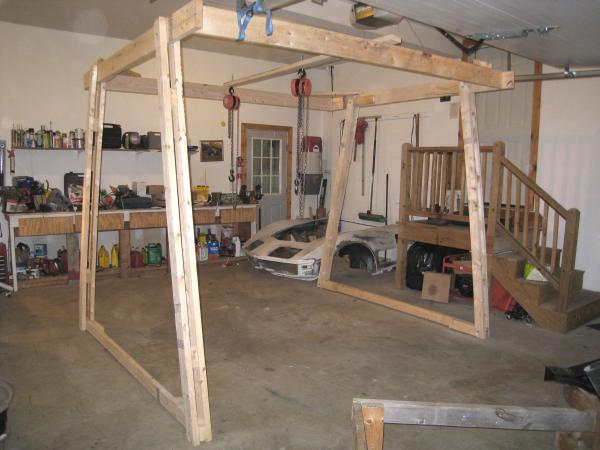 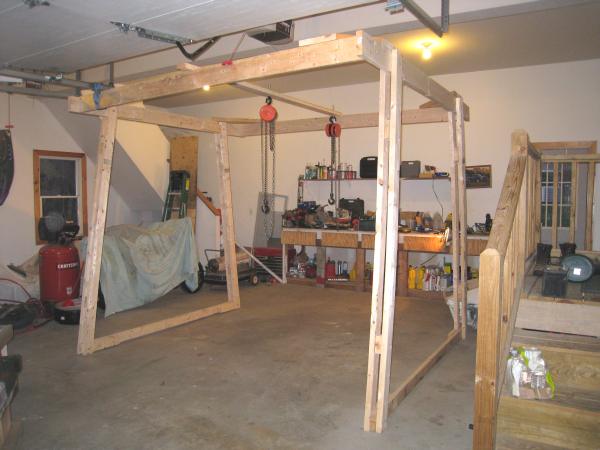 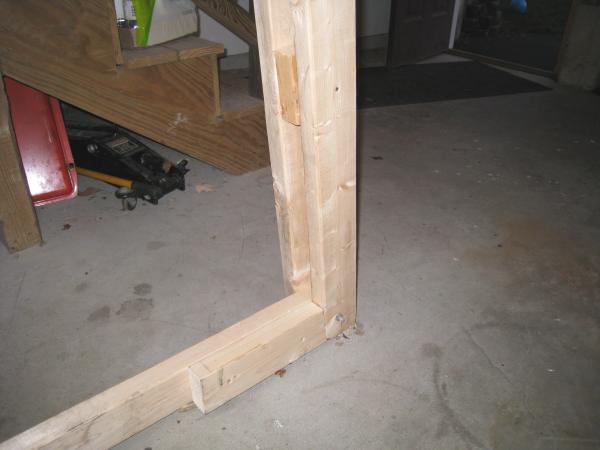 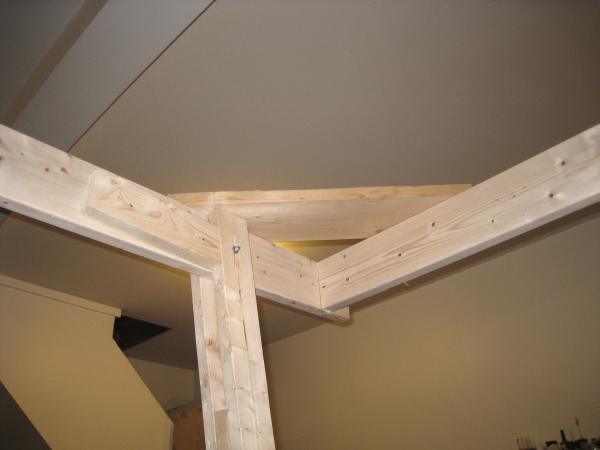 Here I’ve got the body of the Corvette (without the front clip) suspended from the lifting frame and positioned to allow access to the underside of the body for cleaning and painting. 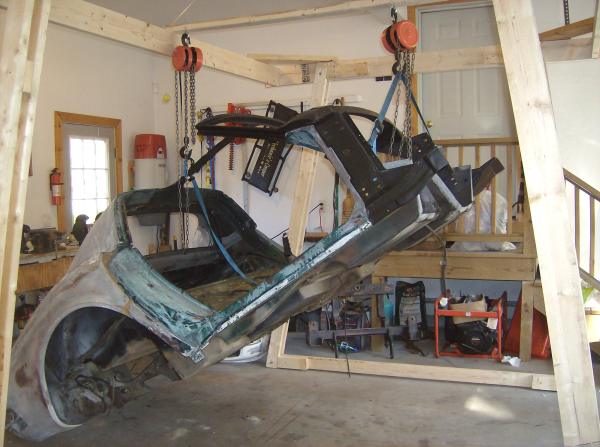 After removing the transmission tunnel insulation, wires, and cables from the underside of the body, followed by a good deal of scraping, degreasing, and cleaning, the underbody was ready for paint. 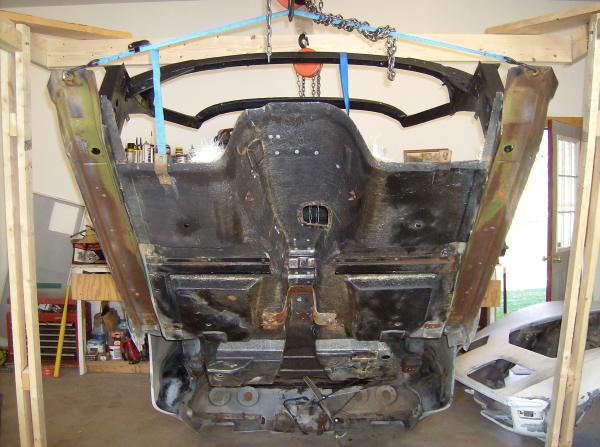 Here’s the tunnel insulation after being removed form the car. Although it looks relatively intact in this picture, it actually didn’t survive the removal process very well and will likely need to be replaced. 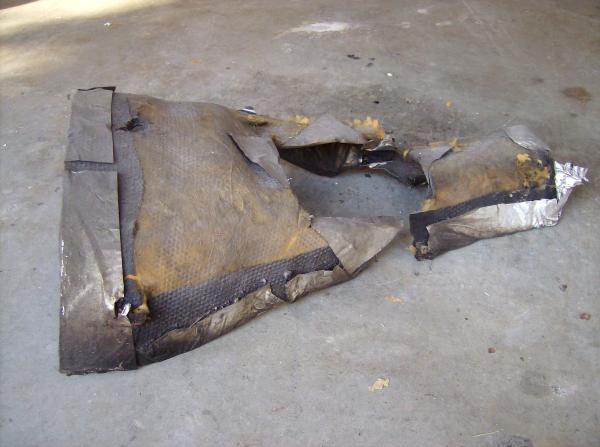 Considering that almost nobody will ever see the underside of the car, spending $200 on paint really wasn’t all that appealing of an idea. Instead, I bought a quart of semi-gloss black Rust-Oleum paint for less than $10 and sprayed the car underbody with that. 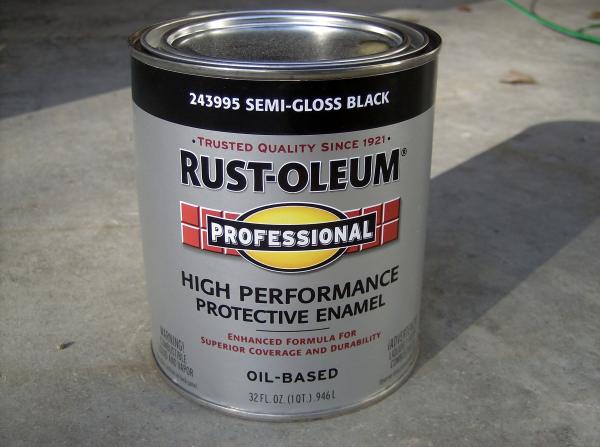 The Rust-Oleum was quite thick but sprayed on fairly well and provided a nice finish. The luster was a bit more glossy than I would have liked, but overall I’m pretty pleased with the end result – especially considering the cost. 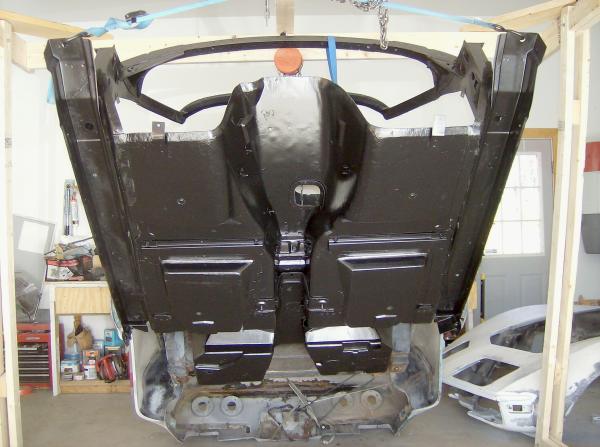 That’s all for this update. I’m continuing to work with all the minor parts and pieces to the firewall to get those ready for reinstallation.