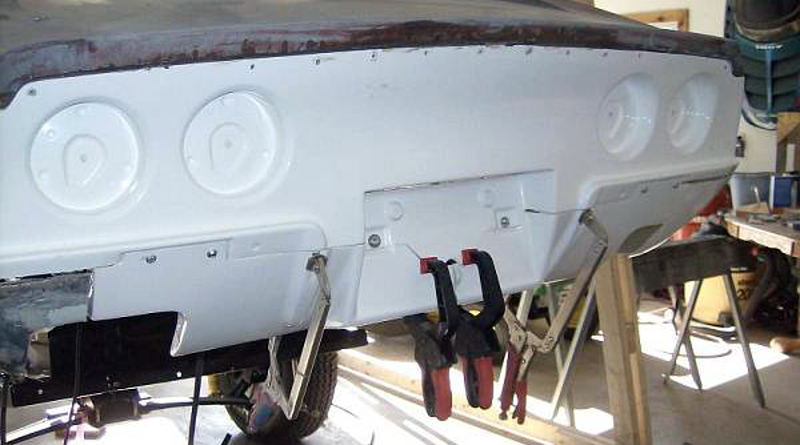 As work to wrap up repairs to the rear clip of this 1971 Corvette continue, a new rear valence panel will be installed to replace the heavily damaged original. Similar to the other replacement body panels purchased to date, a hand laid replacement was ordered and was soon delivered to my doorstep. Soon after it arrived, I started work on fitting the panel in place. 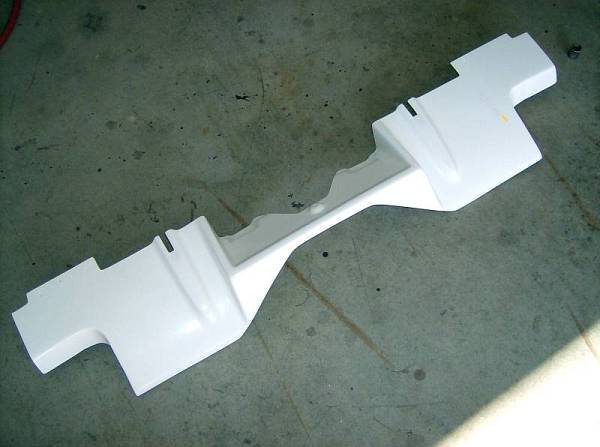 During fit-up it quickly became obvious that a bit of modification would be needed to complete this repair. As illustrated in the photo below, the width of the license plate opening was wider on the tail lamp panel than it was on the lower valence panel. Considering both parts were ordered from the same vendor you’d think they would match. But, for whatever the reason, that wasn’t the case. So, rather than dealing with the  hassle of getting a new replacement panel,  I opted to resolve this relatively minor misfit on my own. 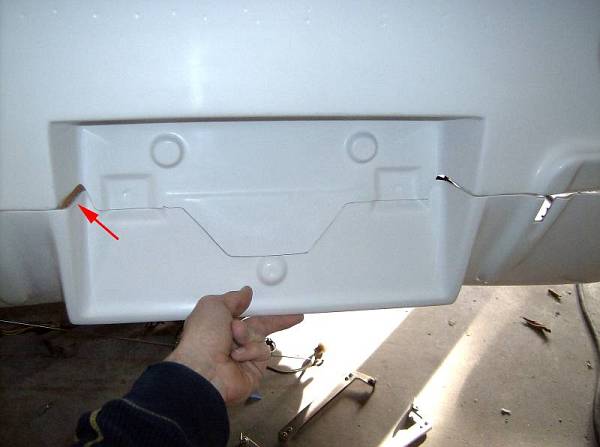 The simple fix was to cut the valence panel into two pieces, mount the two halves to the car, and then bond a piece to the backside of the valence panel to bridge the joint that was created when the panel was cut. Essentially this will form a structural repair that should stand the test of time. Additionally, if figure that, whereas most of this area will be hidden by the license plate, a bit of modification probably won’t be very noticeable anyway. 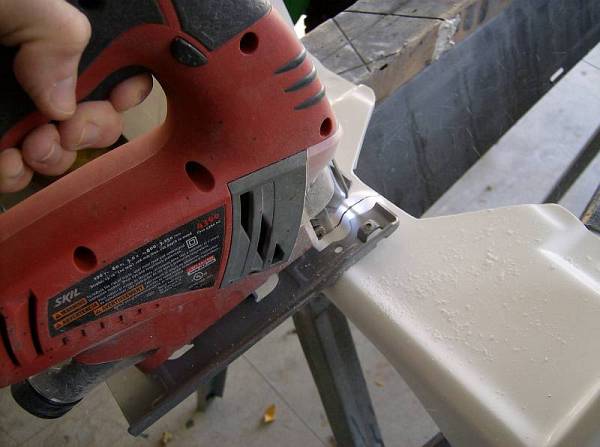 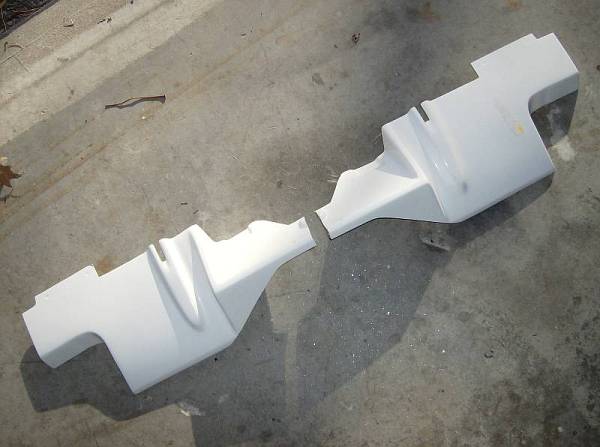 Next, each half was dry-fit to the car and temporarily secured in place. Similar to the rest of the body panels replaced as part of this project, machine screws will be used to temporarily secure the panel in place while the bonding adhesive cures. 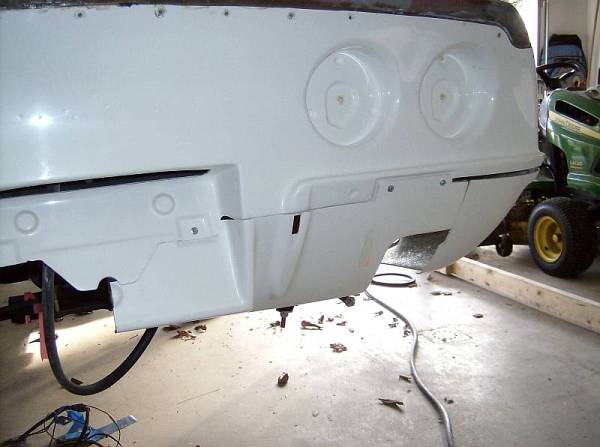 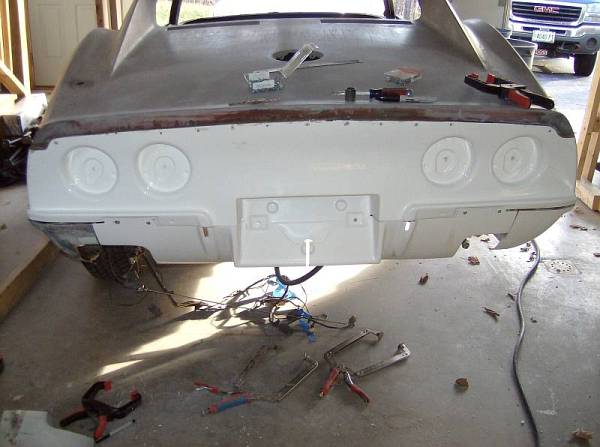 Once the fit of each panel was fine tuned several alignment marks were made to facilitate reassembly of the pieces. 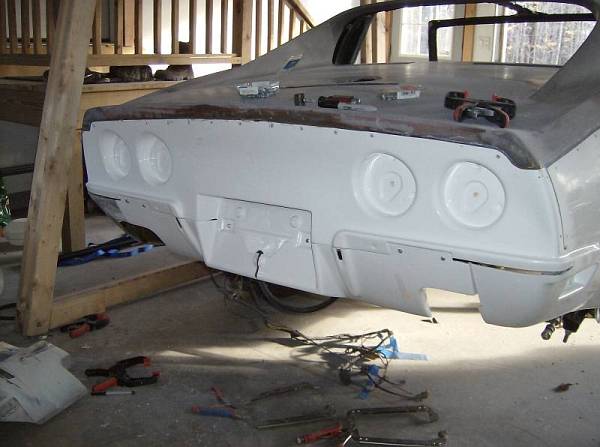 After taking both halves back to the work bench the bonding surfaces of each panel were roughed up using a die grinder equipped with a 24 grit sanding disc. 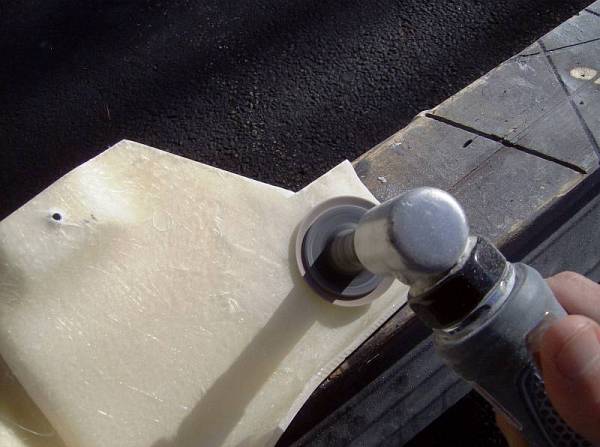 Next, a scrap piece of fiberglass was cut from the stock lower valence panel, the surfaces were sanded, and an alignment mark was made to designate the center of the piece. 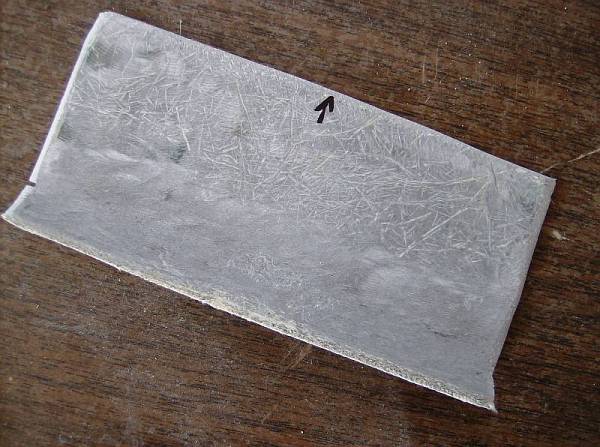 Once the surfaces were prepared all three components were dry fit together to test the fit. Everything looked great so it was back to the car with the panel pieces and some adhesive. 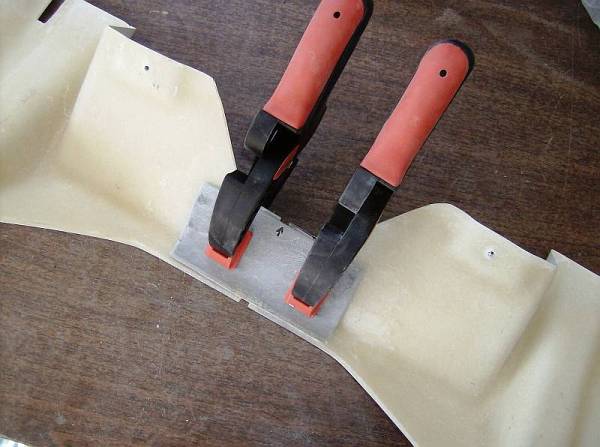 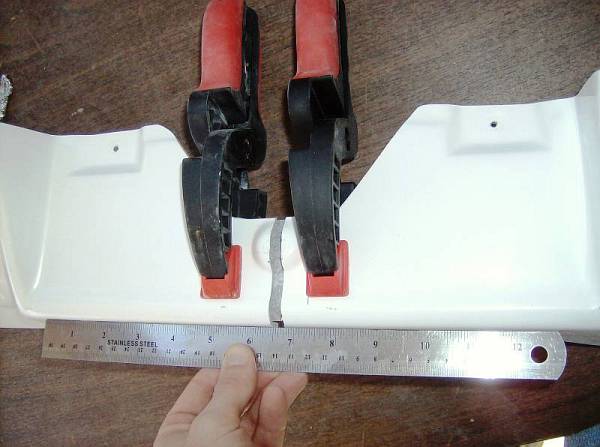 To start the bonding process an reasonable amount of Lord Fusor 127EZ adhesive was dispensed onto a piece of cardboard and thoroughly mixed. 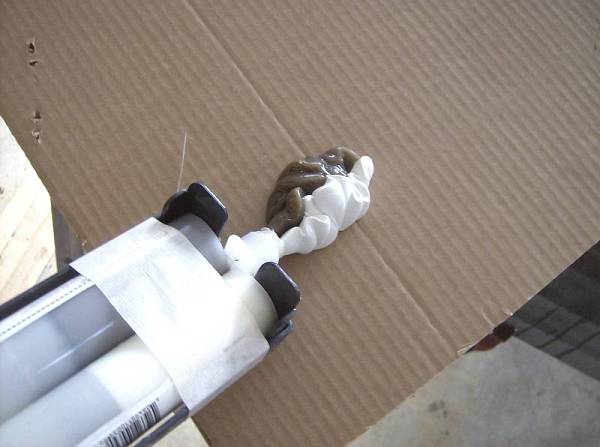 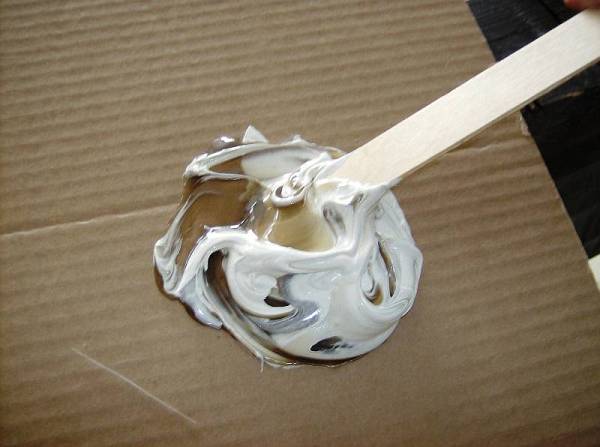 Once mixed, adhesive was applied to the bonding surfaces of the rear valence panel. Each section was then temporarily screwed in place on the rear tail lamp panel while the adhesive cured. 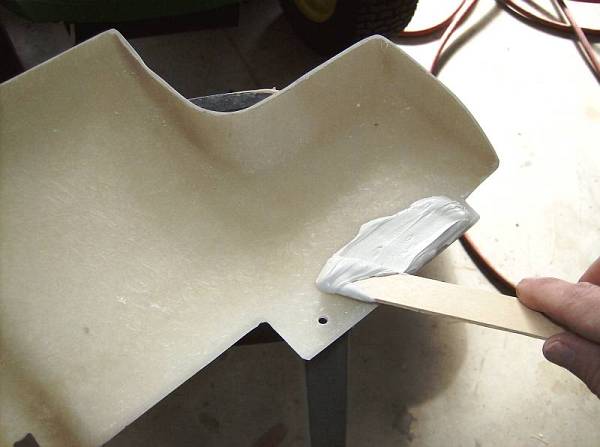 Once both halves of the valence panel were installed and the adhesive had set up, the patch piece was adhered to the back of the panel, spanning the joint that was cut, to form a structural repair. The resulting seam will be finished similarly to the rest of the body seams on the car. 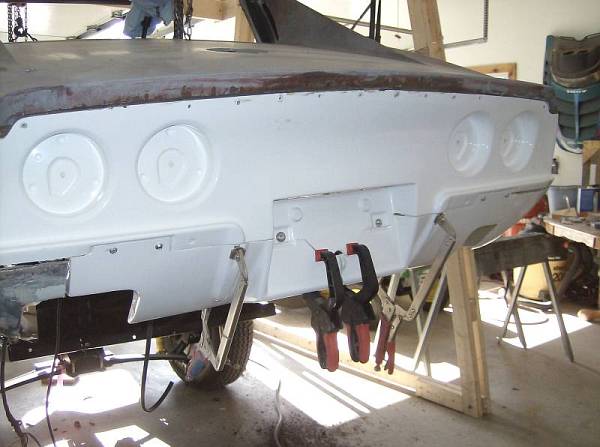 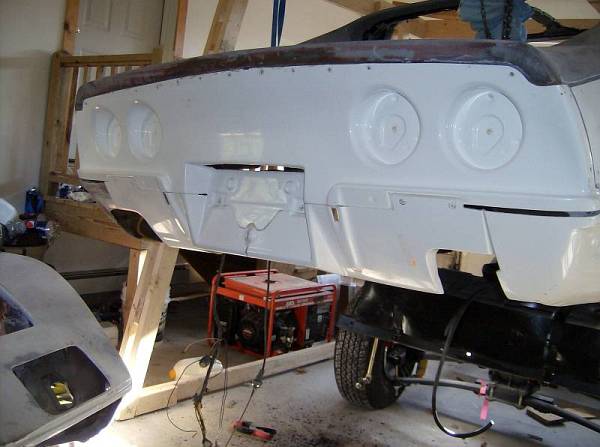 And that’s it for replacement panels on the back half of the car! A fair bit of finish work still needs to be completed on the rear clip, but those tasks will be tackled in the next few updates. For instance, the new rear quarter panel needs to be trimmed around the exhaust opening, the bonding seams between panels need to be finished and the openings for the tail lights need to be cut out. Stay tuned for another update in about one month. In the meantime, why not drop by the Corvette Restoration Forum for a little car talk? Also, don’t forget to friend this project on Facebook to receive the latest and greatest news regarding project updates and progress!