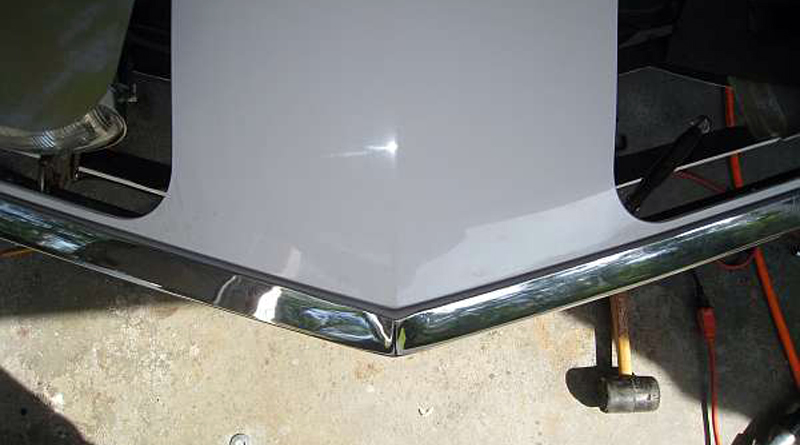 With the new front clip now installed on the Corvette it’s now time to focus on fitting and reinstalling the front and rear bumpers. This update will discuss this process, and outline a few of the difficulties I encountered along the way. From my perspective, installing the bumpers was the first step toward fitting up all of the trim pieces on my Corvette. This is an important step that needs to be completed before doing the final body work and preparing for paint.

To begin the process the front bumper support was installed by bolting it to the lower frame cross member which also carries the radiator support. Initially all holes were left finger-tight to facilitate adjustment of the bumper during fit-up. 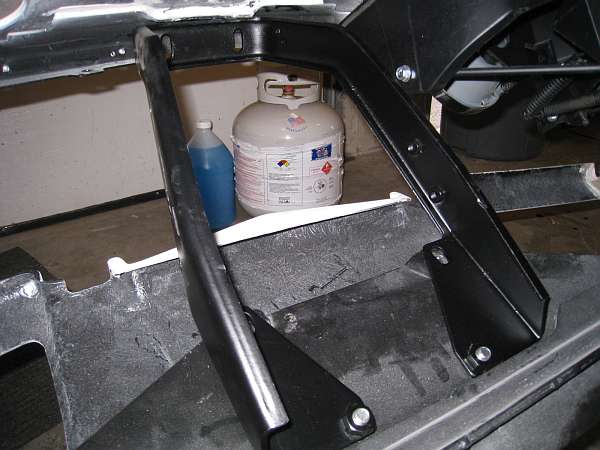 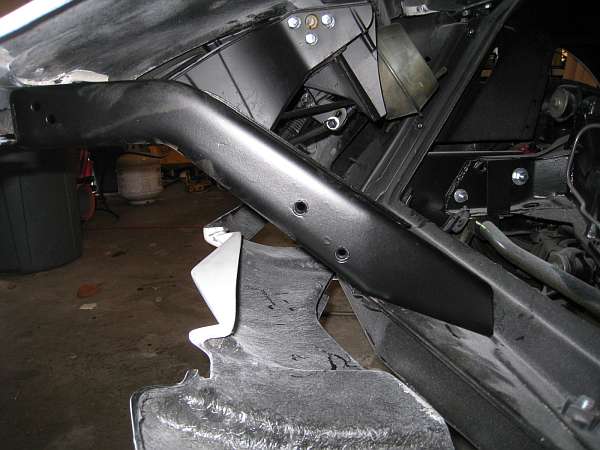 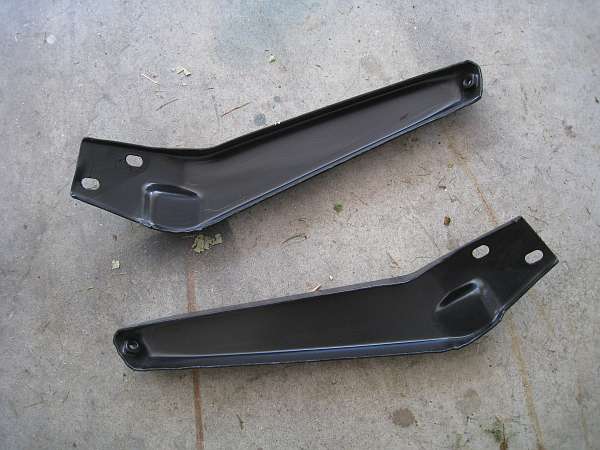 With all three bumper assemblies in place the front bumper was mounted and centered on the car. Unfortunately, it soon became apparent that I had made a goof during the fit-up of my front clip – I never checked the fit of the bumper. Although I had thought of it, I figured the bumper really wouldn’t dictate anything. However, after installing the bumper it was quickly apparent that, even with the bumper bracket adjusted as much as possible, a gap of about 3/4” was remained between the bumper and the body. This gap was way out of spec and much too large for my liking. I spent quite a bit of time trying to find ways to adjust the front framework and resolve the issue but had no luck. Ultimately I realized that, once the front clip is bonded in place, making significant adjustments in the bumper position was no long an option. Needless to say I was less than impressed with my oversight. 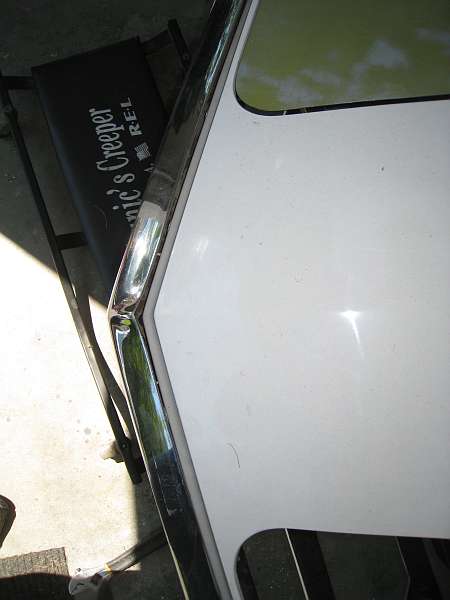 So, after coming to terms with the adjustment that needed to be made, the center bumper support was removed from the car and set on the work bench for examination. After studying the support for a while I decided to cut the flanges from the bracket and relocate them forward on the support. This would effectively shorten the support thereby moving the bumper mounting position toward the rear of the car. With a plan in mind I set to work cutting the bracket using a jigsaw. 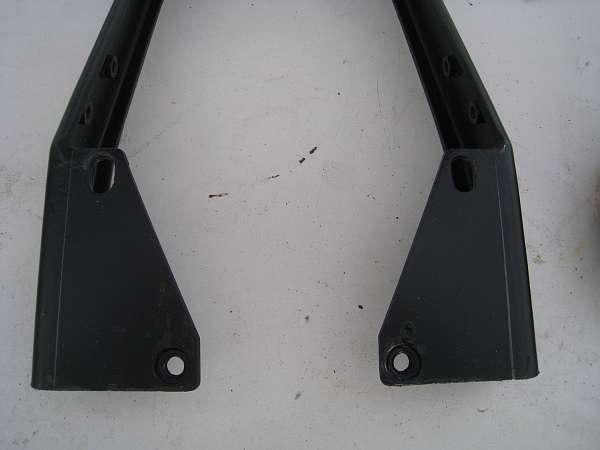 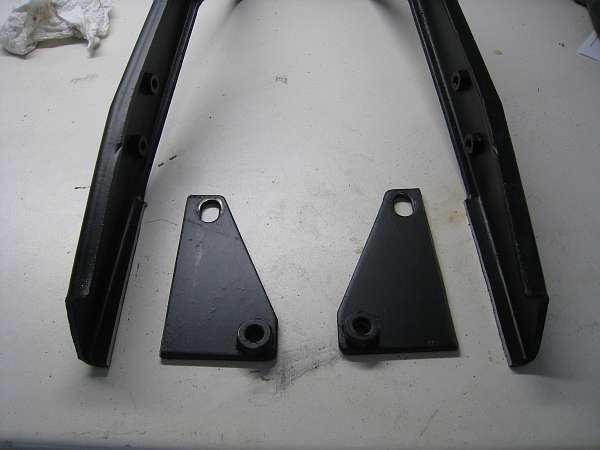 Once the flanges were cut each edge was ground at a 30 degree angle in preparation for welding. Next the flanges were positioned about ¾” forward on the bracket, clamped in place using a pair of vice grips, and then tack welded in place. 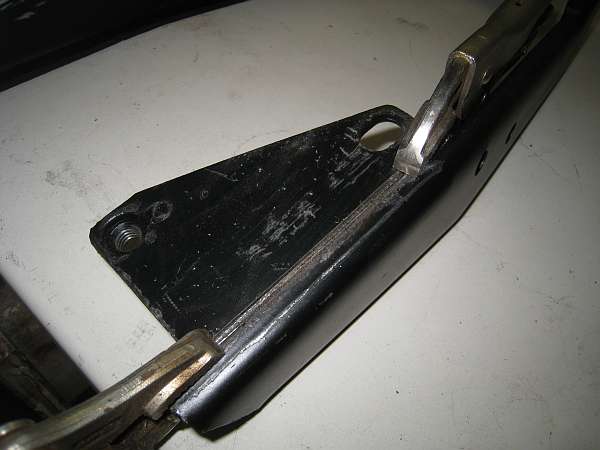 After tack welding the pieces in place the welds were ground flush and the bracket was mounted back to the car to see how the bumper fit-up looked. Thankfully the fit was great so the bumper and bracket were removed one more time, the protruding ends of the bracket were cut flush with the end of the flange, the two flanges were fully welded to the support bracket and the welds ground flush. 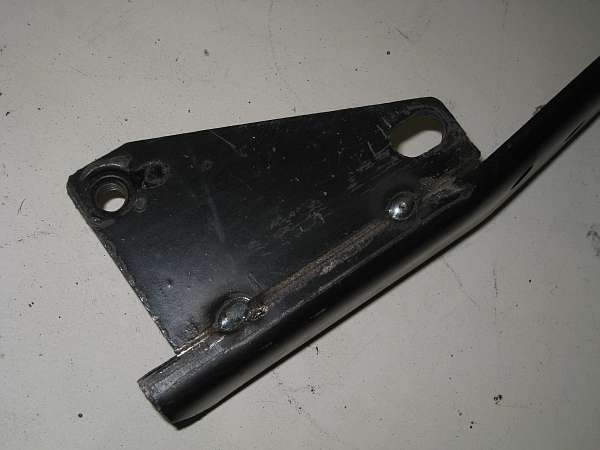 With the bracket now modified and repainted it was reinstalled, along with the bumper, so the remainder of the bumper fit-up process could be completed. 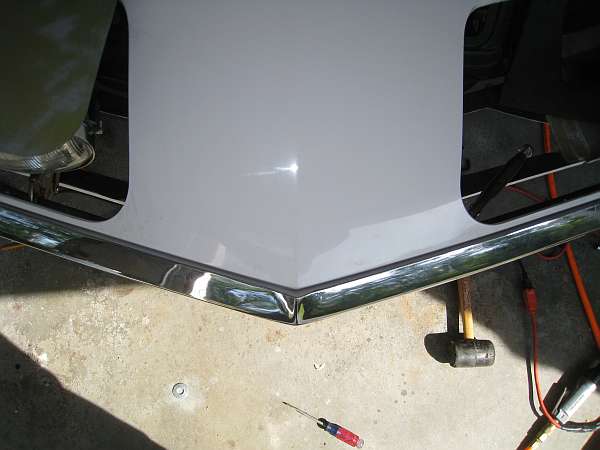 Now that the gap between the body and bumper was within spec the locations of the side bolt holes were marked out using a permanent maker. This was actually a bit tricky since there was no way to directly mark out the location of each hole due to limited access. To address this, the centerline of hole was marked at its top, bottom and sides. Once marked out the bumper was removed and the center of each hole was laid out using these marks. Because I was not 100% positive about the layout of these holes a small pilot hole was initially drilled and used to verify the lay out was correct. Following this verification the hole was drilled to the correct final diameter. 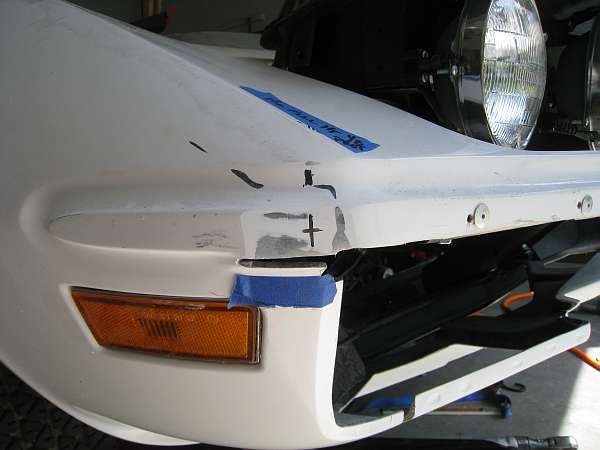 With the two holes drilled the bumper was remounted to the car and then bolted at the center and sides so the final fit could be visually checked. Despite my initial difficulties, and the modifications that needed to be made, I was pleasantly pleased with the final product. The gap between the body and bumper is about 1/8” and is uniform along both sides of the car. In addition, the top of the bumper is flush, if not a bit above, the top of the hood surround. The bumper tips also align fairly well with the body lines on the fender. All told I was pleased with the way the front bumper fit-up turned out.

Here are a few photos of how things ended up: 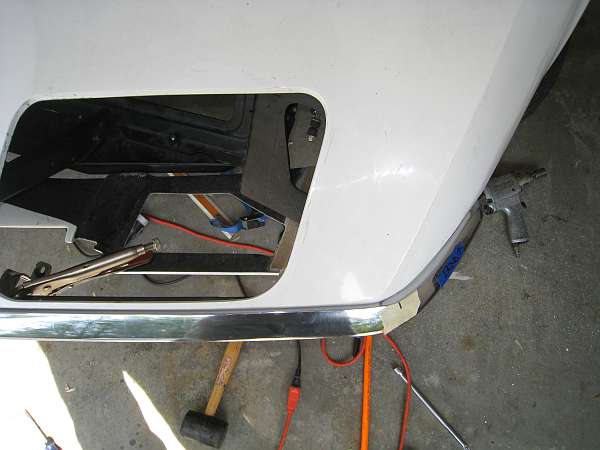 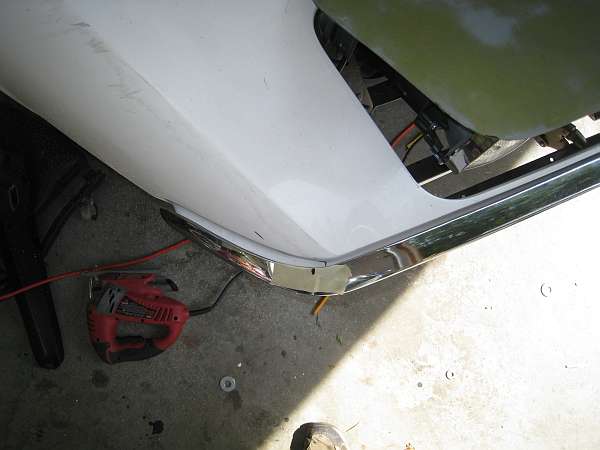 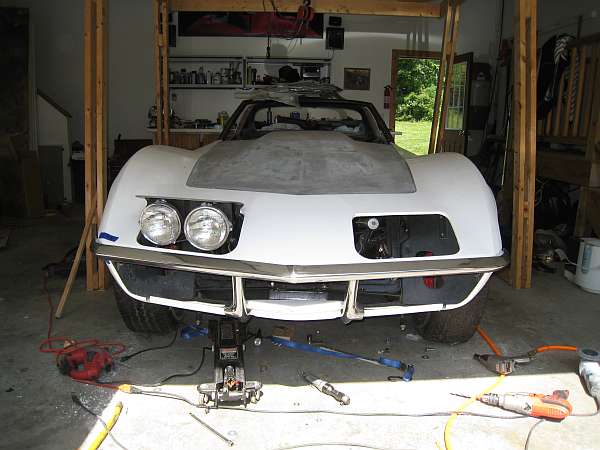 To being, the outer and middle bumper supports were attached to the frame and the lower support rod was attached to the bumper. Once again, all bolts were left finger tight to facilitate adjustment later on. Following installation of the brackets the bumpers were mounted in place and the process of adjusting the fit started. I really didn’t find there was a specific method to the adjustment, I simply continued to adjust the settings until the alignment and fit of the bumper was to my satisfaction. 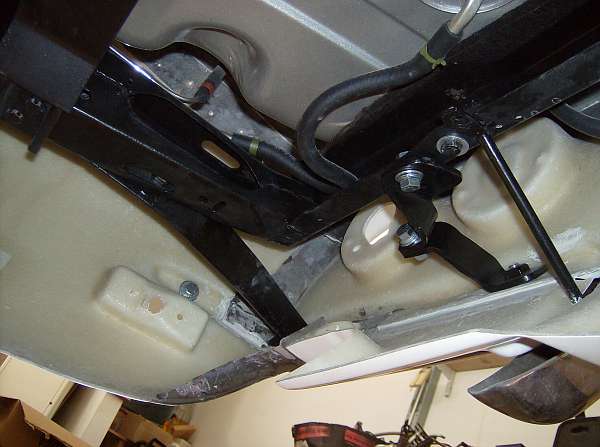 Similar to the front bumper, the rear bumpers had to be installed and removed multiple times during fit-up so tweaks could be made to the bracket positions, and so that bolt hole locations to be marked out and drilled. 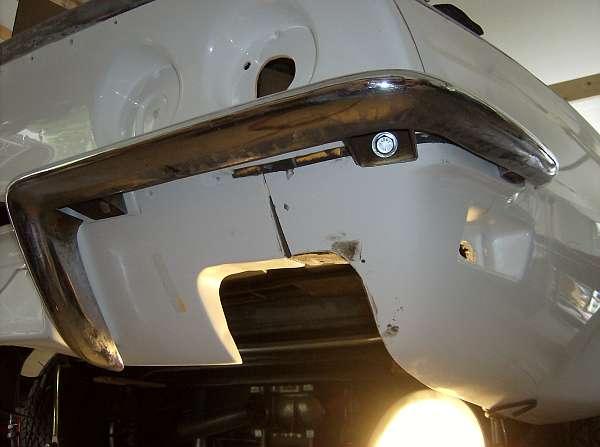 Similar to the front bumper, I was pretty happy with how the rear bumpers came out. The gap between the body and bumper was relatively even along the length of the bumper and the alignment at the front edge of the bumper (nearest the wheel wells) matched into the body lines quite well. 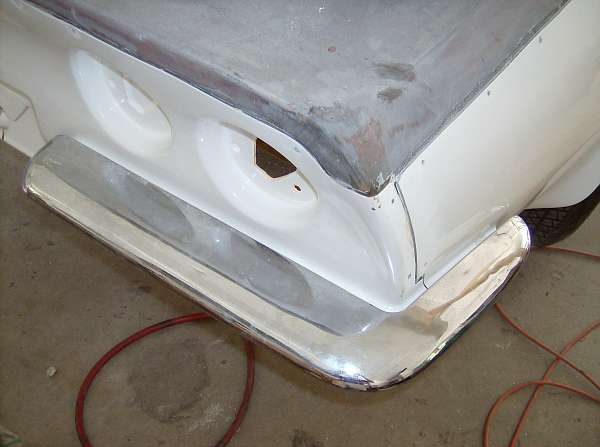 And there you have it, my Corvette now has bumpers again! Next on the list will be to continue with the fit up of all the various trim pieces and emblems – a fair bit of work for sure!

So that’s all for this update – hopefully another update will be posted in a month or two. In the meantime, why not stop by the Corvette Restoration Forum to discuss your project or just to say hi! You can also Like this project on Facebook to receive the latest news regarding project developments, updates, and progress